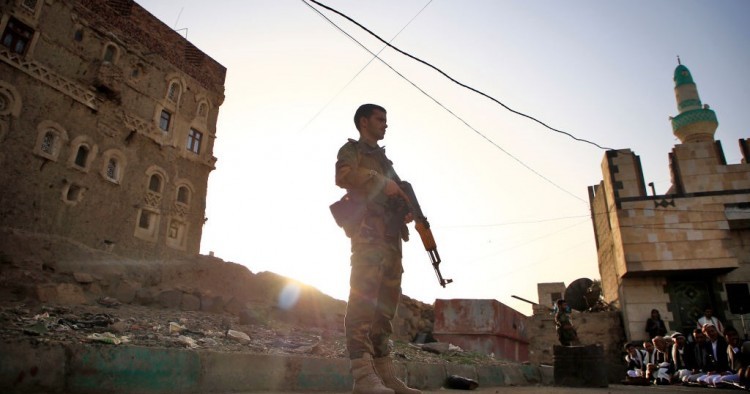 The conflict in Yemen poses a real threat not only to its immediate neighborhood, but also to global players such as the European Union. Although the country is located relatively far away from the EU’s external borders, instability on the Arabian Peninsula could seriously affect European interests and security. Control over the Bab el-Mandeb Strait, a vital maritime chokepoint located between Yemen and Djibouti and connecting the Gulf of Aden to the Red Sea, is one key factor. In addition, the conflict may result in a new wave of uncontrolled immigration to the EU, especially during the ongoing COVID-19 pandemic.

The conflict in Yemen is often presented as a proxy war between Iran and Saudi Arabia, although the Iranians deny this. Unlike the United States, the EU is not interested in ratcheting up regional tensions. The better relations between Saudi Arabia and Iran are, the better it is for the EU’s economic interests. The current rivalry seriously limits investment opportunities for European companies, especially in Iran. As long as Iran-Saudi Arabia relations are fraught, the United States will likely maintain its economic sanctions against Iran. A rapprochement, in turn, will likely not be possible until the armed conflicts in Syria and Yemen show signs of abating, and to this end, the EU has supported the peace process and provided Yemenis with humanitarian aid.

The most efficient way to support the peace process would be to fully engage and participate in UN-led efforts, which the EU is poised to do. In July, Janez Lenarčič, European commissioner for crisis management, declared, “The EU, together with other members of the international community, continues reaching out to parties and stakeholders in support of UN efforts to put an end to the war and get the parties to the negotiating table.” Yet goodwill is not enough, and actions always speak louder than words.

The EU, however, could try to persuade the key actors in the conflict to agree to a cease-fire and engage in a constructive negotiation process. Its greatest diplomatic asset is neutrality. If the EU combines its regional position with a promise of future investments and financial aid to post-war Yemen, it might lead to real progress. Yet such an initiative would not be possible without prior talks with the Saudi and Iranian leadership, and again the normalization of diplomatic relations between Tehran and Riyadh would be key to potential success.

Local efforts by the EU

In the meantime, the EU is active at the local level. The EU delegation to Yemen is engaged in various initiatives supporting the peace process and political transition. So far, the bloc has financed actions related to supporting informal national-level dialogue, local-level de-escalation, dialogue on regional perspectives for security cooperation, and the meaningful involvement of women in conflict resolution. All of the aforementioned initiatives are funded through the Instrument contributing to Stability and Peace, the EU’s mechanism to respond to conflicts and crises. In addition, the EU has led projects under its Peace Process Support for Yemen, which aims to “improve non-violent conflict transformation by strengthening local peace capacities and promoting and developing the capacities of civil society actors with regard to their understanding and active implementation of peace education concepts.” There are also instruments dedicated to supporting youth entrepreneurship and financial inclusion, and others geared toward strengthening community safety in Yemen. The biggest project, however, is devoted to the creation of a community health-workers network. This ongoing initiative is implemented by UNICEF with the total budget exceeding €31 million.

The EU is one of the major providers of humanitarian aid to Yemenis affected by the crisis. Since 2015 it has transferred more than $484 million, including $230 million in 2019 and 2020. Yet the EU’s share of humanitarian aid should be much bigger given its position in the global economy. In this context, it should be noted that the UN failed to collect the $2.4 billion it asked for at a pledging conference in June to provide essential assistance to Yemenis.

The added impact of COVID-19

The COVID-19 pandemic poses another major challenge for Yemen and has prompted the EU to take extraordinary measures to help the most vulnerable Yemenis. Under the EU Humanitarian Air Bridge, which became operational in July, over 220 tons of critical items are being delivered, and the EU has also increased its financial support for Yemen by an additional €70 million. The air bridge project is a part of the global EU response to COVID-19, supporting partner countries and fragile populations. Commenting on the air bridge, Lenarčič said, “The rapid spread of the coronavirus in a country that is already dealing with the world's worst humanitarian crisis, is adding another layer of suffering. Aid must get through today, not tomorrow. I urge all parties to the conflict to abide by their international obligation to grant unhindered access to impartial humanitarian aid organizations so they can help the people of Yemen.”

Taking the above-mentioned initiatives into consideration, it’s clear that the EU is proactively trying to support the peace process and provide Yemenis with humanitarian aid, adopting a multidimensional approach. The longer the conflict lasts, the worse it will be for the EU, and a peaceful settlement is a necessary step toward stabilizing the situation in the broader Middle East. In addition, EU officials are paying attention to the humanitarian dimension of the conflict and the protection of human rights. What is needed, however, is a substantial increase in financial assistance, realistic promises of future investments, and a bolder engagement in diplomatic efforts.