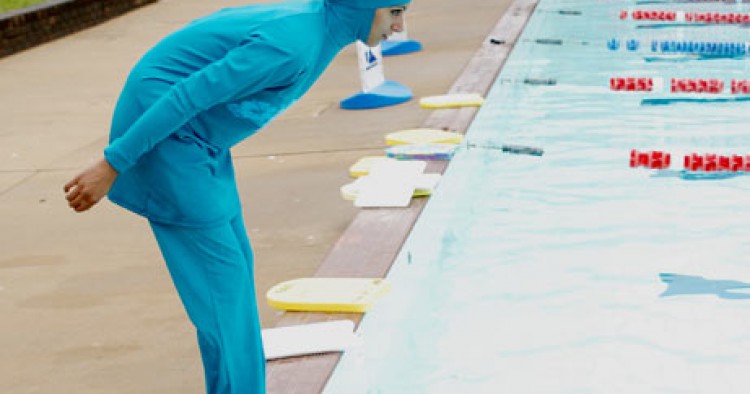 Children can learn many lessons from playing sports: leadership, self-confidence, and the concept of working toward a common goal are a few such lessons. These are all skills that, when applied in life off the field, can augment the potential for success there as well.

For post-conflict and developing countries like Afghanistan, athletics is a unique tool for tackling social issues in a constructive manner. In addition, sports as an instrument for empowering women and girls in developing countries has engendered increased interest and support within the international development community in recent years. While the field of sports and development is still relatively young, evidence is growing that sports can play a key role in creating a safe space for women outside of the home and even go so far as to change the role of women in society over the long term.

The objective of this essay is to provide the reader with a general understanding of the role women in Afghan society inhabit and how that role is evolving for those girls participating in athletics today.

Historically, Afghan women have lived in a dichotomous space - the public world outside of the home and the private world inside the home. Traditionally, the public space is dominated by men with women tolerated only when made as invisible as possible, and even the private space involves some degree of negotiating between men and women on decisions made within the home.

Until the Soviet invasion in 1979, Afghanistan’s larger cities, particularly Kabul, were progressive and defied the dichotomous space norm, as men and women had near equal opportunity and access to education and athletics. Throughout the 1970s, Kabul University had co-ed classrooms. Meanwhile, on the sports front, school-affiliated girls’ teams in basketball and volleyball (the more traditional female sports) were prevalent throughout the city. Even though men dominated the athletic arena during this time, there was still a satisfying degree of participation of women as well - comparable, in fact, to the state of female athletics in the United States at the time, with Title IX not yet enacted.

During the next 20-plus years, both men and women had limited access to sports. Brutal warfare dramatically changed the cultural landscape of the country. The “age of liberation” of the 1970s gave way to a period of harsh repression during the civil war of the early 1990s and under Taliban rule in the mid-1990s. Most Afghan children had no opportunity to play sports, much less receive the proper training and coaching necessary to attain a high level of success in athletics.

Today, revived school sports and national Olympic programs exist. New athletic programs for both men and women have been established. And, in the larger cities like Kabul and Herat, sports have become an area of greater participation.

A New Space for Women

Although the sport is still dominated by men in terms of rates of athlete participation and program management, athletics, for those girls who participate, has become a safe public space for Afghan girls to blossom and come into their own. Indeed, this is true not only in Afghanistan, but in other developing countries as well. According to Martha Brady of the Population Council, the sports arena has emerged as a safe space for women in developing countries to congregate and to challenge themselves in a competitive environment.[1]

While participation in sports has become a more acceptable female activity, there are a few caveats. Afghan sports officials take the precaution of ensuring the safety of female athletes through gender-segregated training and competitive environments similar those in Iran.

Indeed, Iran has created a model for female sports participation in an Islamic country. Their athletic infrastructure includes women’s coaches, trainers, and referees — as well as dedicated gymnasiums where girls and women can compete in a female-only environment. These gender-segregated arenas have provided a way for women to play sports, while also respecting the culture.

During my 2007 trip to Kabul, I interviewed a number of sports officials paving the road for the right of girls to play sports in Afghanistan today. Safiuallah Subat, a former soccer player and then-Chief of Physical Education for the Afghanistan Ministry of Education, shared with me his thoughts on how fast change should take place in a country just a few years removed from war:

How would it be possible, after what we went through, for women to already be out in the stadium, wearing shorts and competing while men watch along the sideline? If I take it too fast, and I do everything too quickly, then reactions will come and [girls’ sports] will stop completely. The community will stand against it and they will ban the whole thing for good.[2]

Though he understood and respected the right of girls to participate in a traditionally male sport, he questioned the pace of change. He asks the fundamental question that the country is facing on many levels today: Is Afghanistan ready for such rapid change?

A Club of My Own

In my recently published book, Kabul Girls Soccer Club, I explore the events that shaped the lives of a few of these ambitious athletes. Through soccer, these eight extraordinary girls have played an active role in changing the landscape for women in society and, in the process, found themselves. Below is a passage from one of the players featured in the book, Robina, who after taking up soccer, rediscovers herself:

Now, after playing soccer seriously for months, Robina is aware of her body in a new way. Before, it was her hands that were necessary to her: to carry water up the mountain to their house, to scrub the floors, or to write out her lessons. But in soccer, they are useless. Now she’s discovered her legs, her balance, the speed with which she can run. And her forehead, which she uses to butt the ball.

Before soccer, her legs and feet simply got her places, or kicked at rubbish or stones in her way. Now she knows each part of her foot intimately, the way it curves on one side, perfectly contoured to the side of the ball. She knows the strength of the broad, smooth sweep leading up to her ankles, and the dense, solid circle of her heel, perfect for pivoting.

Beyond these personal epiphanies, girls’ athletics has worked to change the attitude of the men and boys too, not just that of the women. According to Brady, “by seeing girls in this new action-oriented role, boys learn about the strengths, capabilities and contributions of girls and women, which in turn may begin to reshape male perception of appropriate roles for females.”[3]

There is still a healthy amount of negotiating taking place among the girls, parents, and sports officials about the role sports has in the lives of these young girls, and conversations such as these will play a factor in changing the role of women in Afghan culture. Equally the determination by society to overcome these struggles will ultimately have a positive long-term affect. The element of hope and the perception of possibility will ensure that the sports arena becomes a permanent space for women. These young girls are now playing not only for themselves, but also for generations of women to come.