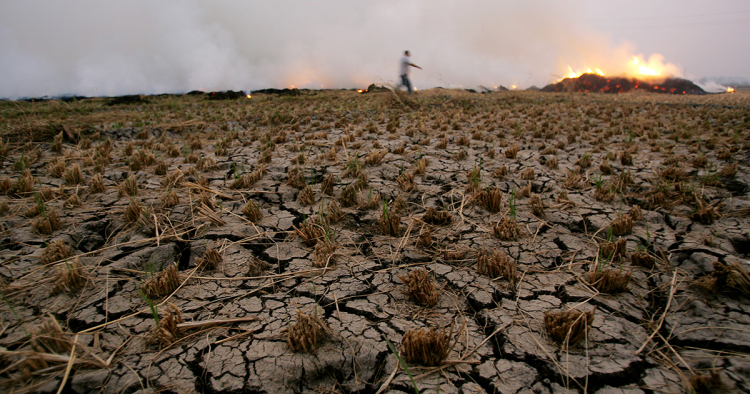 The most immediate threat posed by climate change to the Middle East, one that will be in the forefront of climate adaptation efforts within the next five years, is extreme heat. Average global temperatures have been projected to increase up to 1.5°C by 2030. In areas where a hotter climate is the norm, the actual increase in daily temperatures and the frequency of above-average temperature days could be higher. In extreme heat-prone regions like the Middle East, this could push daily temperature maximums well into the 50-60°C range. For coastal communities in the Middle East, these excessive temperatures alone are problematic, but when coupled with humidity and sea level rise, the cumulative effect can be devastating to infrastructure and human populations.

Extreme heat has direct implications for three important aspects of society that are relevant in the context of the Middle East: public health, safety, and development.

For the Middle East, addressing these immediate impacts of extreme heat requires a robust climate adaptation response in all sectors of administration and operations (e.g. government, utilities, and public services). But for that to happen, all the various sectors of governance will need to conduct climate vulnerability assessments prior to developing climate adaptation strategies, to evaluate how specific climate change implications affect their business. Doing so requires these sectors to comprehensively mainstream climate adaptation into their operations. This objective should be the focus and intended outcome of the Middle East in the next five years.

Mainstreaming climate adaptation into local governance is an achievable outcome in the near term for sectors in the Middle East to maintain climate resilience in a future dominated by climate change. But the process of mainstreaming climate adaptation into local governments, utilities, and public services begins with some key steps that also navigate several challenging obstacles:

Mohammed Mahmoud is the director of the Climate and Water Program and a senior fellow at the Middle East Institute.