Fallout in Pakistan from the Panama Papers 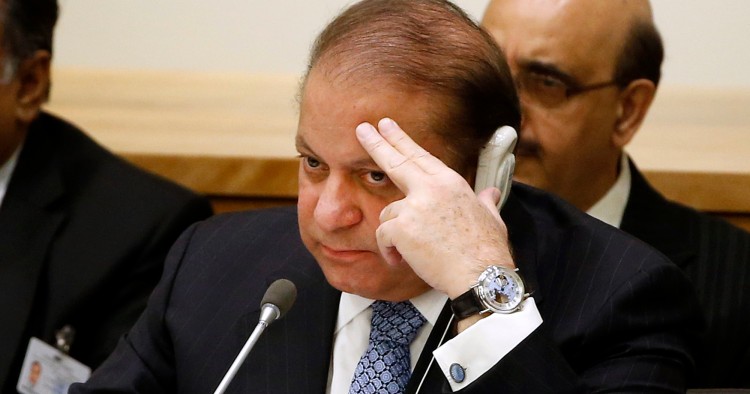 The aftereffects of the Panama Papers’s leak continue to linger in Pakistan, and their damage only seems to grow worse. Over the next several weeks, there is the possibility that the disclosures may usher in a major political crisis. Prime Minister Nawaz Sharif is being asked to account for the sources of income that have allowed his family members to buy expensive property in London. At issue is whether these individuals have used offshore companies to avoid paying taxes against their property. The prime minister has addressed the nation on TV and launched a series of public rallies to defend his position, but has thus far also avoided explaining what enabled the family to purchase its multi-million dollars holdings.

Despite the government’s efforts to diffuse the issue, persistent pressure in the form strong accusations and demonstrations by opposition parties, particularly Imran Khan’s Pakistan Tehreek Insaf (P.T.I.), have succeeded in keeping the matter alive. To stave off demands for Sharif’s resignation, the government offered to create a judicial commission to investigate corruption charges. Opposition parties protested that legislation creating a commission did not grant enough powers to the body to fully investigate the allegations.

An interesting turn in the story came on May 13 when Pakistan’s Supreme Court sided with the political opposition. Asked by the government to give its blessing to the commission, a letter by the chief justice instead wrote that the limited scope of the body will result in the creation of “a toothless commission.” The court in effect vindicated the opposition’s demands that a commission be given full power and that its findings be made known within 90 days.

In an appearance before the country’s National Assembly on Monday, Sharif pushed back hard against his critics. He suggested the forming of a parliamentary joint committee to draft terms of a probe of the allegations that would be “across the board."  The prime minister is plainly anxious to avoid a probe that focuses primarily on the Sharif family and targets him. He has made the point that nowhere in the leaked papers is he specifically named and he reminded the legislators that his family was wealthy even before he entered politics. Sharif refused to answer a set of seven questions posed by the opposition parties in the assembly, and when he had concluded his remarks they walked out of the assembly to plan their next move.

The government is under pressure from another source. In a recent meeting between army chief General Raheel Sharif (no relation) and the prime minister, the general reportedly told the prime minister to resolve the issue as soon as possible because of its negative impact on the progress being made in Operation Zarb-e-Azab—the military campaign that begun almost two years ago to clear tribal areas of armed, anti-state insurgents—and on the China-Pakistan Economic Corridor project. The latter involves plans for China to provide $46 billion to upgrade Pakistan’s infrastructure, including funding for roads and railways that will link China’s Xinjiang Province with Pakistan’s deep-water port at Gwader on the Indian Ocean. Army involvement with the charges against the government also comes at a time when the army chief is promoting a policy in the military of no tolerance for corruption, having recently sacked six serving army officers including two generals. The military establishment has left little doubt that it is expecting the civilian government to similarly take strong actions against corrupt individuals and, with the Panama Papers clearly in mind, that the investigation start with the prime minister’s family.

Family members, who are among his most trusted advisors, may well be found guilty in a thorough investigation. Most observers in Pakistan expect that strongly damning evidence will result in immense pressure on Nawaz Sharif to resign from office. If so, in order to avoid holding a new national election, his replacement would be made from a leading figure in Sharif’s party, the Pakistan Muslim League-N (P.M.L.-N). Despite an indictment against the family, there might be an effort to have his brother, Shahbaz Sharif, the incumbent chief minister of Pakistan’s largest province, replace him. Party members may, however, decide to go for new elections in which the still popular P.M.L.-N could try to present itself as a victim of political machinations and plead to be allowed to complete its high-profile development projects.

The fate of the Nawaz-led government should be known fairly soon. It is not likely to go easily. The intentions of the military are critical. Should widespread agitation occur, the army could be expected to intervene to overcome an impasse, but it might also use the occasion to fashion an outcome that formalizes its power. The United States will have a very limited ability to influence the course of events, but would prefer stability and, if a major change occurs, will encourage a smooth transition. Washington will no doubt express its preference for retaining an elected civilian government but, if necessary, as in the past, find reason to make its peace with military rule.