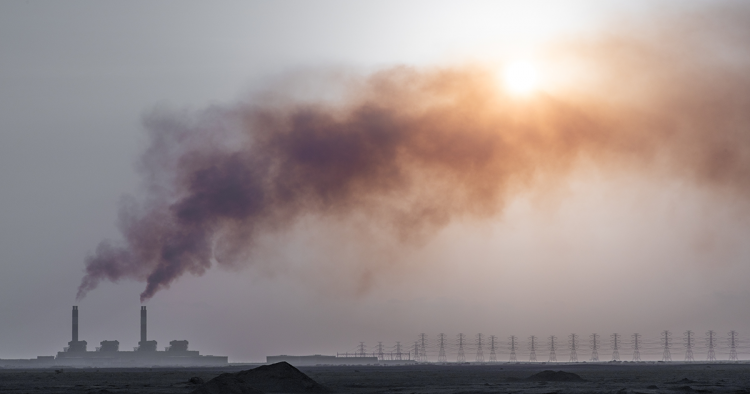 When it comes to the Persian Gulf, saving the environment might seem like it would be the last item on the to-do lists of the region’s Iranian and Arab rivals. It is an urgent matter, however — and one that could help turn these foes into friends. The United States can play an important role in this: It has helped the region to resolve conflicts over water in the past, and it could do so again.

The Persian Gulf, a semi-enclosed, 600-mile-long body of water, is an extension of the Indian Ocean from the Gulf of Oman through its narrowest point, the 35-mile-wide Strait of Hormuz. Due to its geographical location and semi-isolation from other international waters, the Persian Gulf has a unique and diverse ecosystem. It is now under threat and some of its most precious marine species are on the brink of extinction.

According to Davoud Mirshekar, director of Iran’s Marine Biomes Office, climate change, waste mismanagement, and overfishing have left marine life in the Persian Gulf in a critical state. He urged legislators in the Iranian Parliament, the Majlis, to put new environmental protection laws in place and called for regional cooperation to save the remaining sea life.

Iran is facing drought and severe water shortages caused by decades of environmental mismanagement, population growth, and climate change, with wide-ranging economic consequences. Sandstorms, intensified by dried-up lakes, as well as record-high heat indexes and wildfires are believed to be largely the result of climate change. The effects are not limited to one country either. While they have become a serious public health crisis in Iran, they have also impacted the health and wellbeing of people across the entire region. It may not be realistic to expect that the region’s environmental degradation can be fully stopped or reversed, but any improvement will require urgent regional and international cooperation.

Marine pollution, although a problem in many parts of the world, has been particularly intensive in the Persian Gulf. Many species, such as turtles, fish, dolphins, and corals, have been harmed, as have mangrove forests, which are an essential nursery for fish and other animals. This damage is threatening the region’s human residents as well. Fishing is the primary livelihood for many people living along the coast in the Persian Gulf and pollution is an existential threat to their food security.

Over-exploitation has become a growing problem in recent years as well. While the demand for shark and other sea products in Asia has increased dramatically, fish stocks in the Persian Gulf have fallen to critical levels. However, a lack of regional data has made it exceedingly difficult to determine which species of sea life are most vulnerable. According to experts, it is crucial for Persian Gulf littoral states to collect and exchange data to address this issue and prevent catastrophic extinction.

In addition, the region also bears the scars from several destructive wars, including the 1980-88 Iran-Iraq War, the 1990-91 Persian Gulf War, and the 2003 Iraq War, all of which caused substantial environmental damage, as well as the loss of countless lives. During the Gulf War alone, some 11 million barrels of oil were poured into the Persian Gulf — and that represents only part of the war’s environmental cost. Chemicals, power plant runoff, and radioactive materials have also flowed into its waters. The results are dire: Marine life is at risk and endangered plant and animal species are disappearing at a growing pace.

Rich in resources, but lacking in regulation

The Persian Gulf is also rich in natural resources. Most of the region’s oil fields are located in the Persian Gulf basin, and much of the region’s pollution comes from states with significant oil reserves. In 2018, about 21% of global petroleum liquids consumption flowed through the Strait of Hormuz, making it the world’s most important oil transit chokepoint.

Due to significant evaporation, caused in part by the high temperature of power plant runoff pouring into the Persian Gulf, the salt concentration of its waters is reaching dangerous levels that threaten marine life. Solid waste, carried by rivers during flooding, only adds to the environmental degradation.

Regulations and protocols for preserving and protecting the Persian Gulf ecosystem are few and far between. Pollution levels in local waters are several times higher than in other oil-producing regions. On average, 100,000-160,000 tons of oil and oil products end up in the Persian Gulf every year.

One of the leading causes of pollution is the proliferation of desalination plants, use of which causes extremely high levels of seawater evaporation. The Middle East accounts for around half of global desalination capacity and the largest concentration of plants worldwide is in the Persian Gulf region, of which 96% are located in the countries of the Gulf Cooperation Council.

Iran is relatively new to desalination. In its most recent development in this area, Tehran is planning to transfer water from the Persian Gulf at Bandar Abbas to desert regions across the country, such as Kerman, Yazd, and Hormuzgan provinces. The first phase of the project was inaugurated on Nov. 5, 2020 by President Hassan Rouhani and will involve the desalination of 200,000 liters per day of water for drinking water and industrial use.

There are conflicting reports on the cost and economic usefulness of this project. According to one of its advocates, Hossein Gafoori, former executive director of the Yazd water authority, the transferred water will “only” be used for industry. Many of Iran’s major industries, such as metal manufacturing, are located in the central part of the country and are currently facing water shortages. Solving this problem requires either moving these industries to port cities such as Bandar Abbas or transferring water from the Persian Gulf to these regions, and it seems the former would be more expensive than the latter.

Critics of the project warn that it will lead to massive pollution from wastewater — an estimated 130 million cubic meters in the first phase alone. In addition, according to Hossein Malekinejad, associate professor at Yazd University, the pipeline to transport the water will itself occupy hundred square kilometers of land, causing its own environmental damage, like deforestation, habitat destruction, and seawater contamination.

An urgent need for cooperation

With some Persian Gulf states looking to follow Iran in building their own civilian nuclear capabilities, cooperation and dialogue on preserving the region’s environment are more vital than ever.

Environmental damage anywhere in the Persian Gulf impacts the entire region, but a lack of cooperation among littoral states has threatened sustainable development. Despite their historic rivalries, Gulf states have cooperated on environmental matters in the past. One such example was the Kuwait Regional Convention for Cooperation on the Protection of the Marine Environment from Pollution, which was adopted in April 1978 by all littoral states: Bahrain, Kuwait, Iran, Iraq, Oman, Qatar, Saudi Arabia, and the UAE. As part of this convention, member states agreed to take individual and joint steps to “prevent, abate, and combat pollution of the marine environment.” Joint activities under the Kuwait Convention ended in 2006. There have been several attempts since then to revive cooperation on the environment and marine life, all of which have been unsuccessful, due to political tensions between the member states.

There are other international agreements that can provide a framework for cooperation as well. The Rio Declaration, a document produced at the 1992 U.N. Conference on Environment and Development, requires member states to protect the environment in times of armed conflict and encourages countries to cooperate on sustainable development. Although the declaration sought to help raise environmental awareness and guide member states toward sustainable development, it is not formally binding. There is also the 1982 Law of the Sea Convention (LOSC), which provides a framework for the protection of the marine environment; all Persian Gulf states, including Iran, are members.

Given recent statements regarding the need for dialog between Iran and its Arab neighbors, the time is ripe to promote regional environmental efforts as a means to spark broader cooperation in the Persian Gulf. This could be followed by attempts to discuss and resolve political and other outstanding issues in time, but urgent steps needed to save the environment should not be contingent on addressing them first.

More than 70 years ago, the United States helped to establish a three-person commission in 1948 to resolve a dispute between Iran and Afghanistan over transboundary water from the Helmand River, with members selected by both parties to investigate the issue. While the dispute was not entirely resolved, it did lead to the crafting of one of the very few agreements over shared water in the region.

In the same spirit, the United States must now try to bring together Arab and Iranian rivals in the Persian Gulf to address the region’s dire environmental situation. There is no time to waste and action must be taken before it is too late.