Finding a way forward in the Baghdad-Erbil oil dispute 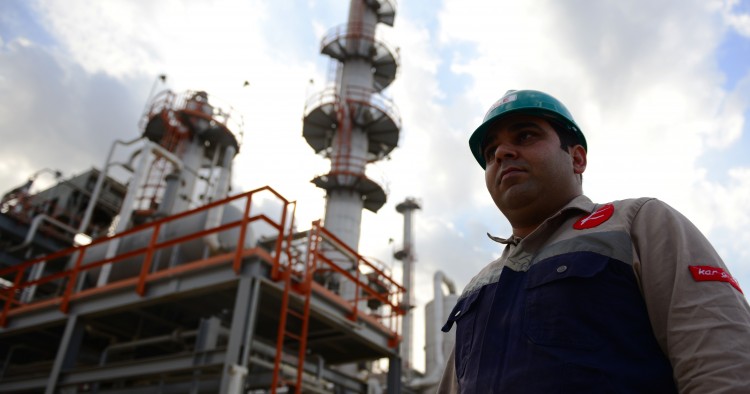 Disagreements between Baghdad and the Kurdistan Regional Government (KRG) over oil policy have been one of Iraq’s most stubborn problems. Resolving this issue would allow for better development of natural resources, generate more revenue that’s badly needed for reconstruction, and might potentially deflate competing claims to disputed territories.

There are three main considerations preventing a solution from being reached. The first is legal, and concerns the right to export oil under Iraq’s federal system. The second is distrust, rooted in the KRG’s desire to retain independent revenue streams free from Baghdad’s whims, and the latter’s reluctance to bankroll Kurdish separatism, real or perceived. The third is financial, dealing with whether the gains from unilateral action exceed those from cooperation. The financials are further complicated by KRG obligations to creditors who lent the region billions of dollars against future oil deliveries.

Iraq’s constitution, ratified in 2005, said oil is “owned by all the people of Iraq” but included only vague principles for management, leaving the details to a subsequent law that was never passed.

Immediately, interpretations of the constitution’s text and spirit diverged. The parties tried and failed to pass an oil law in 2007 then went in separate directions, developing the oil resources they physically control under different regimes. The KRG capitalized on political stability, better security, and an attractive contractual model, while Baghdad relied on its massive proven reserves, sovereign status, and reliable export routes. Neither felt enough pressure to compromise. As they became more confident in their respective policies, their views grew further apart.

Multiple short-lived deals followed under which the KRG received a share of the federal budget in return for handing over all or part of its oil to Baghdad. These failed when each side soon claimed the other had reneged. By 2014, the KRG began to unilaterally export oil via pipeline through Turkey. Soon it added Kirkuk’s fields — after Iraqi forces withdrew from the area during the ISIS onslaught — boosting exports to over 500,000 barrels per day (bpd). Another attempted compromise in December 2014 began to falter before the ink dried.

When the KRG held its referendum on independence in September 2017, it invited backlash from Baghdad, Tehran, and Ankara. The balance of power shifted in Baghdad’s favor and federal forces and allied militias advanced to reclaim Kirkuk and its oilfields, stripping the KRG of half its crude exports. Amid the hostilities, Kirkuk’s oil got stranded as the KRG controlled the export pipeline.

The appointment of Adel Abdul-Mahdi — a longtime friend of Kurdish leaders — as Iraq’s new prime minister in October 2018 opened the door for improved relations, easing the tensions that culminated in the referendum and subsequent hostilities. This thaw enabled an agreement to be reached last November to partially resume oil exports from Kirkuk, and paved the way for Kurdish support, if tenuous, for the 2019 federal budget.

A history of broken deals and unchanged fundamentals mean these compromises too could fail soon. Legal rights remain undecided as the Federal Supreme Court keeps delaying looking into the dispute. Trust isn’t built overnight. The financial opportunity cost calculus isn’t supportive either. The KRG weighs the value of payments from Baghdad against the potential market price of any oil it hands over to Baghdad. Moreover, the KRG may simply be unable to divert 250,000 bpd to Baghdad this year if it wants to avoid defaulting on its external debt.

There is, however, a chance of reaching a comprehensive agreement on oil policy during the Council of Representatives’ 2018-2022 term. The key is finding a new approach that can bypass the zero-sum calculus of power and control, reduce the need for “trust,” and create additional streams of legitimate revenue for the KRG. The downstream side of the oil industry is a promising place to search for this.

Conditions may be right for a breakthrough. With the referendum in the rearview mirror, the KRG needs a stable working relationship with the rest of Iraq. The region’s oil potential has not lived up to the initial claims of 45 billion barrels of reserves and 1 million bpd in production by 2015; reserves are now assessed at less than a third of that after several prospects disappointed operators. But every day northern oil fields are not exporting their full potential Baghdad loses millions of dollars that could go to rebuilding war-damaged cities or increasing electricity generation.

With these considerations in mind, the focus should be on finding a formula for creating interdependence instead of repeating the same old methods that failed over and over again and expecting different results.

To that end, oil refineries can be the key to a way forward. Specifically, the parties should pursue an arrangement, to be initiated during the 2018-2022 term, that sends oil produced in the Kurdistan Region, Kirkuk, Nineveh, and other disputed territories to refineries (current and future) in these regions instead of bickering over who gets to export it.

Existing refineries could be grandfathered in under the Law of Private Investment in Crude Oil Refining, which can be further amended to suit the broader strategy. To handle all the oil, current refineries could be expanded and new ones built. Both should be done as partnerships, ideally incorporating Western engineering and management, local private investment, as well as investments by suitable arms of the federal and regional governments. The latter would give both sides a role in management and offers additional streams of revenue through refinery operations that neither side unilaterally controls.

The refineries would generate reasonable profit for all stakeholders either in fees from processing the crude oil or the resale of fuels domestically, with the potential for the refinery to export surplus fuels after meeting domestic demand.

Such an arrangement would give the KRG no reason to withhold the oil because it will receive revenue from its stake in the refineries, and there is no perception of relinquishing any legal rights or authority to the federal government. Similarly, it would give Baghdad no reason to stop budget payments to the KRG because Iraq needs the refined fuels, and because the oil would be staying in Iraq with no diminishing of sovereign authority either.

The two sides would have to reach an understanding on other important points: the rights of foreign oil operators in Kurdistan and the region’s external debt. These are technical issues that Baghdad and Erbil can tackle if there is an overarching understanding on strategy. Debt can be restructured and reduced during the time it takes to put the refinery mechanism in place. The shrinking KRG oil potential means the risk to either side of accepting one contract model or the other for the KRG fields is less now than it was in 2007.

Baghdad wants its sovereignty respected, while Erbil wants a secure source of revenue that’s not subject to the whims of a future autocrat. These two objectives don’t have to be mutually exclusive, and this arrangement would allow Baghdad and Erbil to have their cake and eat it too. This won’t be a quick and easy solution, but if Baghdad and Erbil take this path now, their dispute might not have to go on for another 15 years.

Omar Al-Nidawi is a Middle East analyst focusing on Iraqi political, security, and energy affairs. He is the Director for Iraq at strategic advisory firm Gryphon Partners, a Truman national security fellow, and a guest lecturer on Iraqi history and politics at the Foreign Service Institute. The views expressed in this article are his own.