Five scenarios for the US-Iran conflict 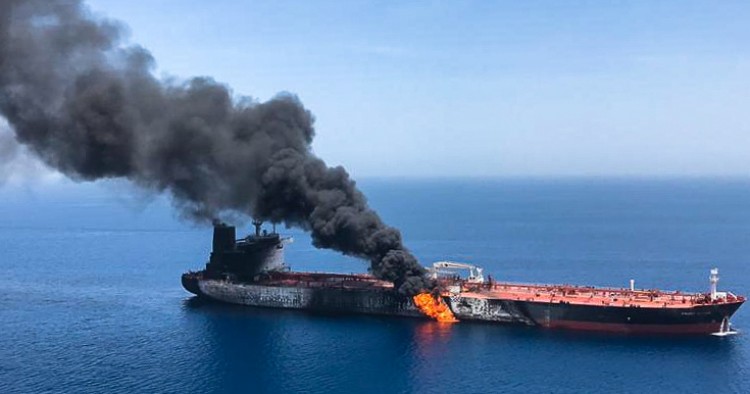 The U.S. and Iran are locked in conflict. Regardless of the details or culpability regarding the latest attack on two tankers in the Gulf, the conflict is centered on Washington’s “maximum pressure” campaign and Tehran’s response that it will not sit idly by while its economy is brought to its knees. Instead, Tehran has communicated that it will inflict a heavy toll on U.S. partners in the region, especially Saudi Arabia and the UAE, and that if it can’t export its oil, other countries won’t be allowed to export theirs either. This conflict system is likely to endure, at least until the U.S. elections in November of next year, as the Trump administration is unlikely to lift sanctions and Iran will not quietly accept its fate. Among the many questions is what shape this conflict might take in the weeks and months ahead. Below, I sketch out five possibilities.

Medium simmer: The U.S. might decide to escort ships through the Strait of Hormuz and continue to warn Iran against major disruptions; Iran could continue to measure its actions, staging deniable and limited indirect attacks within the region, without forcing a major escalation or significantly disrupting Gulf shipping.

High boil: In this scenario, the escalation ratchets up, but remains short of all-out war. Indirect attacks intensify against targets in Saudi Arabia and the UAE, and Gulf shipping is more significantly jeopardized, causing a serious spike in oil prices and insurance costs. The U.S. gets tougher on Iran, with possible limited attacks on Iranian naval assets in the Gulf or bases along the Iranian coast that are suspected of involvement.

Big bang: In this scenario, escalation leads to war. As a result of real disruption of Gulf shipping, or a major attack on Saudi, Emirati, or American personnel or assets, the U.S. launches significant air or missile attacks on Iranian targets well beyond the coastline. Iran retaliates with missile attacks on the UAE and Saudi Arabia, an all-out naval scramble in the Gulf, and proxy attacks on U.S. personnel, embassies, and bases in the region. This war would engulf Iran, the UAE, and Saudi Arabia. Iran would likely get Hezbollah to join the fight and unleash a missile barrage on Israel, which would then trigger a massive Israeli retaliation — and Lebanon and Israel would also be engulfed in the conflict.

These three scenarios are on the negative side of the ledger; it is important to lay out two more positive scenarios as well, although the second of these is very unlikely.

Limited de-escalation: In point of fact, both Donald Trump and Iran do not actually want a war or a major escalation. Iran wants some relief from crippling sanctions, at least until they figure out what to do with the next U.S. president; Trump wants to maintain the image of standing tough but also wants to avoid war, major escalation, or a spike in oil prices. They have a degree of common interest in limited de-escalation. But that won’t be easy. In this scenario, back- channel mediation would produce an understanding that Iran will ease off on major attacks, if the U.S. loosens the blockade somewhat, perhaps by extending waivers to U.S. allies and friends like Japan, South Korea, Taiwan, Italy, and Greece. This will be hard, but not impossible, for Trump to do. It might be enough to get through the next year without a major escalation.

Unlikely breakthrough: This scenario is highly unlikely, but President Trump has been known to turn on a dime, and he relishes declaring major deals, even when the terms are not much different than what prevailed before. He might need the appearance of a deal if the situation continues to escalate and it affects his chances for reelection. It’s possible — although very unlikely — that the Iranians, if conditions get desperate enough over the next months, might also attempt a “deal” with Trump, figuring that a needy Trump might cut a deal they could live with.

Which direction the crisis between the U.S. and Iran will take is impossible to predict, but short of a very unlikely breakthrough, the U.S., Iran, and much of the Gulf is likely to be mired in some level of conflict at least for the coming year.

Paul Salem is MEI’s president. The views he expresses are his own.