Forcible Eviction in Iraq: Past Practices and Current Crisis 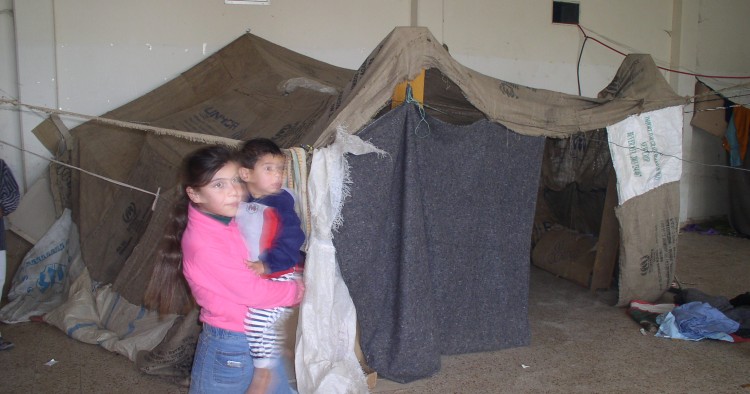 The issue of travel and refuge is not an odd or a new feature of world history or of the history of the Middle East. Stories of travel (Hijraa) and displacement are clearly highlighted in the religious literature of the area and deeply engraved in the principles and teachings of the Abrahamic faiths. Over the centuries, in the Middle East as elsewhere, the precipitating factors of mass population movement have varied from hope and ambition to despair and fear.

In living memory, Iraqi society has witnessed successive waves of population movement both internally and across its borders. Some of these migrations have been voluntary, peaceful, and ultimately beneficial — as people have sought and attained better living prospects and job opportunities. However, Iraq also has experienced forced displacement/eviction — the ugly face of human movement all over the world.

Indeed, forced displacement/eviction has long been employed by Iraqi societal as well as state institutions. It has been used as a preventive and protective measure against those who might endanger social peace and harmony. It also has been used as an instrument of tribal and social justice, that is, as a means of punishing individuals or groups for wrong doings that could not otherwise be remedied by financial and other types of settlement. This practice was part of the tribal and communal authority exercised in the absence/weakness or lack of confidence in the state power or jurisdiction. Some of these displacement decisions had limited or permanent effect periods and were passed individually or as part of a collective package judgment.

During the early years following the establishment of the state in 1920, Iraqi authorities imposed punishment by displacement or exile upon select politicians, community leaders, clans, and various population groups. At a later stage (following the 1958 republican era), this practice was applied against larger groups or ethnicities, expanding alarmingly to hundreds of thousands of civilians in total disregard of their suffering.

The pre-1958 state displaced different ethnic groups in the north. Meanwhile, it ignored the feudal aristocracy’s oppression of and commission of atrocities against peasants in the south by offering them shantytowns and degraded living conditions in and around Baghdad and other major cities. The post-1958 state continued these practices, but on a larger and wider scale. Individuals or small group misconduct resulted in punishment of the entire clan or tribe. The sanctions imposed on Iraq in 1991 turned into a punishment of the entire nation. Hundreds of thousands left the country in an effort to escape their increasingly desperate circumstances.

It may be fair and reasonable to assume that the practice of forced displacement as a form of collective punishment originated in society and was adopted by the state. The Iraqi state born in 1920 has its roots in both Ottoman administrative practices and British colonial ethics and principles. The result of this unwieldy combination has been Iraqi institutions that value work over deliverables and that implement what others plan. The “others” — those who plan — are politicians or leaders whose authority may not be questioned and who are generally unaccountable. This model, or rather pathology, of the Iraqi state persists. And it is precisely this dominant and pernicious characteristic of the Iraqi state that has been responsible for the forcible evictions of a massive number of Iraqi citizens over the years.

Since 2003, more than five million Iraqis have been evicted forcibly from their homes in different ways and by all warring parties. Half found their way to neighboring countries while the other half is internally displaced. Those temporarily located in Syria, Jordan, Egypt, and other countries have found themselves living in difficult, if not desperate, conditions. As a result, they have found themselves questioning their previous norms and beliefs in relation to the host countries and to their own country. The inherited principles of solidarity and pan-Arabism practiced for decades failed the test after the harsh and bitter experience of Iraqis who crossed the borders. Far worse is the experience of internally displaced Iraqis, brothers in faith and fellow citizens of those in various governorates who nonetheless have been less than welcoming. In both cases, the host communities saw them as a burden, security risk, competitor, and a nuisance. Some of these reactions may be justified by the limited resources and job opportunities of the receiving communities; however, this reception has created a deep sadness fused with bitterness among displaced Iraqis. Their dignity and standards of stability have fallen victim to the rules and regulations of the host country, and also to uncertainty about their future.

Communal terrorization and threats to adhere and submit or to risk becoming a "legitimate" target, and non-willingness to accept and tolerate others on equal grounds makes the current eviction phenomena a continuation of the previous bad experiences that are widely complained about. The possibility of return is hampered by the ethnic and sectarian ghettos that have been established to control violence. It is also hampered by the apparent absence of a workable arrangement for a long-lasting solution. The status quo situation of a divided society forces the evicted community to take the only available though bitter choice of staying away. The continuation of this trend eventually will threaten the breakdown of social ties and relations in a society that highly esteems extended families and communal and tribal connections.