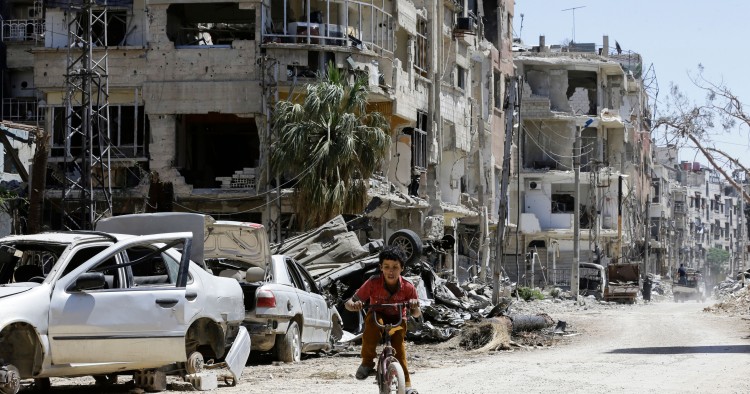 East Ghouta, a region to the east of Damascus in Syria, is a dark example of the reimposition of the Assad regime’s authoritarian rule over a community once controlled by the opposition. As collective punishment for years of opposition control, East Ghouta has been subjected to the harshest conditions of any of the territories retaken by the regime in 2018. The region is now a “black hole” of information due to widespread fear among residents, and the situation there attracts little attention from the international community. This paper, produced in association with ETANA Syria, shines a light on what the regime’s military rule looks like on the ground and the resulting human rights violations against the population, and details the scale of the Iranian presence in key strategic locations around Damascus.