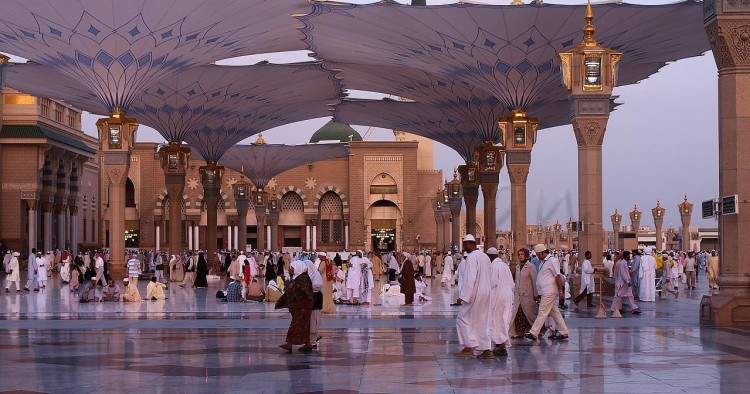 Ask the average Westerner about the status of women in Saudi Arabia and one is likely to hear about veiling, strict gender segregation, and the ban on driving. Ask the average Saudi woman about her top priorities and one is likely to hear about expanded job opportunities and training for women, reforms in the practice of family law, and protection from domestic violence and child abuse. For Saudi women, reforming cultural and societal attitudes and stigmas against public discussion of social realities in order to promote genuine and lasting long-term change has proven to be more important than surface issues like dress and the right to drive.

In the immediate aftermath of the cataclysmic events of 1979, Saudi Arabia experienced a wave of religious conservatism that frequently targeted women as the culture bearers, curtailing their freedom of movement and access to public space. Since the first Gulf War of 1990-91, however, Saudi women have increasingly called for a return to the relative freedoms and progress of the King Faysal era (1964-1975), in which women were encouraged to seek an education and play a more prominent role in society. Over the past decade, the media has helped to generate public awareness, and discussion of and support for reform that is responsive to lived reality, rather than strict adherence to the legalities.

Women’s right to engage in commercial and business transactions always has been part of the Islamic tradition because the Prophet Muhammad’s first wife, Khadija, was a businesswoman. Saudi women use Khadija’s example to ground their requests for increased job opportunities and training programs within the Islamic tradition. The Chambers of Commerce and Industry in various Saudi cities have been pivotal in providing support and opportunities for women seeking to operate their own businesses, receive training, and find jobs. In addition, several Saudi women have been elected to the Boards of Directors of the Chambers, beginning in Jeddah, giving women the opportunity to both participate in and contest elections. It is hoped that this practical experience in a field that is considered to be Islamically legitimate could transfer into other areas in the future.

Although opposition to women’s education and employment existed in the past, today an educated and employed daughter is generally considered a source of family pride and honor, as well as a prize potential bride. A job with a steady income represents not only the opportunity for personal achievement and satisfaction, but also security because, without an independent source of income, a woman is placed in a permanent position of financial vulnerability and dependence on her father, brothers, or husband.

In theory, Islamic law requires the husband/father, as the male guardian, to provide for the material needs of the family, while any income earned by the wife/mother is her own. Economic realities today, however, often render a wife’s, and sometimes even a daughter’s, income critical to the household budget. Rising social preference has been expressed for brides with jobs and incomes, despite the remaining cultural expectation for marriage and motherhood as a woman’s primary role. In some cases, daughters have filed lawsuits against fathers who have either refused to allow them to marry in order to retain control over their income or who have insisted that he continue to receive their income after marriage. Some judges have intervened to grant daughters permission to marry.

In the past, women were limited to working in fields deemed “suitable” for their “nature,” such as medicine, charity work, and education. However, particularly since King ‘Abdullah’s succession in 2005, other fields traditionally reserved for men, such as engineering, have been opened to women. An industrial city for women has been established outside of Jeddah to encourage women to invest and work in manufacturing, all while helping to diversify the Saudi economy. “Saudization” of certain jobs for women also has been legislated and attempted with mixed success, as in the case of requiring female salespersons for lingerie and training Saudi women as housemaids. In these cases, the jobs already exist. The challenge lies in finding Saudi women who are trained and willing to do them, as well as in creating a social and cultural environment that accepts women working in these jobs. Given the presence of more than 1.5 million foreign female domestic servants in Saudi Arabia, some believe that Saudization of the domestic servant industry is critical to reducing foreign remittances, dependence on foreign labor, and resolving the high rates of unemployment among Saudi women. However, major challenges remain, including overcoming social stigmas against blue collar work, maintaining gender segregation, and resolving transportation issues, such as by providing private company transportation or developing a national public transportation system. At present, working women remain dependent on either male family members or a hired driver to get them to work and back. In addition, like their Western counterparts, Saudi women struggle with the balance between childcare, caring for elderly parents and in-laws, and other family and home responsibilities versus job requirements.

Saudi society remains a religiously and socially conservative society in which the family is the central unit. Islamic law emphasizes the integrity of the family unit through regulations on marriage, divorce, child custody, and inheritance. Under Islamic law, marriage is a contract that is negotiated and agreed upon by the groom and the bride’s legal guardian, typically her father. Although the bride’s consent is required, such consent may be silent. In the case of a minor, the guardian’s consent renders the marriage valid, while the bride must wait until she reaches her majority to object. In theory, the guardian is expected to have his ward’s best interests at heart. In practice, this is not always the case.

In recent years, the media has given significant coverage to cases involving either very young brides (as young as eight years old) or wide age disparities between the spouses (the most extreme case being a ten-year-old girl who was married to an 80-year-old man) in order to bring the issue to public attention and to call for adherence to international treaties on human rights, particularly children’s rights (defined as those under the age of 18), to which the Kingdom is a signatory. Some, including members of the Majlis al-Shura and Saudi human rights activists, are calling for a minimum legal age for marriage. Those who resist such calls do so under the cloak of “remaining faithful to Islamic principles” and to Shari‘a, citing the example of the Prophet’s consummation of his marriage to Aisha when she was nine years old, which they believe makes the legality of the marriage clear, regardless of the potential negative impact on the girl. In response to concerns, the Ministry of Health appointed a special committee to investigate marriages of underage girls. The committee concluded that these girls experience deep health, psychological, and social harms, suggesting that the practice should be banned to prevent harm to the brides. However, the study has not yet had an impact on the legal system. In some cases, mothers have gone to court to try to have such marriages annulled. Not all have been successful, although some have been able to obtain court assistance in procuring divorces for their daughters.

Under Islamic law, a husband can divorce his wife for any or no reason. Because the husband’s financial obligation toward his ex-wife extends only through her waiting period following divorce (about three months) or while she is pregnant or breastfeeding, without regard to the length of the marriage or the wife’s contributions to it or his career, divorce means not only loss of the woman’s financial provider, but also loss of access to the marital home. Divorced women are either returned to their families or are left to fend for themselves — a difficult task without a male guardian. In such cases, having a job can mean the difference between poverty or dependence and independent survival.

In the event of divorce, the father automatically gains custody of boys over the age of five and girls over the age of seven. The automatic legal assignment of custody to the father has been challenged in many ways in recent years. Circumstances such as drug and alcohol use and abuse by the father, child abuse, and even the presence of satellite television in the father’s home have successfully been used in court as grounds for granting custody to the mother. Although fathers attempting to retain custody appeal to Islamic law, mothers seeking to gain custody do so as well, noting both religious and social expectations that a woman’s most important objective is to be a good mother and that Islamic law at its heart is designed to protect women and children.

Islamic inheritance law is very specific so that inheritance disputes should not exist. Nevertheless, in practice, women are often pressured by male family members to relinquish their inheritance claims in favor of their brothers, ostensibly because males, as the theoretical providers, have greater need for it. Some women successfully seek redress in the courts, but some are essentially held hostage by their families until they agree to relinquish their claims. In many cases, the courts have proven reluctant to interfere in what are considered to be “private” family matters, despite the clear regulations for inheritance outlined in the Qur’an.

Over the past decade, the Saudi media has begun comprehensive reporting of cases of domestic violence and spousal and child abuse, reflecting not only a greater openness of the press in discussing what previously were considered to be private family matters, but also a greater willingness within Saudi society to recognize that there are problems that need to be acknowledged and addressed. It remains unclear whether the apparent proliferation of stories is due to greater willingness to report such cases or to a potential rise in such incidents, as there is no past database for comparison.

Media willingness to seriously engage the issue began with the 2004 case of television personality Rania al-Baz, who was disfigured by a severe beating inflicted by her husband. Images of al-Baz’s beaten face on television sparked national debates about the realities of spouse abuse, shifting the issue from behind closed doors to the public realm. Similarly, the case of nine-year-old Ghosun, who was abused and beaten to death by her father and stepmother, opened the door to public awareness and debate about child abuse, how to recognize it, and how to prevent it.

At the official institutional level, King ‘Abdullah founded the National Family Safety Program in November 2005 to create public awareness of and to prevent domestic and child abuse, the first step in comprehensively addressing the problem. Several shelters for victims have been established. The National Human Rights Association continues to work with authorities on a law to criminalize violence against women and children. Much work remains to be done, particularly in terms of coordination between official institutions (e.g., schools, hospitals, and the police), as well as in prevention and information gathering. Works also remains to be done with respect to automatically granting custody to the non-abusive parent (typically the mother) in cases of divorced parents.. However, public outrage over domestic and child abuse — whether physical, psychological, or sexual — has kept the issue in the forefront, often resulting in harsh penalties, including death, for the perpetrators.