Gas heats up the Eastern Mediterranean 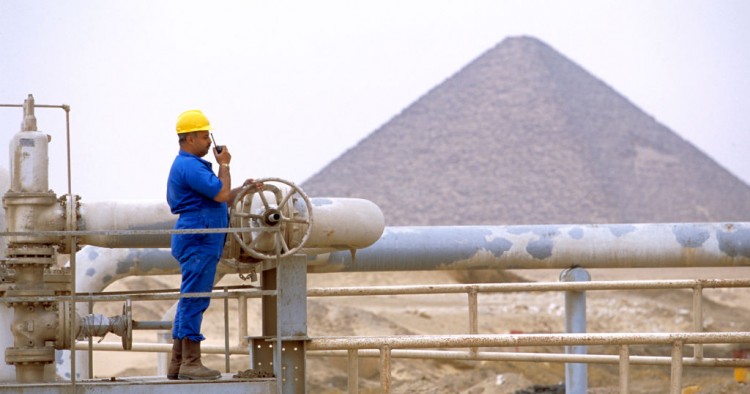 Competition for security and energy is at the center of recent developments in the Eastern Mediterranean. Countries from Egypt to Turkey are moving to secure, exploit, and market their (not always fair) share of the game-changing offshore natural gas reserves. Russia, China, and Iran are securing port facilities, and in the case of Russia, drilling rights, in Lebanon and Syria.

The promise of such a windfall challenges the ability and interest of Mediterranean countries from Cyprus and Israel to Lebanon, and even Palestine, to establish control over reserves without sparking conflict.

These contests are unfolding against a regional backdrop once defined by the identity politics of the 20th century — notably between Cyprus and Turkey and Israel and Egypt. But energy discoveries recast, and, as in the case of Egypt-Israel relations, transcend them in an entirely new context defined by the prospect of earning billions from collaborating to exploit undersea energy reserves.

This new paradigm is already redefining the framework of interstate relations. Egypt and Israel, once the standard-bearers of the Israel-Arab conflict, have established a broad and cooperative energy and security relationship centering around the mutually beneficial exploitation and transport of commercially significant quantities of offshore natural gas. Whereas in the early years of this century Israel imported energy from Egypt, their joint agenda now focus upon exporting Israel’s surplus for use and export by Egypt through a pipeline that not too long ago carried supplies in the other direction.

The resolution earlier this month of Israeli claims relating to the closure of this supply route through the Sinai in the aftermath of the fall of President Hosni Mubarak in 2011 is a reflection of Jerusalem and Cairo’s shared interest in looking forward rather than backward to cooperate in monetizing their energy resources.

In Egypt’s case this also entails establishing the country as an energy hub for transporting and exporting gas across an area including Africa and Europe. For Israel, the exploitation of its considerable gas reserves transforms its national market while creating a joint basis with Egypt and Cyprus for the export and security of offshore energy infrastructure.

In January, representatives of seven Mediterranean countries — including Egypt, Italy, Cyprus, Jordan, Greece, Palestine (whose considerable reserves off Gaza are hostage to the stalemated conflict), and Israel — sought to give institutional form to their shared energy and security interests. They agreed to establish the East Med Gas Forum, a Cairo-based body that aims to create a regional gas market to benefit member states.

Members agreed to “create a regional gas market that serves the interests of its members by ensuring supply and demand, optimizing resource development, rationalizing the cost of infrastructure, offering competitive prices, and improving trade relations.”

Turkey and Lebanon are notably absent from this new club.

The exploitation of energy reserves discovered in Cypriot and Turkish-claimed waters has complicated rather than facilitated the resolution of the long-lived, stalemated conflict over Cyprus and added yet another wrinkle to the fraught relationship between Turkey and its nominal allies in NATO and the EU.

Cyprus, with strong support from the EU and Washington, is unilaterally proceeding to consolidate its hold over disputed energy reserves. It recently sealed a deal with an international consortium of energy companies on the distribution of revenues from natural gas exploitation from the Aphrodite gas field in the Eastern Mediterranean. Nicosia renegotiated a contract with a consortium made up of Dutch-British Shell, Texas-based Noble Energy, and Israel’s Delek that paves the way for the exploitation of an offshore field that is estimated to hold 4.1 trillion cubic feet of gas — reserves far greater than needed for the island’s local market.

Turkish President Recep Tayyip Erdogan insists that, “Our Turkish kinsmen in northern Cyprus also have rights according to international law in the same way that (Greek Cyprus) has rights on all resources in the region, be it oil or something else.”

“We will not allow these rights to be usurped by those who have no business (there).”

Both Washington and Brussels have supported Nicosia in its determination to proceed without reference to the long-running dispute with Ankara and the Turkish Republic of Northern Cyprus. EU foreign ministers recently expressed “grave concern over the ongoing illegal drilling” for gas by Turkey in waters where EU member Cyprus claims exclusive economic rights.

They called on the bloc's executive arm to submit possible sanctions, including cuts to financial aid that Turkey currently receives. The ministers “stress the immediate and serious consequences Turkey's illegal actions are having on the entire fabric of Turkish-EU relations.”

While the conflict with Turkey deepens, there is modestly good news in the shared interest of Israel and Lebanon to establish a consensual basis for defining their maritime border.

The conflict with Israel continues to define the ongoing stalemate over an agreed division of energy reserves. But both sides stand to gain if ownership of offshore space is agreed.

Patient, persistent U.S. diplomacy, led by veteran diplomat David Satterfield, has resulted in an agreement to begin a U.S.-mediated diplomatic effort to resolve the issue. Israeli Energy Minister Yuval Steinitz has noted that it is likely that as soon as the talks begin, energy groups operating in both Israeli and Lebanese waters will be able to carry out the first seismological survey of the disputed area.

“If we agree on entering talks with Israel, then in addition to negotiations over the maritime borders, we will also discuss ways to divide offshore oil and gas fields,” noted Lebanese Energy Minister Nada Boustani recently.

Negotiated agreements are critical to maintain the security of vulnerable energy installations. Tensions off the Turkish and Cypriot coasts are of growing regional and international concern. Assuring the safety of its installations in the event of war with Hezbollah is high on Israel’s list. During the tension in early May between Israel and Gaza, Energy Minister Steinitz suspended the transfer of natural gas from the Tamar field to the Ashdod gas rig. The declaration of an economic state of emergency facilitated the use of liquefied natural gas (LNG) and highly polluting diesel instead of regular natural gas, to provide energy to the national electric grid and the industry sector.