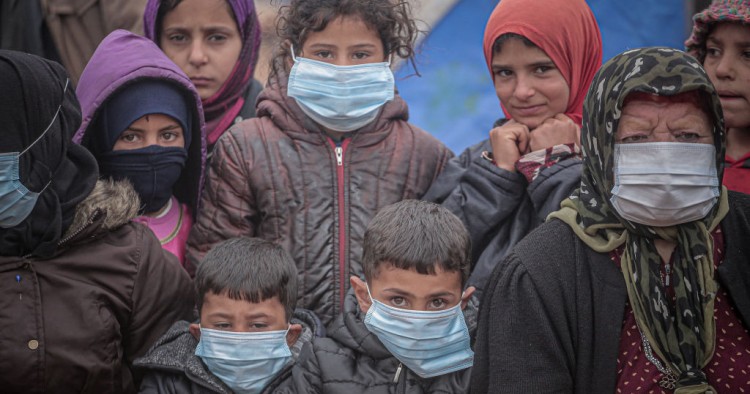 The COVID-19 pandemic has challenged the normative structures and behaviors of almost every country around the world. The fallout has put pressure on even the most developed countries and its effects across the Middle East have been significant and varied.

The Gulf region has recorded nearly 300,000 cases in total, while Iran alone has over 180,000, according to official figures. Other populous countries like Turkey and Egypt are also recording exponential rises of late. Meanwhile, Jordan remains a relative outlier, having contained the community spread of the virus, while Iraq and Lebanon are struggling with a resurgence.

The largest casualty of the virus is livelihoods. While scientific data from across the developed West reflects that older males make up the majority of those who have died, the lack of sex- and age-disaggregated data across the Middle East makes it hard to say if the same is true in the region. However, presuming that results are likely similar, while men face a greater risk to their health, women are expected to suffer the longer-term consequences of the pandemic as it permeates and changes societies and affects livelihoods. Across the region women hold only a minority of jobs in the public sector and even fewer in the private sector. The pandemic’s effect on livelihoods could last up to a generation, and will have a disproportionate impact on women, notably those who work with flexible schedules owing to family obligations, or have less experience, thus making up a larger number of redundancies.

Despite the gaps in data, studies related to gender representation in the workforce, the gendered impact of conflict and violent extremism, and the prevalence of violence against women in society provide a solid basis for understanding the risks women will face from the pandemic in the short to medium term. The situation will be especially dire for women and girls in conflict areas, who face the additional burdens of displacement, lack of access to education, early marriage, and domestic and sexual violence.

Gender, conflict, and the pandemic

The gendered impact of conflict has been well documented over the years, and women and children make up the vast majority of refugees and internally displaced persons (IDPs). An increasing number of female-led households have emerged from the wars in Syria, Yemen, and Libya, and the post-conflict landscape in Iraq has also disproportionately affected women. The fallout from the pandemic and its impact on livelihoods will make it even harder for these women as they attempt to rebuild their lives. They will also face difficulties gaining lawmakers and policymakers’ attention, at both the local and national levels, to support their plight, as state funds diminish, and countries struggle to find the money to keep their economies going. Governments will likely pay less attention to the needs of IDPs and required reconstruction of cities and towns, even as they continue to ignore the right of return for refugees (or right to work in host communities).

Studies have shown that the effects of conflict have an added impact on young girls, as education becomes inaccessible. This can be the result of displacement that leaves families miles away from the nearest school, raising human security concerns, or cost of schooling forcing families to “choose” which of their children to educate — often leading them to send their boys while their girls remain home. The economic impact of COVID-19 on livelihoods and family incomes risks creeping into the wider middle class and threatening the education of girls beyond those displaced by conflict. This is now a broader challenge that could roll back all of the gains made by the UN Millennium Development Goals, where gender parity up to high school education was generally achieved across the region by 2015.

Early marriage and violence against women

With fewer girls attending schools and family income slashed, early marriage — already a widespread problem across MENA — is also likely to increase. Younger girls who are no longer in education or whose families face significant economic burdens are much more likely to be forced into accepting early marriage, with families coerced by those who can offer significant sums to marry off their young girls.

In addition, violence against women in all its forms is increasing as the pandemic spreads. With lockdowns and curfews in place, families are spending significant time together. Many husbands (and where relevant working wives) are out of work, increasing stress and tensions as money becomes tight. Numbers released from countries across Europe show a steep rise in appeals to domestic violence hotlines, and the MENA region is not immune to similar outcomes. For developed countries like the UK, reported domestic violence cases have increased by 24 percent since the COVID-19 lockdown began. In conflict countries where violence against women is already commonplace, we may witness an exponential rise as the crisis continues.

The economic impact of the pandemic on women also leaves them more open to increased sexual exploitation, extortion, and reputational bias, contributing to greater violence against them. This is a particularly acute risk for those women already affected by conflict. As support to camps for refugees and IDPs and international visibility decrease, with international assistance being reduced or diverted to support broader economic goals targeting public health, domestic security forces are left to police and manage these camps alone. This is despite the complicity of these same forces in documented abuse against women in countries like Iraq.

Action must be taken now

There is an urgent need for studies and research on the region to reflect the gendered impact of this pandemic and provide evidential work that supports more holistic approaches toward a broader recovery. Governments must work to enact policies that respect the disproportionate effect of COVID-19 on women and young girls, such as allowing the passage of reforms to personal status laws and domestic violence bills, and implementing economic reforms that will target growth of women in the labor force. Civil society must be supported to inform better legislation that can help women recover from the fallout they face from the pandemic. This is most imperative for those countries where conflicts continue during the COVID-19 crisis, such as Libya. The livelihoods of refugees and IDPs must be urgently addressed by host governments and the international community to prevent the situation for women and children from spiraling out of control. The international community of donors has — for understandable reasons — had to make significant cuts to budgets for governance and humanitarian and development efforts in struggling countries; however, it is essential that donors continue to support governments and civil society in tackling the longer-term fallout of the pandemic.

Gender studies and issues related to gender equality have long been de-prioritized by analysts, policymakers, and experts, described as social markers that do not require the type of urgent policy response that political or security developments demand. However, the disproportionate effect of this pandemic on women could, if not addressed, threaten societies and their development across the region for generations to come. This current generation of citizens has, through mass mobilization, demanded accountability, justice, and the right to self-determination. The movements that have swept the region for the last decade are inclusive of women — young and old — who make up the majority of populations across MENA. Allowing them to suffer unfairly and disproportionately threatens social cohesion and societal development and will exacerbate broader economic stresses, all of which the region can ill afford.