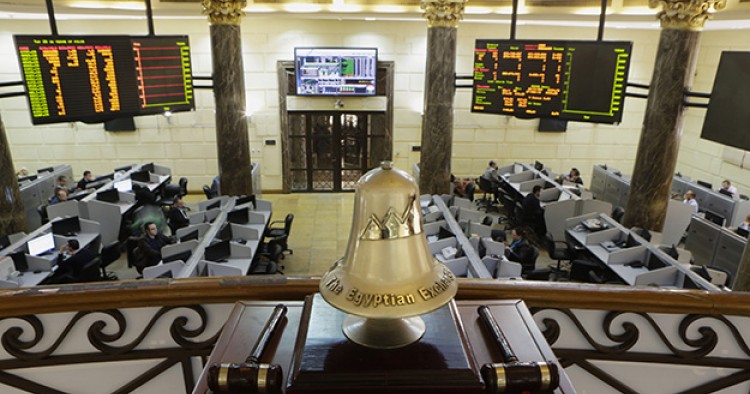 On March 13, Egyptian President Abdel Fattah el-Sisi will inaugurate the Egypt Economic Development Conference in the resort city of Sharm el-Sheikh. The main objective of the conference is to put Egypt back on the world investment map. Sisi’s government is aiming to achieve a target of $60 billion of foreign investment in the coming five years. This ambitious amount would close Egypt’s resource gap and would generate sufficient growth to absorb growing unemployment.

Sisi came to power with two key promises: to restore stability and security and to substantially improve the dire economic conditions of Egyptians. The conference will be a critical milestone for Sisi’s presidency. However, political and economic conditions in Egypt and in the region may make his task challenging.

A list of 60 major projects in almost all economic sectors will be awaiting potential investors in Sharm el-Sheikh. The key sectors are the energy and mining, housing and utilities, and transportation and logistics sectors. Some of these projects will be targeting private investment, while others will be targeting public investment either directly or through public-private partnerships. Projects also vary considerably in order of magnitude, ranging from millions to billions of dollars. The list also contains projects that are in their early stages such that there is no estimate of their required capital investment. Of particular importance on this list are at least ten electrical power generation stations, primarily in Upper Egypt and the Suez Canal region, and the Suez Canal development project.

Paul Salem on the EEDC and how economic development factors into Egypt's domestic political agenda.

The government has put all of its weight behind the conference to ensure a successful outcome. It is also sending positive signals to foreign governments, financial institutions, and the investment community through new legislation.

Draft laws were put forth prior to the conference with the objective of improving the investment climate. They include a new investment law whose articles include a wide array of investment incentives; a highlight is barring third parties from disputing government contracts with investors, as this was a major complaint from investors. Another substantive move is a change in the penal code such that fines and penalties are punishment for financial crimes instead of imprisonment. Another significant new law opens the door for the first time for private sector participation in energy production and distribution. Another draft law on the civil service could potentially reshape the large Egyptian bureaucracy by introducing early retirement and changing the criteria for promotion. An ongoing and all-important development since Sisi assumed power has been the tackling of the previously untouched energy subsidy. Despite these steps forward, over the past few weeks the Egyptian pound has depreciated against the U.S. dollar to an historic low.

Egypt’s political atmosphere is still turbulent and its security conditions are far from stable. In early March, the constitutional court struck down the controversial elections law, putting on hold the long-anticipated parliamentary elections. In addition to postponing a revival of political life, this creates legislative confusion. Sisi and his predecessor, Adly Mansour, by virtue of their legislative authority in the absence of a parliament, issued hundreds of laws. As dictated in the current constitution, all of these laws must be revised by the elected parliament within 15 days of its first session or be annulled. Now it is not clear when this new parliament will be elected.

In the past, security challenges had been limited to border towns in northern Sinai, but the past few months have witnessed a higher frequency of violent incidents across the country. There has also been a qualitative change in the type of attacks, from targeting security personnel to targeting civilian locations such as commercial malls, shops, and streets, as well as foreign companies perceived as supporting the Sisi government or participating in the conference. For instance, retail shops of Etisalat, an Emirati mobile operator, have been the target of several attacks. Indeed, radical opponents of the Sisi government appear to be stepping up attacks to ensure that the Sharm el-Sheikh conference does not succeed.

On the economic front, the government still has to tackle key constraints that hinder investment in Egypt. Sluggish legal institutions, dysfunctional government bureaucracy, and rampant corruption are still major obstacles to a healthy and welcoming economic environment. Even domestic investors are discouraged by these challenges, let alone foreign investors who know less about how to deal with them.  The most problematic issue for doing business in Egypt, according to the Global Competiveness Report, is policy instability. The top tax rate on income has changed numerous times during the past few years, with the latest change instituted just days ago. The last four years have seen turbulent changes; on the economic side, Sisi and his team have to communicate a clear and stable economic vision with a sustainable policy environment for investors over the coming years.

The conference has attracted international attention. To what extent this interest and attention will be translated into major commitments and actual investment is a critical question. Saudi Arabia, the UAE, and Kuwait have been the main economic allies of Egypt over the past year and a half; how much other major economic players will step up their economic engagement with Egypt remains to be seen. The political atmosphere and economic environment in Egypt suggests that it may be a while before that happens. The subsequent critical question will be whether such investment, when it does arrive, would be sustainable and deliver economic prosperity.