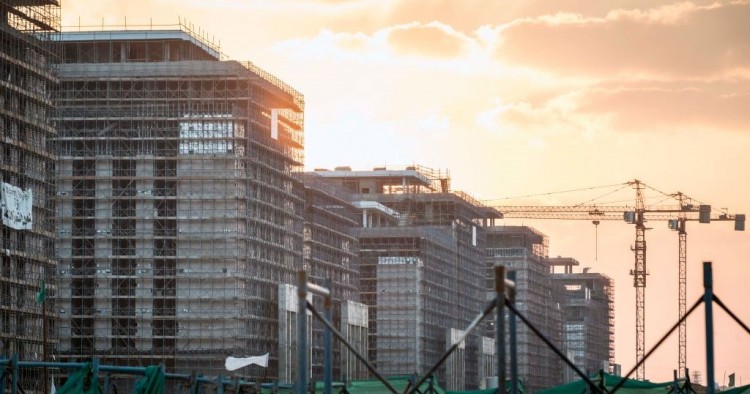 The green movement has been slow to catch on in Egypt, but the January announcement by the Egyptian government that it is finalizing plans to launch the country’s first green bonds could provide the financial incentives to further promote sustainable development. “Sustainability” is one of the fastest growing sectors globally, estimated to reach as much as $12 trillion annually by 2030. With major infrastructure development planned, a sophisticated financial sector, and significant vulnerabilities to climate change, Egypt should move full steam ahead in embracing green finance.

Egypt could have an early mover advantage by expediting plans to develop a sustainability strategy, of which green bonds would be one aspect. The global bond market was worth over $115 trillion in 2019, according to mid-year figures, and green bonds are one of the fastest growing segments. Although they still only account for less than three percent of traditional bonds, green bonds issuances increased by 31.5 percent in 2019. There is tremendous potential as more investors are seeking these opportunities.

Few emerging markets besides China have embraced green bonds as a means of raising capital, despite the fact that many governments will struggle to provide even 20 percent of the financing needed to meet their sustainable goals. Even for China, it is a struggle to fund its sustainable agenda, which is why President Xi Jinping has issued one of the most ambitious green finance agendas globally. In China, for example, over 85 percent of the money must be raised from the private sector to fund its Paris Climate Agreement commitments, which are estimated to run to $1 trillion annually. There are no clear numbers for Egypt, but based on precedent, the ability of the government to meet these financial commitments is likely to be similar to China — 20 percent — or even less.

One of the often-cited barriers to growth for this new market segment is finding qualified projects, and this provides an opportunity for Egypt. The significant new infrastructure development planned could be a competitive advantage for Egypt — or it could be a black spot.

Buildings and their construction account for the largest share of carbon emissions at approximately 40 percent of global greenhouse gas emissions. If these new cities are not built in a sustainable manner, they would be a drag on economic growth through the heavy demand of energy use — typically over 35 percent for buildings but estimated to be higher in Egypt — and further contributing to the rise in air pollution.

This negative could be turned into a positive, however, if the planned creation of new cities can be used to attract foreign investors seeking green projects. The UN estimates that cumulative investment in green buildings could reach $3.4 trillion in key emerging markets by 2025. The Sisi administration has planned the development of several new cities, including a new administrative capital, which alone is estimated to cost $45 billion. It would require, however, that the government develop — and enforce — global sustainability guidelines.

By insisting that the developers use methods to ensure buildings are green, such as installing smart metering to better control air conditioning, promoting solar paneling for energy, and using green roofs to reflect sunlight — to name but a few examples — the government can achieve a twofold objective. It could both improve the environment and establish the new administrative capital as a model showcase of Egypt’s commitment to the sustainability agenda. There is also the added benefit of providing quality projects for investors seeking qualified projects for green financing.

There is an easy place to start. China State Construction Engineering Corporation (CSCEC), one of the biggest builders of green infrastructure in the world, has been granted the concessions to build significant parts of Egypt’s new capital. As an important hub on China’s Belt and Road Initiative (BRI), the Sisi administration should use this showcase project to signal Egypt’s strong intent to promote sustainable policies in infrastructure and more broadly, and encourage CSCEC and other firms to build to the highest of green standards. These firms are required to do so in China and should be held to the same standards when constructing projects overseas.

For its part, the Xi administration is under pressure to ensure that infrastructure development along the Belt and Road is conducted in line with global sustainability principles, as China has been accused of “exporting” its bad practices while improving them at home. These new standards could align with Egypt’s goal of upgrading its own standards as well.

Egypt should not worry about losing Chinese financing as a result. A number of Chinese financial institutions have signed on to the international Green Investment Principles for the Belt and Road, which promote lending only to qualified green projects. President Xi had made financing green projects along the BRI a top priority — and even a requirement. Cairo can be a winner and a model, not a loser, in this process.

In addition, there is plenty of private sector financing available for sustainable infrastructure projects, with demand coming from Western investors chasing limited opportunities. Experts estimate that the global financial system has about $300 trillion in private sector financing that could be mobilized. The green bond market is expected to reach $375 billion in 2020 due to increasing demand from investors seeking to promote green development. Yet there are limited opportunities for investment of this capital.

Egypt should take advantage of this demand to expedite its own issuance of green bonds. Combined with this effort, given its ambitious goals of constructing several new cities in Egypt, the Sisi government should use this opportunity to promulgate world-class sustainable standards that establish it as the leader in Middle East and North Africa region for green development. It is in its financial interest to do so.

Deborah Lehr serves as the CEO of Basilinna, a strategic business consulting firm focused on China and the Middle East. In addition, Ms. Lehr is Vice Chairman and Executive Director of the Paulson Institute and the founder and Chairman of the Antiquities Coalition. The views expressed in this article are her own.