For Gulf producers, decarbonization does not mean zero oil production 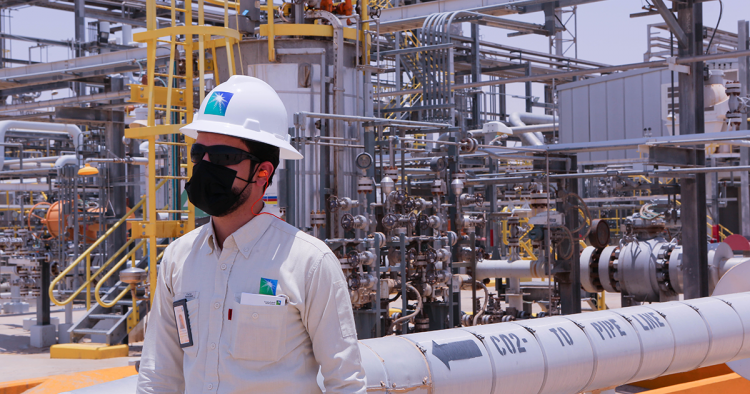 Gulf oil producers do not envisage a post-2050 world devoid of hydrocarbons, even though two of the region’s biggest producers, the UAE and Saudi Arabia, have committed to net-zero carbon emissions by 2050 and 2060, respectively. Reconciling their future environmental commitments with their current reliance on hydrocarbons is going to be an arduous and expensive journey that starts with decarbonizing their oil and gas production to reduce their carbon footprint and increasing their domestic green energy production. With demand for oil and gas forecast to continue post-2050 — albeit at lower levels than now — their net-zero target does not equate to zero oil and gas production. Instead, their transition will differ from that of other countries and will happen at a different pace.

Both Saudi Arabia and the UAE are yet to publish their road maps to net zero or their national energy strategies to 2050. These strategies are expected to be predicated on the green economy’s continued reliance on oil derivatives for feedstock, ensuring a certain demand for oil and gas. In their future policies and plans, the Gulf’s biggest producers will need to account for the onset of peak demand at some point, either in this decade or the next, but none of their plans will see a world devoid of hydrocarbons. Whatever demand for fossil fuels still exists in the next three decades and beyond, regardless of shape and form, could certainly be satisfied by Gulf producers.

The onus on Gulf producers and OPEC in general will be greater as international oil companies continue to divest their assets away from oil and gas under pressure from stakeholders and financiers and transition to green energy. This divestment is akin to a shift in ownership rather than the killing of hydrocarbon assets. As the holders of the biggest traditional oil reserves and the cheapest barrels to produce, it is the national oil companies, mainly the biggest producers in the region, that will bear the responsibility of securing the energy transition and grab the lion’s share of whatever demand remains.

For Gulf producers, this transition will require increasing their investments in sustainable energy sources while also ensuring that the world does not run short of traditional ones during its transition and maintaining their oil production capacity in the face of natural decline in their oil fields. For the world to avoid supply crunches similar to the gas crisis Europe is experiencing this winter — and the higher energy prices that inevitably accompany them — Gulf producers see themselves as the guarantors of secure and affordable energy and thus of global economic growth more broadly during this transition period.

The funding required to pay for this transition will put greater pressure on Gulf producers to monetize their hydrocarbon assets while pushing them to maximize their output. With their economies’ entrenched dependence on oil rents, they will need to leverage their oil sectors to finance decarbonization. This would entail maximizing their oil and gas output and fighting for the largest market share in an environment of shrinking oil demand, as well as releasing a huge chunk of the equity held in fossil fuel assets, which risk becoming stranded assets in a low oil demand environment.

The biggest expense will be decarbonization technologies, such as carbon capture and hydrogen production, that reduce the carbon footprint of the oil and gas sector. As the main generator of funds to finance the transition away from oil-based economies, traditional sources of energy are seen not as a threat to net zero but as a path to reach that goal. While expanding their clean energy projects, especially solar, wind, and (to a lesser extent) nuclear power, investments are pouring in to develop the technologies that will secure continued but cleaner hydrocarbon production.

The process of producing cleaner barrels started some years ago, especially at Saudi Aramco. Aramco’s carbon footprint, including its methane emissions from oil and gas operations, is now among the smaller in the world, according to the company.

The effort to monetize Saudi Arabia’s hydrocarbon assets began when it offered 1.5% of Saudi Aramco as equity to private investors in an initial public offering in 2019. Privatization of assets that for a long time were closely held under national and sovereign ownership is a growing trend, especially in Saudi Arabia and the UAE. This includes the full or partial privatization of mid- and downstream sectors, such as pipelines and refineries, and eventually bigger chunks of their upstream equities.

While some analysts predict an investment crunch that would divert funds away from traditional sources of energy, indications point to investments evolving, rather than drying up, through new finance schemes that have a “green” tag attached to them, even where hydrocarbons are involved. From green bonds to environmental, social, and governance (ESG) investments to public-private partnerships in clean energy projects, the world of finance is proving to be a source of creativity. One example is the Arab Petroleum Investment Corp (APICORP), which issued a $750 million “green” bond in 2021, its first, that was nearly three times oversubscribed, with 93% of subscribers coming from outside of the region, including hard-core ESG-focused investors. This is in spite of the fact that APICORP is a petroleum finance institution by definition and owned by 10 Arab oil producers. If anything, the bond’s success represents a vote of confidence in Gulf producers and their clean energy pathway toward sustainability while they continue to develop decarbonized hydrocarbon assets.

Having missed the train of diversification away from the rent economy fueled by their cheap oil and gas production, Gulf producers’ focus now shifts toward a hybrid model of diversification that has two facets. First, these states are investing in and developing clean energy technologies that could be exported either as production technologies, clean energy products, or investments abroad in clean energy projects. Together with “greener” oil barrels, their economies would rely on the export of sustainable green energy, ranging from solar power to multiple varieties of hydrogen. Second, they are adopting a different approach to diversification within the hydrocarbon industry by shifting the weight from diversifying the broader economy to diversifying their revenue sources while maintaining oil and gas production.

The privatization of hydrocarbon assets would play a major role in diversifying revenue sources. The removal of domestic fuel subsidies, which account for a big tranche of the Gulf producers’ budgetary expenditures, is another option that would support their balance sheets, provided the right social compensations and safety nets can be put in place. The development of new industries around the decarbonized oil and gas sector will also ensure new revenue streams. Even the introduction of a carbon tax, once it matures and is deployed in other more advanced economies, cannot be excluded as a local revenue source for Gulf producers, though in smaller amounts and at a later stage.

Gulf oil producers have accepted that the transition to a clean energy global economy is inevitable. They have set themselves challenging and costly targets in their endeavor to present themselves as part of the solution, not the problem, in the global transition journey. Now they have to convince the world that greener fossil fuels need to be part of the net-zero equation. This will be their mission when they join the discussion for the first time as hydrocarbon producers at the next Conference of the Parties (COP), COP27, in Egypt later this year and more so when the UAE hosts COP28 in Abu Dhabi in 2023.