Hariri announces another flawed government, but don’t walk away from Lebanon 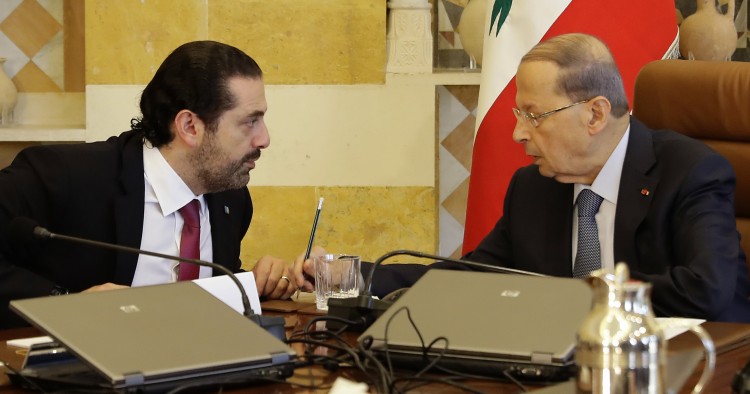 After nine months of deadlock, Prime Minister-designate Saad Hariri announced the formation of a new government of 30 ministers. The composition of the government is reflective of Lebanon’s power-sharing system and of the results of the last parliamentary elections. Although the old categories of the March 8 and March 14 coalitions are no longer very meaningful, the erstwhile March 8 coalition got 18 seats and the erstwhile March 14 coalition secured 12. President Michel Aoun and his party, the Free Patriotic Movement, have the largest single bloc of 10 — the largest bloc for a president since the Taif Agreement of 1989 — while Hariri’s Future Movement has the second largest at six, the Lebanese Forces at four, and Hezbollah and Amal at three each. The government has the largest number of women ever, four, including the key Ministry of Interior.

The government make-up brings few surprises but at least ends months of political deadlock. As the prime minister tweeted after its formation, “get to work.” Lebanon is facing a slew of governance problems, including a dire fiscal situation, a poor economy, high levels of corruption, and low levels of public services. The government needs to move quickly to enact a number of key reforms, if it is to stand a chance to regain international and investor confidence, and access some of the badly needed $11 billion in conditional international assistance pledged at the CEDRE Conference in Paris last April.

Although Hezbollah has made gains in this government, particularly the lucrative Ministry of Health, the Lebanese government remains a kaleidoscope of political parties in complex power-sharing arrangements with one another. While the new government will certainly draw a response from the U.S., especially as relates to any cooperation in the health sector, America and the international community should not walk away from the country. The problem of Hezbollah, and Iranian influence in Lebanon, Syria, Iraq — and Yemen — is a major one, but not one that’s going to be resolved by the formation of a rickety Lebanese Council of Ministers. Lebanon’s population has paid a heavy price for being in the midst of an Israeli-Iranian axis of conflict, and host to 1.5 million Syrian refugees. And yet it has survived as a surprisingly free and pluralist society in an increasingly dark region. The government has a lot to do to earn the trust of the international community, but the international community should also help Lebanon maintain a minimum of stability and economic viability for its embattled people.

A silver lining in Lebanon?

Lebanon is standing on one leg; the US needs to support it