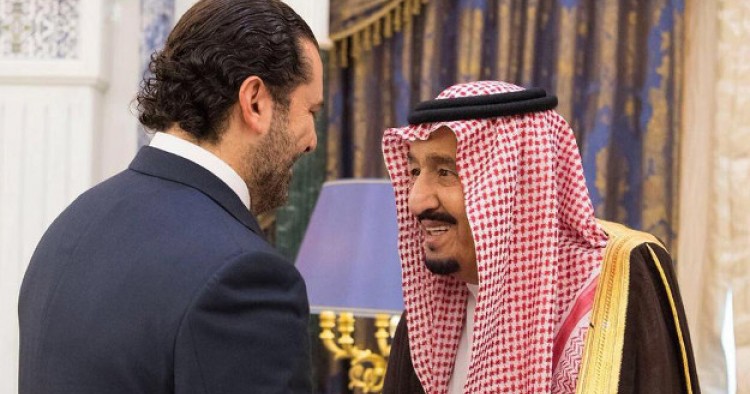 The resignation of Lebanese Prime Minister Saad Hariri on Sunday has sent shockwaves in Tehran. While Iranian leaders and their regional allies try to appear measured and confident, they fear that political instability in Lebanon and a potential war between Israel and Iran’s ally Hezbollah – particularly at a time when Hezbollah and other Iranian proxies are still engaged in the Syrian war – could adversely impact Tehran’s regional ambitions.

Hezbollah leader Hassan Nasrallah reacted cautiously to Hariri’s resignation: Rather than attack Hariri and his Future Movement party, Nasrallah accused Saudi Arabia for “dangerous accusations” made in Hariri’s resignation statement, and urged the Lebanese public to remain calm. In a vague reference to the civil war in Lebanon, Nasrallah warned against “taking politics into the streets,” and “returning to sectarian provocations of the past.” He further assured his audience that Israel would not “wage war unless the result is is decisively in its favor.”

In Tehran, Bahram Qassemi, the Iranian Foreign Ministry spokesman, chose a similar line and targeted Saudi Arabia: “The resigned Lebanese premier’s repetition of unfounded accusations leveled against Iran by the Zionists, Saudis and Americans bear witness to the fact that this resignation, too, is a new scenario to create new tension in Lebanon in the region.”

Major General Mohammad-Ali Jafari, Islamic Revolution Guards Corps (I.R.G.C.) chief commander, put on a more bold face: “Mr. Saad Hariri leaving [office] may not be that bad. What good did he do for the Lebanese people? God willing, the situation will improve,” he said on Sunday. But he cautioned: “A resignation delivered in Riyadh sends the clear message that it took place with the backing of the Arrogance [the United States] and the Arab states.” Another source quoted Jafari’s as saying: “[Hariri resigned] at the behest of the Saudis and Zionists in order to inflame the situation in Lebanon.”

Tehran has a reason to be concerned.

Hariri’s premiership, with the blessing of President Michel Aoun, marked the political cohabitation – if not reconciliation - between Hezbollah and other leading political forces in Lebanon. This arrangement not only legitimized Hezbollah as a part of the legal government of Lebanon, but implicitly recognized Hezbollah’s military and its engagement in neighboring Syria. Hariri’s resignation puts an effective end to this trend.

In addition, Hezbollah may also find itself more exposed to international sanctions and extremely vulnerable in the face of armed conflict with Israel, for which it is ill- prepared given Hezbollah’s costly involvement in Syria over the past six years. This author has identified 1,172 Hezbollah fighters, including 71 senior officers, killed in combat in Syria since October 2012. This number must be considered as an absolute minimum and the real number is likely higher. Hezbollah fighters doubtlessly gained combat experience in Syria, but the militia needs time to reorganize and rebuild its capabilities.