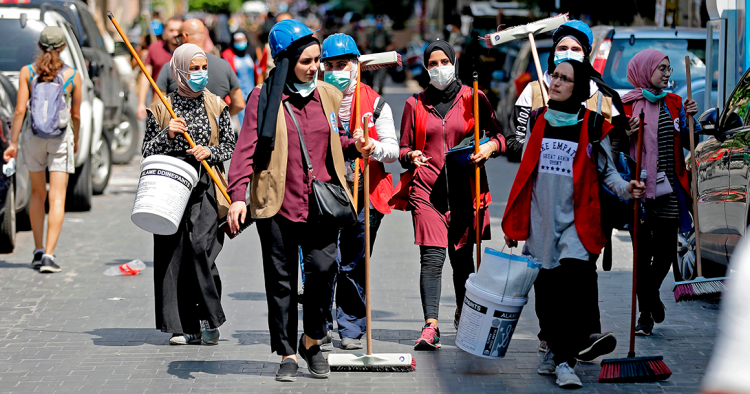 Lebanon is currently at a crossroads as the government faces the daunting tasks of rebuilding the economy, restoring public trust, and clearing the way for free and fair parliamentary elections in May of 2022. The formation of the Mikati government in September was an encouraging sign, but the government has been paralyzed by a standoff. Traditional political parties have been complicit in the corruption and destruction of Lebanon. Even now, Hezbollah and Amal are seeking to block the current investigation into the August 2020 Beirut Port blast, and only recently agreed to rejoin the cabinet to meet to set parliament’s agenda.

The country finds itself spiraling downward — an agreement with the International Monetary Fund (IMF) is yet to be realized, poverty and emigration are increasing, and there are growing threats to stability due to a failing economy and widespread corruption. The humanitarian disaster continues to get worse amid a rapidly devaluating currency, limited access to essential goods and bank deposits, and diminishing public services ranging from health care to electricity. The continued government stalemate portends even more challenges in the coming months as more than 80% of the population now live near or below the poverty line.

Given this critical situation, it is worthwhile to review U.S. interests in Lebanon’s survival and consider key recommendations for U.S. policy to help Lebanon avoid complete collapse and help the Lebanese people move toward economic recovery, political legitimacy, and a more capable, transparent, and sovereign state.

The Middle East Institute and the American Task Force on Lebanon with the cooperation of the Lebanese International Financial Executives convened a group of experts on Lebanon who co-authored this policy brief. It lays out key steps the U.S. can take to help Lebanon stop its slide toward full and irreversible failure and pave the way for reform and recovery.