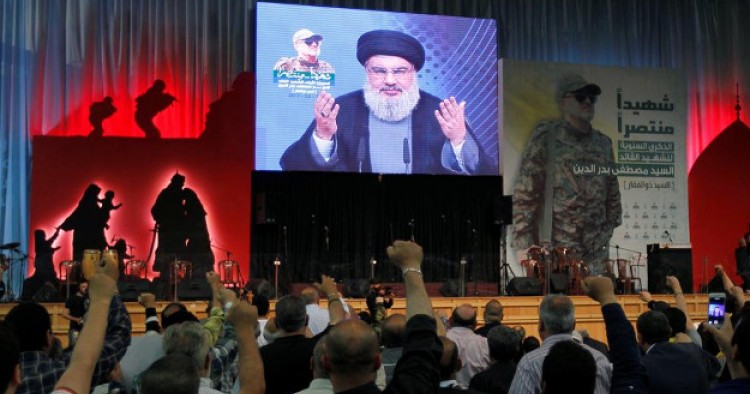 The Lebanese Hezbollah has dispatched hundreds of its fighters in two main fronts in southern Syria near the border with Jordan, according to Fars News Agency, an outlet affiliated with the Islamic Revolution Guards Corps (I.R.G.C.). The report adds that the deployment of 12 regiments with 1,000 fighters to Homs, Dara’a and Quneitra is aimed at preventing the “U.S.-backed militants” stationed in al-Tanf border crossing from moving toward Deir Ez-Zor. Citing unnamed sources, Fars also said that the Syrian Army and Iran-supported militia groups will also deploy additional forces along the Syrian-Iraqi border and will jointly conduct a large-scale operation in central parts of Syria – suggesting that the de-escalation zones agreement has allowed the Syrian Army and its allies to move hundreds of their fighters to other regions.

Comment: Latest reports about increased U.S. military activities on Jordan’s northern border have caused concern in Tehran about the possibility of a broader U.S.-led military campaign in Syria. “There are increased activities in southern Syria that indicate preparations for an attack through Jordan and Israel and [with the help of] armed groups,” Tabnak News Agency, which is affiliated with former I.R.G.C. commander Mohsen Rezaei, wrote three weeks ago. The paper suggested that the potential attack could be far more extensive than the U.S. missile strikes against the Shayrat airbase, and its aim would be to boost the morale of anti-regime rebel groups. Another report in Tabnak said Russian and Iranian military officials have told the Assad government that they were willing to deploy ground forces to help Damascus if needed.

A Free Syrian Army political officer reported last month that U.S. forces were mobilizing to the Jordanian border in coordination with Jordanian troops. Russian Foreign Minister Sergey Lavrov said days later that Moscow was monitoring this buildup of coalition forces on Syria’s southern border. While the Trump administration’s primary focus in Syria remains on the Islamic State and other terrorist groups, Tehran is concerned that such efforts would ultimately threaten the survival of its ally in Damascus.