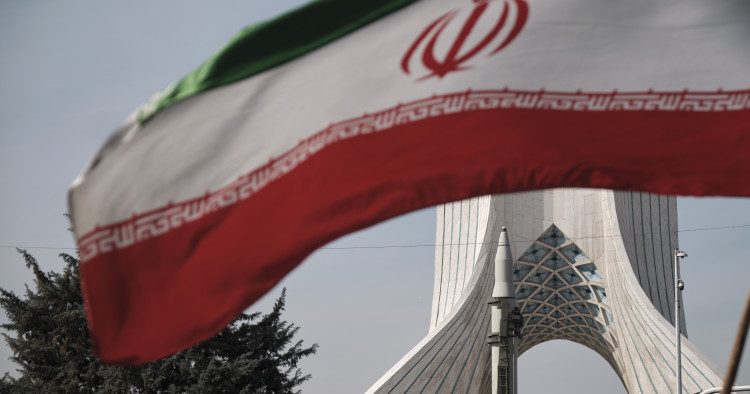 Recently, the Iranian regime’s anti-Israel campaign scored an own goal when various hard-line regime news outlets targeted former Iranian national soccer team captain Mehdi Mahdavikia with severe criticism and condemnation. Mahdavikia's crime? Wearing a jersey at an international exhibition soccer match arranged by FIFA in Qatar that featured the flags of all 211 FIFA members, including Israel. The Israeli flag, like all of the other flags on the jersey, was so tiny it was almost unrecognizable. But that didn’t stop the media assault against Mahdavikia, who is most famous for scoring Iran's winning goal against the U.S in the 1998 World Cup. Leading the pack against him was Fars News, which is close to the Islamic Revolutionary Guard Corps (IRGC); among other things, it accused the former Iranian soccer star of “falling into the trap of Zionists.” The hard-line Kayhan newspaper, whose editor Ali Shariatmadari is appointed by Supreme Leader Ayatollah Ali Khamenei, also condemned Mahdavikia. Some hard-line politicians, such as Ali Salimi, a member of the Iranian parliament, called on him to apologize.

The critics of Mahdavikia belong to the hard-line core of the Iranian regime. They have the support of very powerful elements, such as the IRGC. This did not, however, stop public support for Mahdavikia inside Iran, including from current soccer players such as Alireza Jahanbakhsh, the captain of Iran's national team. Former local players Mojtaba Moharrami and Siamak Ne‘mati, both of whom played for the top Iranian club Persepolis, also voiced their support. So did the Iranian soccer federation. The Iran-based Asr Iran news site voiced support for Mahdavikia as well, stating that Palestinian players often play with Israeli teams.

This comes on the heels of another setback to the Iranian regime’s anti-Israel policy at home: the repeated chants of “no to Gaza, no to Lebanon, my life for Iran.” This chant criticizes the Iranian regime’s financial support for anti-Israel groups abroad in Lebanon and Gaza, and calls instead for prioritizing Iran's own needs at home. Since it was first heard soon after the 2009 Green Movement uprising in Iran, the chant has been repeated at almost every major demonstration in Iran. The chants have continued despite Ayatollah Khamenei's public condemnation.

There are various reasons why an increasing number of Iranians reject the regime’s claims that Israel is their enemy. Chief among them is the increasing illegitimacy of the regime at home. It has lied to the Iranian people on so many occasions, from the constant lies about the Ukrainian airliner that was shot down in January 2020 to those about the supreme leader’s wealth and frugal lifestyle, that these days many people either disbelieve or believe the opposite of whatever the regime says. This also applies to its claims that Israel is Iran's enemy.

Another reason is the worsening economic situation. For example, on Dec. 18, 2021, Iranian officials stated that the reason for the scarcity of 500 different types of medicine was the lack of foreign exchange to purchase them. Three weeks later, the head of Hamas, Ismail Haniyeh, stated publicly that the Islamic Republic had provided him with $70 million to make rockets!

This is not the only such incident either. In mid-2016, at a time when the people of Iran were suffering from the effects of many years of sanctions and mismanagement and facing growing domestic challenges like rising poverty, Hezbollah’s secretary-general, Hassan Nasrallah, publicly declared, “We are open about the fact that Hezbollah's budget, its income, its expenses, everything it eats and drinks, its weapons and rockets, are from the Islamic Republic of Iran."

Despite these difficulties for the regime’s anti-Israel policies at home, it’s unlikely to moderate its stance or change its discourse toward Israel for several reasons. First, because Supreme Leader Khamenei is a Holocaust denier who has publicly called the tragedy afsaneh, meaning “myth.” He is also opposed to the existence of the state of Israel and has publicly called for its elimination.

Second, much of the regime’s shadow economy, run by various regime organs like the IRGC, thrives on Iran's relative and/or absolute isolation. Maintaining hostility toward Israel guarantees this. This is why, soon after the Iran nuclear deal went into effect, the IRGC tested ballistic missiles bearing Hebrew letters calling for the elimination of the state of Israel. The IRGC doesn’t want Iran's economy to open up to the outside world because Iranians prefer to buy foreign-made products, usually of better quality. This would hurt the sales of low-quality domestic-made products such as the Pride automobile, which, despite being referred to as bonjol (“junk”), is sold at exorbitant prices.

Third, the regime is most probably concerned that compromise over a key identity issue such as Israel could end up encouraging greater public demands. Compulsory wearing of the hijab is a similar case. According to the regime’s own Ministry of Islamic Guidance, 70% of Iranians oppose it. Nevertheless, the regime refuses to compromise.