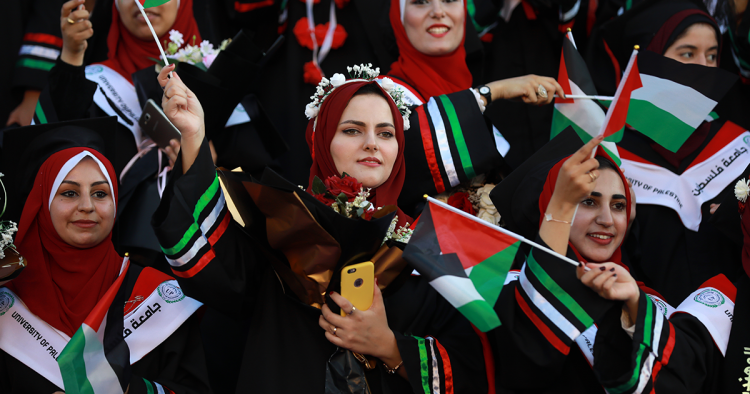 Although foresight on the Middle East and North Africa (MENA) is having a heyday today, this was far from always the case. A survey shows that in the early 2000s, a mere 14 foresight studies on the region came out — more than half of which were undertaken in the United States, and a quarter in Europe. Just two were done by authors from the region itself — both of which focused on environmental issues only.1 The remaining studies looked overwhelmingly at political and security issues: From the prospects for insurgency in Iraq to the Israeli-Palestinian conflict, Middle Eastern foresight remained narrow in focus, origin, or time horizon.

There were quite a few reasons for this: For the outsiders conducting foresight on the region, disruption was the predominant area of concern, reducing the time horizon as much as the scope of exploration. These events — the wars of 1967 and 1973, the Lebanese civil war, the war between Iran and Iraq, the Intifada of 1987, not to mention the 39 successful coups2 that took down governments — not only throttled foresight, they also bolstered the notion that the future is inherently unknowable, and one’s agency over it limited. Within the region, foresight was outshined by the much more popular planning, backed by both Marx’s and Rostow’s then-popular thesis that all states follow the same pattern of development. (More on how planning is different from foresight later.)

With the Arab Spring, a new era in regional foresight began. In the decade since, more than 40 foresight products on the region have been published, with about half of them having 2030 as a horizon, and the other 2050.3 There are broadly two reasons for this.

Firstly, the Arab Spring unveiled a new agent hitherto ignored: Popular movements, rather than governments or military forces, had created change. This meant that anyone wishing to understand what this agent would do next had to understand its characteristics: its demographic and educational composition, its employment status, its values, its grievances, its way to communicate. Trend analysis was (and is) the only tool to do this: The rapid increase of the region’s youth population, flanked by an increase in connectivity, food price dependence, and an imperceptible change in values had all preceded the Arab Spring — but in the absence of trend monitoring, they went unnoticed.

Secondly, the change drove home the point of the possibility of change previously accepted to be impossible. Overnight, the future became a possibility space to be shaped and formed by all agents involved rather than a linear trajectory states were on. In the immediate aftermath of the Arab Spring, this opened the future as a marketplace for competing ideas: From Muslim Brotherhood futures of a state in line with Islamic principles to a somewhat ill-defined democracy, from the Islamic State’s apocalyptic future to a plethora of future visions (Saudi Arabia’s, the UAE’s, Qatar’s Vision 2030, Egypt’s Map of the Future, Kuwait’s New Kuwait 2035), the change of 2011 turned the future into a competition.

But at the same time, it also opened a space for foresight: a methodology exploring trends and playing with ideas to test which futures are possible, desirable, or to be avoided. Quite quickly, a lot of these products fell into a classical foresight trap: endemic pessimism. A large-scale survey funded by the EU found profound regional pessimism about its future. Other pools found that almost half of young Arabs wish to leave their region in the absence of an attractive future.

"But the task of Middle Eastern foresight is not just to warn or, worse, fall into doomsday predictions. It is to point decision-makers to where the priority and possibility for action is — and primarily, action for the better."

While this sounds shocking, it is a normal phenomenon in foresight: Human beings have an ingrained tendency to be pessimistic, even when they live in peaceful and prosperous conditions. Somewhat absurdly, they can be simultaneously optimistic about their personal future while being pessimistic about their country’s.4 In the region’s case, ongoing conflict and turmoil biases the brain in a two ways toward the negative: The status quo bias makes us believe the future will be pretty much like today, and the conjunction fallacy makes us biased toward elements that we have more information on. In other words, the more you know about the negative elements of a certain future, the more our mind focuses on it (which is why visualizations and the Law of Attraction are actually not just quackery). There are three problems with endemic pessimism when looking at the future: Firstly, we become blind to surprise because we zero in on what we know. Secondly, we miss opportunities, possibilities to improve the future. And thirdly, over-pessimism stifles action because it produces the Cassandra effect: Overwhelmingly negative messages leads to ignoring them, a curious human reflex.

But the task of Middle Eastern foresight is not just to warn or, worse, fall into doomsday predictions. It is to point decision-makers to where the priority and possibility for action is — and primarily, action for the better. To improve the effectiveness of foresight on the region, here are a few lessons learned:

Florence Gaub is the deputy director of the EU Institute for Security Studies, where she is in charge of coordinating research activities.