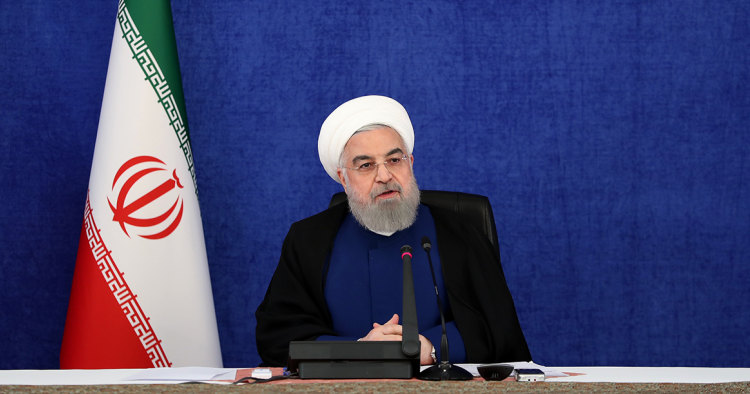 Blessed with milder temperatures than its Gulf neighbors as well as abundant rain and snow fall, Iran is one of the last countries in the region to introduce a seawater transfer plan to fight unprecedented levels of drought. The plan, once fully implemented, could help build water corridors linking the shores of Iran’s southern Gulf to those of its northern Caspian Sea. Named the Hope Transfer Line, the plan promises prosperity for farmers and industrialists, and potable water for communities in some 10,000 villages and urban areas located in so-called Red Zones, a category that applies to regions coping with severe water scarcity.

Laying out the plan

Iranian President Hassan Rouhani inaugurated the first phase of the plan last October, connecting the Strait of Hormuz to the central-eastern province of Kerman. A second phase was launched in March of this year, to transfer water to Hormozgan Province on Iran’s Gulf shores, as well as eastern provinces and cities, including Mashhad. In April, a third phase was launched to bring water from the Gulf of Oman to the central province of Isfahan. A planned fourth line would transfer water to Zahedan and Zabul in the southeastern Sistan and Baluchistan Province, carrying 1.2 billion cubic meters (bcm) of water to the area and the provinces of Khorasan and Razavi Khorasan in northeastern Iran by 2025.

The water transfer line will feed agricultural projects and reach 17 provinces that combined use 60 bcm of water annually, some 2 bcm of which is for industrial purposes. Industries in these provinces will face a water shortage of 950 million cubic meters that will have to be made up for through desalination projects that are part and parcel of the Hope Transfer Line. Additionally, the line is expected to change wasteful patterns of water consumption. In Kerman Province, for example, 6 bcm of water is used annually for irrigation, roughly 1 bcm above standard rates and 2 bcm above efficient ones. By transferring 600 million cubic meters of water to the desert parts of the province, the Hope Transfer Line will regulate the operation of some 9,000 illegal wells in 13 towns that have reached Red Zone levels, and bring water to 720 villages not connected to potable water networks.

Environmental experts warn of the hazards of the Hope Transfer Line given high levels of evaporation and salinity in Iran’s central deserts. The country also loses billions of cubic meters of water from its river flows.Investing in transferring water from the Gulf is like reinventing the wheel. Many rivers flow into the Gulf, and Iran will have to desalinate this otherwise freshwater source to reuse it. Iran is planning ambitious dam projects to harness these river flows as well, but every year it continues to lose some 30% of its groundwater resources, which could potentially result in widespread migration.

Obtaining freshwater through desalination results in the dumping of residual brine into Gulf waters, and this has significant environmental consequences. As a result, salinity in the waterway is one and a half times higher than it was 15 years ago and the water is 2 degrees warmer compared to 17 years ago. Significant water evaporation due to the arid nature of the region also contributes to hypersaline conditions. In addition, fossil fuels are at times used to desalinate water despite the availability of other options, like electrical or pressure methods. The Gulf region’s use of thermal capacity for desalination purposes is high partly due to the availability of low-grade steam from gas-fired power plants, although many Gulf states are gradually turning to innovative hybrid technologies as well. The Gulf’s ecosystem is thus compromised by chemicals that disturb its biological and ecological balance.

Tehran dismisses these concerns and says Gulf Arab states withdraw more than 30 bcm of water every year, as they face a more than 20% expected decrease in natural freshwater resources in the future due to climate change. But just because these states extract Gulf water does not mean Iran should follow suit and add to the already heightened pollution levels, according to a faculty member at Yazd University, Mohammad Hassan Memarian, who calls this an environmental pollution race between Iran and its neighbors.

But for now Iran’s water withdrawal from the Gulf is less than that of even some small countries like Qatar and Bahrain. The Bushehr Nuclear Power Plant has two desalination plants, for example, compared to at least 55 plants operated by the Gulf Cooperation Council (GCC) states. These are by no means Iran’s only desalination projects though. Some 320 of Iran’s Danesh Bonyan indigenous-based scientific enterprises are rapidly developing hybrid desalination projects.

There could currently be as many as 850 desalination plants around Gulf waters. Iran’s Gulf Arab neighbors have around 50% of the total world capacity to desalinate seawater for potable water, while most reports suggest that the GCC represents more than half of global desalination production. Experts say the Hope Transfer Line will turn Iran into a leading desalination center as well as the site of the world’s largest desalination plant.

Despite the environmental concerns, Iran intends to push forward with its ambitious water transfer project. Developing the Hope Transfer Line requires at least 2.5 billion euros, and the plan was expanded last year into a $3.9 billion project. The Iran National Development Fund and a joint Iranian-European banking enterprise agreed to fund parts of it, but this was not sufficient and Tehran withheld permits to expand water pipelines unless local industries covered the project’s economic costs. Now fully backed by investors, major parts of the project are designed indigenously, and it will engage 200 local companies and generate daily employment of around 8,000 jobs.

The Hope Transfer Line will also bring Iran one step closer to implementing a south-north water corridor. In 2013, the Khatam al-Anbiya, a construction conglomerate linked to the Islamic Revolutionary Guards Corps, unveiled a water channel plan to connect the Gulf to Iran’s Caspian Sea, by pumping water away from the country’s central valleys. Simultaneously, Iran and Russia led talks about building a north-south shipping channel, which would require an estimated 579 million cubic meters of water. Dismissing environmental concerns about the impact of pumping sea water into the channel, they proposed to use desalinated water, even though this would run the risk of contamination by central valley sandstorms. The Hope Transfer Line could play a key role in realizing these earlier plans, by feeding the central valleys with water pumped from the Gulf. If these projects are realized, the Hope Line will also promote trade and tourism and expand the country’s ability to export its oil and gas through inland corridors — although all of this will come at a significant potential environmental cost.

Banafsheh Keynoush is a fellow at the International Institute for Iranian Studies, a team member at the Carnegie-funded Sectarianism, Proxies and De-sectarianisation Project, a member of the Pacific Council, and Co-Chair of the Middle East Forum at the Commonwealth Club of California. The views expressed in this piece are her own.

Photo by Presidency of Iran / Handout/Anadolu Agency via Getty Images