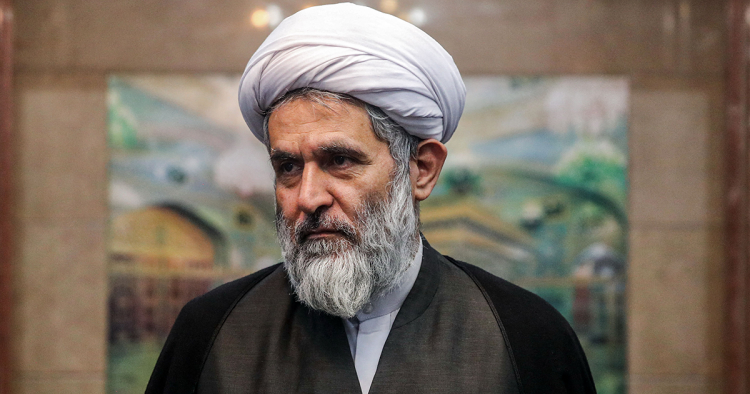 The departure of Hossein Taeb from his post as the head of Iran’s Islamic Revolutionary Guard Corps’ Intelligence Organization (IRGC-IO) triggered a wave of reshuffling in the command structure of the guardsmen. But the story is more than just a reaction to Iran’s unsuccessful terrorist targeting of Israelis in Turkey and counterintelligence lapses. There are internal power struggles and a natural maturation of the Islamic Republic’s security structure that also likely figured into the decision to remove Taeb.

As detailed by journalist Morad Veisi, Taeb and Jabbari were part of a close circle of trusted lieutenants surrounding the son of Iran’s supreme leader, Mojtaba Khamenei. It also includes Alireza Panahian, who has served as the head of the supreme leader’s think tank for universities; Mehdi Taeb, Hossein’s brother who leads the Ammar Headquarters think tank; Hassan Mohaghegh, the deputy head of the IRGC-IO; Esmail Kowsari, an Iranian lawmaker who previously was deputy commander of the IRGC’s Sarallah Headquarters, which is responsible for security in Tehran; Ali Fazli, who has served in various senior IRGC positions; and Hossein Nejat, deputy commander of the Sarallah Headquarters and former head of the IRGC’s Vali Amr Protection Unit. Many of the relationships in this circle date back to the Iran-Iraq War, when some served in the Habib Ibn Mazahir Battalion with Mojtaba Khamenei.

Taeb, Jabbari, Mohaghegh, and Nejat have all had significant career overlaps given their proximity to Mojtaba. Where Jabbari served for a period as Taeb’s deputy when he was commander of the Basij paramilitary force during the 2009 presidential election unrest, Jabbari was also Nejat’s successor as the commander of the Vali Amr Protection Unit. Nejat and Mohaghegh both served as deputy commanders of the IRGC-IO under Taeb’s leadership. With Jabbari not securing a landing spot to date after leaving his post at the Vali Amr Protection Unit and Taeb relegated to an advisory position to the commander-in-chief of the IRGC, Mojtaba Khamenei’s circle of power appears at first glance to have narrowed.

The Office of the Supreme Leader and the IRGC vs. the Intelligence Ministry

This has implications for the internal dynamics in the Office of the Supreme Leader and Iran’s broader intelligence community. Since 1989, Iran’s supreme leader has counted on Asghar Mir-Hejazi, a former deputy for international affairs in the Ministry of Intelligence and Security (MOIS), as his own intelligence and security advisor. Mojtaba Khamenei has also liaised with the security services. But the pedigrees and networks of Mojtaba and Mir-Hejazi are different, and at times have clashed.

Mojtaba has long been known for his personal association with Taeb — they meddled in episodes ranging from the lead-up to the 2005 presidential election to an attempt to push out a director-general of Islamic Republic of Iran Broadcasting (IRIB). However, Mojtaba has also maintained an expansive reach in Iran’s security institutions, most especially in the IRGC. His U.S. sanctions designation noted his close work with the commanders of the IRGC’s Quds Force and the Basij, and that’s not to mention the sprawling network of key deputies he built across other components of the IRGC, like the IRGC-IO.

Mir-Hejazi has a different background, steeped in MOIS. The U.S. government has dubbed Mir-Hejazi’ as the “working brain behind the scenes of important events” and noted that he is “closely involved in all discussions and deliberations related to military and foreign affairs.” In 2013, it sanctioned him for providing material support to both the IRGC and MOIS, and later in 2020, the U.S. Treasury Department noted his “close links to the IRGC’s Quds Force” — a connection Mojtaba Khamenei has maintained as well.

Taeb’s departure may benefit Mir-Hejazi in the near term given their past tension and his closeness with Mojtaba. After all, as Amwaj Media has noted, Taeb was accused of tapping Mir-Hejazi’s phone at one point. But it has also reported Taeb could be a potential successor to Mir-Hejazi as the supreme leader’s intelligence and security advisor or in another role. This speculation was echoed in a tweet that was later deleted by an Iranian social media outlet. Thus, Taeb and Mojtaba may have their eyes on a bigger prize and could be playing a longer game. Taeb has recovered after previous scandals in his career due to his unique relationship with the Khamenei family. He should not be underestimated or discounted. Indeed, Mojtaba will not be without allies in the IRGC-IO as Hassan Mohaghegh continues to serve as its deputy commander.

Figures associated with MOIS also stand to gain from Taeb’s departure given its traditional rivalry with the IRGC’s intelligence infrastructure and Taeb’s centrality in Mojtaba’s network. This dynamic can be seen in a report by Iran International TV that among the leading critics of Taeb were Intelligence Minister Esmail Khatib, who seized on the series of botched operations targeting Israelis in Turkey to advocate for his removal. Likewise, Taeb’s successor, Kazemi, presided over the IRGC-IPO during spectacular counterintelligence failures, like the assassination of the father of Iran’s past nuclear weapons program Mohsen Fakhrizadeh, and he lacks the onetime stature of Taeb in Tehran. Iran’s then Intelligence Minister Mahmoud Alavi complained last year that MOIS warned the IRGC with intelligence ahead of the attack and disclaimed responsibility by saying, “Fakhrizadeh was a member of the armed forces … and the individual who made the first preparations for the terror act was a member of the armed forces. We can’t do the intelligence work in the sphere of the armed forces.” A weaker head of IRGC-IO may benefit MOIS, as the former often upstaged the latter during Taeb’s tenure.

This is especially true as the IRGC continues to reel from paranoia in the ranks. The New York Times reported that Iranian authorities had arrested Ali Nasiri, a senior commander who worked in the IRGC-IPO, on suspicion of espionage. But the same Nasiri was removed as the commander of the IRGC’s Ansar al-Mahdi Protection Unit, which provides bodyguards for senior Iranian officials, back in 2019. Even then speculation swirled about Nasiri’s loyalty. But he allegedly soon resurfaced at the IRGC-IPO, the same body that Taeb’s successor led, and still caused trouble. This is not to mention that the new head of the IRGC-IPO, Majid Khademi, previously presided over MODAFL’s own counterintelligence organization despite MODAFL recently arresting several dozen of its employees on suspicion of leaking missile designs to Israel. Such a state of play of distrust and infiltration in the IRGC and the less than stellar track records of some of its new intelligence commanders may provide an opening for those in the Iranian system who seek to check the power of the IRGC’s intelligence apparatus — like MOIS.

Palace intrigue is inevitable and irresistible when analyzing changes in IRGC commanders, especially longstanding ones. But the explanations for at least some of these moves may be simpler. It is not unusual for Iran’s supreme leader to change IRGC officers after they have occupied their posts for over a decade.

Ebrahim Jabbari’s departure from the IRGC’s Vali Amr Protection Unit after more than 10 years of service there is in keeping with precedent. Hossein Nejat, his predecessor, served from 2000-10. But unlike Jabbari, Nejat used the Vali Amr commandership as a springboard to other powerful positions including at the IRGC-IO and the Sarallah Headquarters. Advancing ages may also be a factor as Jabbari is 65, but that does not explain Taeb’s removal as he is only 59, which is young in terms of the mullahcracy. This remains the missing piece of the puzzle.

In the end, while Taeb’s departure may have been influenced by the setbacks the IRGC-IO suffered in Turkey and elsewhere, it was likely not the only factor at play. The chessboard of the constellation of power in Iran’s security services may have contributed, and both allies and adversaries of Taeb will seek to exploit his departure.

Jason M. Brodsky is the policy director of United Against Nuclear Iran (UANI). His research focuses on Iranian leadership dynamics, the IRGC, and Iran’s proxy and partner network. He is on Twitter @JasonMBrodsky. The views expressed in this piece are his own.