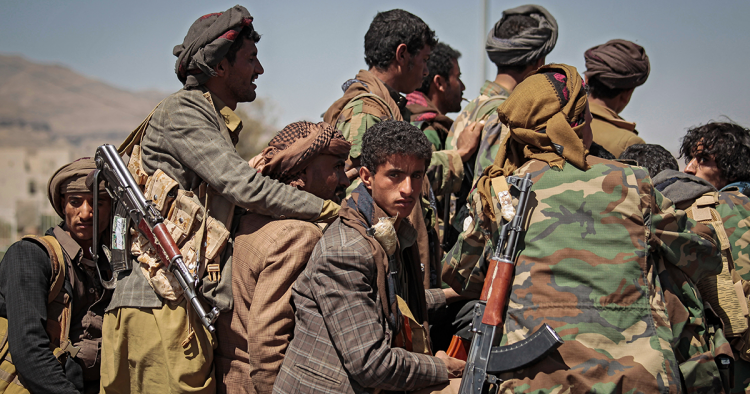 The State Department announced, on Jan. 19, that Tim Lenderking, the U.S. special envoy for Yemen, is departing for a round of consultations in the Gulf and London. He’ll be joining U.N. Special Envoy Hans Grundberg, who has already arrived in the region. According to the announcement, Lenderking is being dispatched “to press the parties to de-escalate militarily and seize the new year to participate fully in an inclusive UN-led peace process.”

Lenderking’s urgent departure for the region appears to be in response to recent Houthi escalatory steps targeting the UAE and its assets. The Houthis have recently suffered military setbacks on the ground in the strategically significant Shabwa Governorate, which they link to UAE support for Yemeni militias. They have retaliated by seizing a UAE-flagged merchant vessel, the Rwabee, on Jan. 3, and launching a drone and missile attack targeting Abu Dhabi airport and a nearby oil company facility on Jan. 17. A late December seizure by the U.S. Navy of an Iranian ship in the Arabian Sea laden with weapons heading to Yemen may also have triggered the Houthi escalation.

While a negotiated agreement by the parties to deescalate militarily and return to the negotiating table would be the preferred outcome, there’s little or no reason to believe that the Houthis, who have responded to their losses in Shabwa by escalating their attacks, are yet interested in talking. Rather, by issuing pleas for de-escalation, the international community risks sending the Houthis yet another message that their intransigence, which is the root cause of the humanitarian crisis afflicting Yemenis, will be rewarded by new pressure on the Saudi-led coalition to limit its response to Houthi aggression. In this regard, the Biden administration, with its international partners, risks repeating the failed strategy of 2021.

At the outset of the administration, policy-makers believed, not unreasonably, that a clear U.S. decision to support U.N. peacemaking efforts would entice the Houthis back to the negotiating table. So the administration took steps, particularly to pressure Saudi Arabia to reduce its military engagement in Yemen, in order to signal a changed U.S. policy. Rather than responding positively to the new U.S. approach, however, the Houthis interpreted the U.S. position as a sign of weakness and determined that they would seek to exploit the opportunity by pursuing the military victory that they had been denied through the first six years of conflict. The result is the further deepening of the conflict and its attendant humanitarian crisis.

What appeared to be a reasonable U.S. strategy in 2021 would be doubling down on failure if continued in 2022. Rather than sustaining a policy of false equivalency between the parties to the conflict, the administration needs to focus on steps that will pressure the Houthis to agree to end their military adventurism. One critical measure that goes beyond just the conflict in Yemen is to take quick, decisive actions to reestablish deterrence in the Red Sea and Bab al-Mandeb. In previous instances of Houthi attacks against shipping in the region, the U.S. responded directly against Houthi shore-based installations supporting the attacks. That U.S. response needs to be repeated, accompanied by very clear messaging to both the Houthis and their Iranian patrons that threats against shipping in international waters will not be tolerated.

Without direct engagement on the ground, the U.S. capacity to influence the course of fighting in Yemen is limited. But the administration can make clear that, beyond necessary efforts to work with our partners in the region to improve their defensive capabilities, the U.S. supports operations by the coalition to block Houthi military aggression inside Yemen, especially in the critical Marib Governorate. Thus far, Saudi intervention has prevented the collapse of Marib, but more needs to be done to turn back the Houthi assault.

Finally, UAE Foreign Minister Abdullah bin Zayed al-Nahyan has raised again the possibility of re-designating the Houthis as a foreign terrorist organization (FTO). The Biden administration determined in early 2021 that they would undo a misguided Trump administration action at the eleventh hour to list the Houthis as an FTO. At that time, there was a strong negative reaction to the listing within the international humanitarian community. They feared that it would present a serious obstacle to needed relief efforts and harm innocent Yemeni civilians without affecting the Houthis. There was a sense, as well, that de-listing the Houthis might be further incentive for them to join a negotiating process. With these new attacks and expansion of Houthi regional aggression, the balance between listing and not listing the Houthis may have shifted. The administration might suggest the time has come to reconsider the original decision, beginning by engaging humanitarian relief organizations on whether a listing of the Houthis could be implemented that would insulate essential relief efforts from harm.

Amb. (ret.) Gerald Feierstein is senior vice president and a distinguished senior fellow on U.S. diplomacy at MEI. The views expressed in this piece are his own.