How can the Middle East Better Prepare for the Pandemics of the Future? 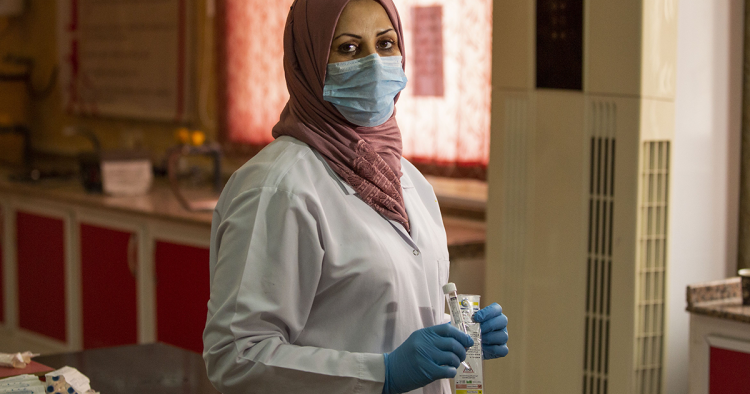 Several countries in the Middle East had devised preparedness plans in response to recent respiratory epidemics, and COVID-19 has tested them. For example, Egypt's plan was greatly modified in response to the H1N1 epidemic, first recognized in 2009, and Saudi Arabia's in response to the MERS coronavirus, first recognized in 2012. At this point most countries in the region have preparedness plans that outline how pandemic response should be initiated and implemented. However, the implementation protocols remain grossly underdeveloped and under-resourced; this will likely be the focus of Ministries of Health for at least the next decade.

Effective preparedness plans depend on both surveillance, namely timely reporting of emerging diseases at the local, national, and international levels, and the establishment of feasible, specific action plans that detail what to do when a report is confirmed. Surveillance requires systems that routinely collect information at the local level about the health status of the population and then quickly compile case reports of possible pandemic threats from multiple sources. In the case of a novel virus it is important that significant and unexpected increases in symptoms are readily identified. Ideally a sample of health care institutions from all areas of a country would report weekly statistics on key symptoms to designated organizations that continuously analyze and monitor data. In some high-resourced areas similar systems are in place, but it is difficult to maintain them without adequate resources and long-term commitments. Surveillance requires a trained, dedicated workforce. In reality the public health workforce is grossly under-resourced and in many settings individuals constantly task shift and surveillance activities are deprioritized as other requests emerge. This is the case in both high- and low-income settings.

"The COVID-19 pandemic highlighted the global economic toll of emerging highly infectious pathogens, yet it still has not resulted in long-lasting and meaningful investments in public health systems."

Technology can provide a cost-effective and efficient tool to enhance public health systems, but only if it is thoughtfully integrated. In fact, there are many examples of technology being abandoned because there was no long-term investment plan. Purchasing state-of the art radiology equipment without planning for workforce development or maintenance results in equipment simply collecting dust. Rapid technological advancements in public health can accelerate the recognition of epidemics. The earlier an epidemic threat is recognized, the sooner public health actions can be implemented to stop disease spread, morbidity, and mortality. For example, advancements in genomic surveillance led to the early recognition that SARS-CoV-2, the virus that causes COVID-19, was a novel virus that had not infected humans previously. This was done in a matter of days, not weeks or months as was the case previously. Because the virus emerged and infected humans in a relatively well-resourced part of China, the technology was readily available. COVID-19 highlighted how technology can lead to rapid development of testing systems and vaccines. Genomic surveillance and rapid diagnostic capabilities have been established throughout many countries in the Middle East. However, the effectiveness of these investments is hampered by issues with the workforce, the long-term investment and strategy, and limited supply chains (of reagents for example).

Communication and computing advancements can lead to rapid dissemination of health messages and identification of possibly infected individuals. The use of mobile phones has long been touted as revolutionary in its promise to change emergency response and health care delivery, among other areas. However, without a grounding in the realities of the community, and investments in implementation, including communication and social marketing, the results are often poor. COVID-19 has produced numerous examples of technology that did little to change the trajectory of local epidemics, such as Bluetooth-enabled contact tracing apps. Rapid communication between individuals and the public health system is crucial to limiting the impact of epidemics.

Communication at higher levels, between local and central health offices, is a critical next step to ensure timely and effective reporting of surveillance results and back-reporting of public health actions. In the cases of COVID-19, MERS-CoV, and H1N1, the international community was alerted about their emergence and thus resource-limited settings began to look for cases after the virus had already spread. Typically, when cases of a novel disease threat emerge, it is only after a critical number have been infected that officials realize that there could be an epidemic. In resource-constrained areas this can take a considerable amount of time and by the time the emergence of a novel disease is documented, it will likely be of epidemic proportions. In the case of MERS several small outbreaks were detected over a few months before it was recognized that this was a novel virus. Fortunately, that virus is nowhere near as transmissible as COVID-19 and the initial cases were in locations in the Middle East that could mount a well-resourced response.

The COVID-19 pandemic highlighted the global economic toll of emerging highly infectious pathogens, yet it still has not resulted in long-lasting and meaningful investments in public health systems. In many countries the response has been characterized by frequent knee-jerk reversals of decisions and haphazard and poorly enforced nonpharmaceutical interventions (NPIs). For example, movement restrictions and stay-at-home orders were plagued by miscommunication. Often times they were suspended in response to religious observances, holidays, or other dates of importance, in contrast to public health recommendations. While cultural sensitivity is extremely important, the long-term human health and economic tolls of this haphazard approach to implementing NPIs will have enduring repercussions.

One of the critical paradigms of public health is that when the system works, it is quiet — there are no outbreaks, no surges in mortality. As a result, decision-makers scale down their public health investments. This reality must be carefully guarded against. Over the next five years, investments should prioritize the public health system workforce at all levels and strategic technological enhancements. Without thoughtful, long-term investment in public health preparedness, the mistakes of the past will be repeated. Workers will leave the public health system for private or foreign settings, laboratories will go under-utilized, and machines will collect dust as reagents and parts become undersupplied.

Despite the massive economic toll COVID-19 has taken regionally and globally, there is little indication of long-term investments in surveillance, which is the foundation of any effective public health system. Given the current state of public health investments, unfortunately it is unlikely that any meaningful progress will be made on that front over the next five years.

Amira Roess is a professor of global health and epidemiology at George Mason University's College of Health and Human Services, Department of Global and Community Health and a non-resident scholar at the Middle East Institute.