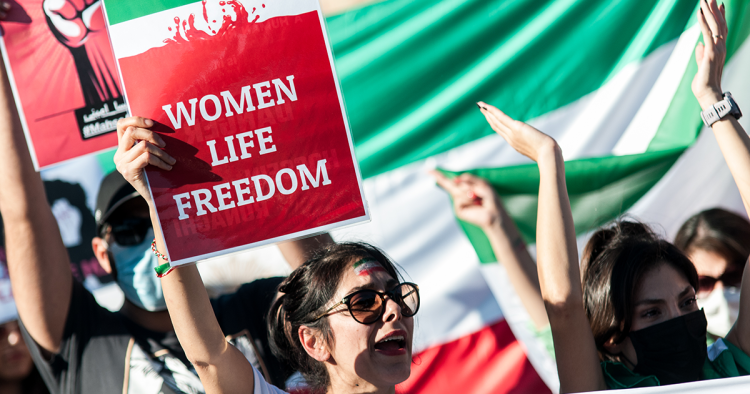 Over the past three months, there has been a massive outpouring of support around the world for the people of Iran, and especially Iranian women, amid the ongoing nationwide protests sparked by the killing of 22-year-old Mahsa Amini in police custody in mid-September. From Los Angeles to London and Auckland to Seoul, Iranians and non-Iranians alike have taken to the streets and social media to show their solidarity, echoing the protests’ slogan of “women, life, freedom.” International women’s organizations have played a central role in this effort, backing the protests, condemning the harsh government crackdown and Iran’s discriminatory laws, and pushing for the expansion of rights for women and all Iranians. Here are four things women and women’s organizations around the world have been doing to help.

Nearly three months on, international support for Iranian women and the protest movement more broadly remains strong, with a diverse array of women’s organizations issuing statements of solidarity and support. This global support not only encourages Iranian women to continue in their fight for freedom, but also it is undermining the international political and moral legitimacy of the Islamic Republic and making its government even more isolated among the nations of the international community. If there is to be any chance for real progress, however, women and men inside Iran and their supporters around the world will need to keep pushing for change.

Dr. Fariba Parsa specializes in the political ideologies of democracy and civil movements in Iran. She is a non-resident scholar with MEI’s Iran Program, works at Yorktown System Groups as a Farsi instructor, and is the founder and president of the nonprofit Women’s E-Learning in Leadership (WELL).