How is Iran responding to Biden’s policy shift on Yemen? 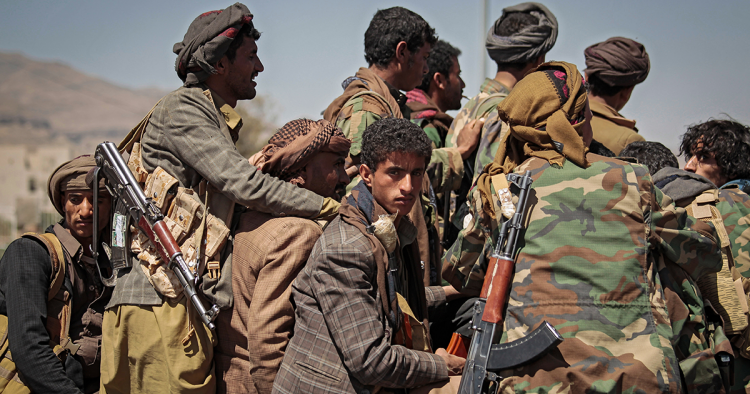 On Feb. 4, President Joe Biden announced the end of U.S. support for the Saudi Arabia-led coalition’s offensive military operations in Yemen. This decision fuelled optimism about a U.S. return to negotiations over the Joint Comprehensive Plan of Action (JCPOA) with Iran. Instead of engaging with the United States, Iran has supported the Houthi-orchestrated Marib offensive and stepped up its diplomatic efforts in Yemen. These actions reflect Iran’s skepticism about U.S. intentions in Yemen and a desire to be recognized as an indispensable stakeholder in the country’s political future.

The reaction to Biden’s Yemen announcement in Tehran was ambivalent. Saeed Khatibzadeh, Iran’s Foreign Ministry spokesman, stated that “stopping support for the Saudi coalition, if not a political maneuver, could be a step towards correcting past mistakes.” Iranian media outlets presented a variety of perspectives on Biden’s cessation of offensive support for the Saudi-led coalition. Citing Yemeni analyst Talib al-Hassani, a Feb. 10 Islamic Republic News Agency (IRNA) article argued that Biden’s decision marked the end of the “U.S. strategy to dominate Yemen” and noted that U.S. policy toward Yemen would take three to five months to appreciably change.

Other assessments were more pessimistic. A Feb. 6 Mehr News article contended that Biden’s decision was not motivated by humanitarian goals, but instead reflected his desire to deprive arms manufacturers aligned with former President Donald Trump of contracts. A Feb. 4 article in Mashregh warned that Biden’s policy shift on Yemen was simply aimed at expanding U.S. leverage over Saudi Crown Prince Mohammed bin Salman and that U.S.-Saudi Arabia cooperation, which “activated terrorism in the region,” would continue unabated.

To capitalize on Biden’s policy shift on Yemen and increase its future diplomatic leverage, Iran is encouraging the Houthis to step up their offensive in northern Yemen’s Marib Governorate. Even though they have repeatedly failed to capture the oil-rich Marib Governorate since the Saudi-led military intervention began in March 2015, the Houthis resumed their offensive on Feb. 8. Casualty levels continue to soar in Marib, as more than 60 troops were killed on Feb. 26 alone. Nasr al-Deen Amer, the secretary of the Houthi Ministry of Information, called the battle of Marib “one of the hottest war fronts since the beginning of the aggression on Yemen.” The Houthis have fired ballistic missiles on Marib and on critical targets in Saudi Arabia, such as Abha Airport, Jeddah, Riyadh, and, most recently, the Saudi Aramco facility at Ras Tanura, while Houthi news organization Al-Masirah continues to report regular airstrikes from the Saudi-led coalition.

As Iran’s military intervention in Yemen operates under a guise of plausible deniability, Tehran’s exact role in the Marib offensive remains uncertain. Iranian media outlets have lent moral support to the Houthi campaign, as Mehr News described the Marib offensive as a battle against “Saudi mercenaries and Takfiri terrorism” and claimed that Saudi Arabia has courted Gulf Cooperation Council (GCC) support as it is losing ground to the Houthis. IRNA has emphasized ISIS’s alleged support for the Saudi-led coalition in Marib and promoted allegations that Saudi Arabia transferred terrorists from southern Yemen to Marib to prevent its “liberation.” Due to this sympathetic media coverage, Yemen’s Minister of Information Muammar al-Eryani concluded on March 1 that Iran was “behind the Houthi escalation in Marib.” In addition, the Houthis’ utilization of long-range ballistic missiles has raised fresh concerns about Iranian arms transfers.

In tandem with the Marib offensive, Iran has expanded its diplomatic involvement in Yemen. Iran’s diplomatic ambitions there were illustrated by its appointment of Hassan Eyrlou as an ambassador in Sanaa in October 2020. This appointment signals Iran’s desire to legitimize Houthi rule over northern Yemen, which would give it a long-term sphere of influence on Saudi Arabia’s borders. Even more importantly, Iran’s diplomatic role in Yemen allows it to secure recognition from great powers and the United Nations as a constructive actor, which could give it a seat at the table in future negotiations.

Although Tehran hosted talks between the Houthis and European powers (Britain, France, Germany, and Italy) in August 2019, Iran has until recently viewed engagement with Russia as its path to diplomatic leverage. The death of Ali Abdullah Saleh in December 2017 created a Russia-Iran rift over Yemen, as Moscow decried the “radicalization” of the Houthis after Saleh’s assassination and Tehran hailed Saleh’s death as a triumph for the Houthis. Nevertheless, engagement between Russia and Iran on Yemen has grown since Moscow blocked a February 2018 U.N. resolution that condemned Iranian arms shipments to the Houthis. Russian Deputy Foreign Minister Mikhail Bogdanov holds regular meetings with Iran’s Ambassador to Russia Kazem Jalali on the Yemen crisis, as both countries oppose the Saudi-led military intervention and advance complementary Gulf security proposals.

While recognition of its indispensability from a great power, such as Russia, boosts Iran’s credibility, Tehran has also expanded its engagement with the United Nations on ending the Yemen war. On Feb. 7, U.N. Special Envoy to Yemen Martin Griffiths visited Tehran in an official capacity for the first time and held meetings with Iranian Foreign Minister Javad Zarif on ending the Yemeni civil war. During his trip, Saeed Khatibzadeh extolled the continued relevance of Iran’s four-point plan for peace in Yemen, which Zarif presented to the U.N. in April 2015. This plan calls for a cessation of hostilities in Yemen, immediate medical assistance, inclusive intra-Yemeni talks, and the formation of an inclusive Yemeni government.

Iran has also lobbied the U.N. to recognize Yemen’s Houthi government. On March 2, Iran’s Permanent Representative to the U.N. Esmaeil Baghaei Hamaneh called for a termination of arms exports to the Saudi-led coalition. In addition, Iran has asked the U.N. to consider region-wide talks on ending the Yemen war, which could be modelled after its Hormuz Peace Initiative (HOPE) collective security plan. Iran might see dialogue with Saudi Arabia on Yemen as a gateway to discussions on other areas of disagreement, such as Iraq, Syria, and Lebanon, and a step toward a broader de-escalation of tensions with Saudi Arabia. Although these grand objectives are unlikely to gain traction, Iran hopes that engagement with the U.N. will help it secure a seat at the bargaining table on Yemen’s political future.

Despite Biden’s cessation of U.S. support for Saudi Arabia’s military intervention in Yemen and removal of the Houthis from the U.S. terrorism list, U.S.-Iran dialogue over Yemen has not materialized. The U.S. decision on March 2 to sanction two Houthi officials over missile strikes on Saudi Arabia and the intensification of the Marib offensive dashes faint hopes that cooperation on Yemen could help revive the JCPOA negotiations. As this stalemate persists, Iran will continue synthesizing hard and soft power in Yemen, as it seeks to outmuscle Saudi Arabia and the United Arab Emirates for long-term influence in the war-torn country.

Samuel Ramani is a DPhil candidate at the University of Oxford’s Department of Politics and International Relations. He can be followed on Twitter @samramani2. The views expressed in this piece are his own.