How will the end of US sanctions waivers impact Iran and global energy markets? 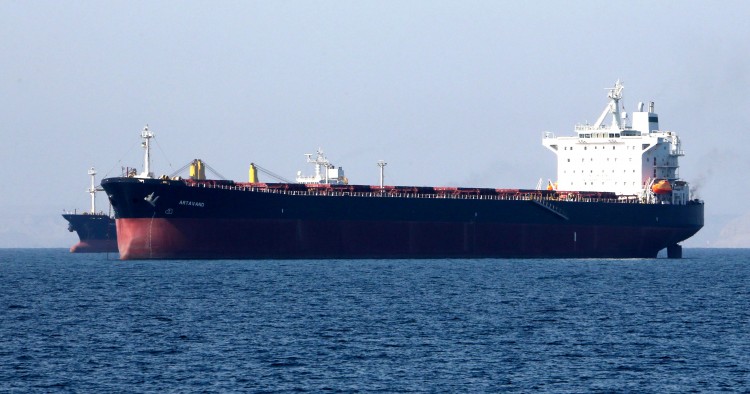 The Trump administration’s decision on April 22 to stop waiving sanctions on eight countries that purchase Iranian crude sent oil prices to their highest levels in six months and resulted in defiance and hand-wringing from the three biggest buyers. Meanwhile, Iran said it would retaliate against Washington’s attempt to damage its economy by shutting the Strait of Hormuz, a move that would make it difficult for other Persian Gulf countries to get their crude to market; around one-third of oil transported by sea passes through the Strait. Prices declined to the end of the week following President Donald Trump’s statement on OPEC’s supposed acquiescence to his request to bring them down.

Complying countries
Of the eight countries that received waivers, Italy, Greece, and Taiwan halted their Iranian imports before the U.S. announced it would not extend the waivers when they expire on May 2, while Japan and South Korea have reduced the percentage of Iranian crude in their import portfolios. Both Tokyo and Seoul are likely to comply with the sanctions. However, the remaining three countries, which account for almost 70% of Iranian crude exports, remained defiant in the face of the decision.

Turkey
Relations between Turkey, the U.S., and NATO members in Europe had already been strained over Ankara’s decision to buy Russia’s S-400 missile defense system. The only NATO member bordering Iran, Turkey said the lifting of the sanctions waiver will cost it tens of millions of dollars in lost refinery income while it scrambles to replace Iranian crude with oil from Saudi Arabia and the United Arab Emirates (UAE). Ankara wants to talk with Washington about resolving the situation.

China
China’s relations with the U.S. were tense before the sanctions-waiver decision due to the ongoing trade war between the two sides. The world’s largest crude buyer, China had viewed the U.S. decision to allow it to continue importing Iranian crude for several months as a positive move. But Beijing is clearly angry about the waiver cut-off, warning Washington not to risk Middle East turmoil by taking unilateral coercive action against a regional player as important as Iran.

India
The decision to end waivers has put Prime Minister Narendra Modi’s government in a bind as well. On the one hand, India is holding elections at the moment, and it would be risky for Modi to stop buying oil from one of India’s main suppliers during such a politically precarious time. On the other hand, India is also in talks with the U.S. about preserving its preferential trade status, which the Trump administration has threatened to revoke on the grounds that India has failed to open its market enough to U.S. goods. India’s response to the sanctions-waiver decision has been less defiant than Turkey and China’s, but it clearly resents being cornered.

Saudi Arabia and the UAE
By contrast, two of Iran’s leading regional rivals, Saudi Arabia and the UAE, are delighted with the U.S. decision to stop waiving sanctions on buyers of Iranian oil. The Saudis and Emiratis are likely to gain much of the business that Iran loses. Both are holding off on filling the global production gap that the loss of Iranian crude will create until the next meeting of OPEC+ — a grouping that comprises, in essence, the cartel and Russia — on June 17. But the two Gulf powers are likely to agree to President Trump’s demand that they pump more to offset global losses from Iran to prevent oil prices from soaring.

The Saudis’ decision to consult with other OPEC members first is understandable. The country has been trying to preserve cartel unity in the face of oil price volatility. Longtime OPEC watchers can’t help but note the irony in the United States, the world’s largest oil producer, leaning on Saudi Arabia, the cartel’s leader, to pump more crude to keep global prices in check.

OPEC is supposed to protect members’ collective interests. But Iran is a member of OPEC, too. Saudi Arabia’s likely decision to pump more oil to make up for the loss of Iranian supply certainly does not mesh with OPEC’s raison d’être, and OPEC has suddenly found itself in the awkward position of deciding whether to offset production losses from a cartel member based on the demand of a major producer that isn’t a member.

Ignoring the broader ramifications, OPEC+ members will be happy to boost their production after years of output cuts stemming from the initial OPEC+ deal of 2016. They will not only seek to increase their profits but also to capture Iran’s lost market share. A key question is how long it will take Saudi Arabia to ramp up additional production once OPEC+ sets new quotas.

Conclusion
The U.S.’s status as the world’s most important economy gives it a potent weapons to punish countries that defy its sanctions on Iran: Cutting off trade with them. Even so, countries that are major buyers of Iranian oil are unlikely to be able to wind down all of their purchases before Washington’s deadline of May 2nd. The U.S. will probably refrain from punishing them if they are making progress toward ending their imports from Iran, however.

Since the Trump administration imposed sanctions on Tehran in May 2018, Iran’s oil exports have been cut in half, falling from 2.8 million barrels per day to 1.4 million. That downward trajectory is likely to continue, with the key factors being:

One factor that the Trump administration appears not be taking into consideration is the long-term geopolitical fallout from its muscle flexing. It may succeed in bringing Iran to its knees economically by bullying its trading partners, but the strong-arming is likely to stoke both anti-Americanism and anti-dollarism among allies and rivals alike.