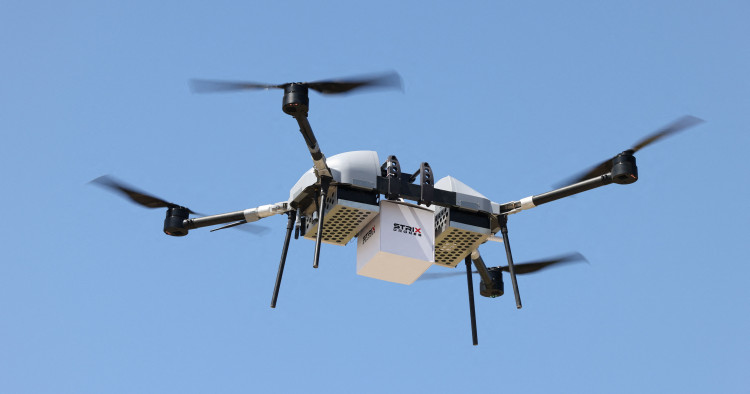 On July 14, Israel’s Prime Minister Yair Lapid, India’s Prime Minister Narendra Modi, the United Arab Emirates’ President Mohammed bin Zayed, and the United States’ President Joseph Biden met for the inaugural summit of the so-called I2U2 Group. The four member states do not share borders, similar to the countries making up the Quadrilateral Security Dialogue (QUAD, composed of India, Australia, Japan, and the U.S.) or AUKUS (Australia, the U.K., and the U.S.), which reflects a new global trend of minilateral alliances and formats that focus on specific regional challenges. The I2U2 inaugural summit was a success if for no other reason than simply the establishment of this grouping. However, going forward, it will need to form an ambitious, multi-faceted agenda that does not provoke other regional and great powers — namely, Turkey, Iran, Russia, and China — that are still trying to decipher the new group and its geopolitical orientation. Technology represents one potentially fruitful area where the I2U2 member states could cooperate together, expand their format to include more countries, deliver tangible results, and avoid agitating certain global and regional powers.

The strategic rationale for the I2U2

The conceptualization of I2U2 came out of the introduction of the geopolitical concept of West Asia, a region encompassing the Middle East and South Asia. The I2U2 format specifically aims to establish a balance of power vis-à-vis this region’s rising Eurasian powers, such as Iran and Turkey. The I2U2 could expand to become the I2U2+ by gradually enlarging to include Egypt, Saudi Arabia, and other Arab Gulf states in the short term, as well as potentially France, Greece, and Italy in the long term. For Washington, the Indo-Abrahamic framework and the I2U2+ format would change the United States’ role from a security guarantor to an offshore balancer in West Asia. The I2U2+ would also allow the United States to meet its long-term strategic needs in the Indo-Pacific without leaving a vacuum in West Asia for Beijing and Moscow to fill while establishing New Delhi as Washington’s primary strategic partner among the littoral states of Eurasia — a geostrategic portion of the globe that Yale University international relations scholar Nicholas John Spykman famously referred to as “the Rimland.”

The I2U2 leaders are working toward building a latent security architecture into the grouping in the coming years, evident by the four leaders’ support of the Abraham Accords and the Negev Forum. A regional security framework would include the Abraham Accord states (Israel, Morocco, the UAE, and Bahrain) and Egypt. But in its initial phases, the I2U2 should aim at balancing between being agile and open to various initiatives while also not being too lax or losing its sense of direction. For the I2U2 to be an effective format that other regional powers will want to sign on to, it is crucial that the current members — India, Israel, the U.S., and the UAE — set forth an ambitious agenda that can produce tangible results and showcase the strategic value of the format.

In the 21st century, technology is slowly emerging as the main basis of power among nations and civilizations. New geopolitical fault lines will continue to be drawn around technology and the flow of information. Over the past several years, the United States and China, in particular, have been locked in a tech-fueled great power competition, encompassing issue areas spanning from cyber warfare to intellectual property (IP), from data to artificial intelligence (AI), and from undersea cables to low-Earth-orbit satellites. Against this backdrop, the I2U2 should focus its initial active phase on technology-driven initiatives, where its four members can seek the convergence of their respective tech and digital policies by unlocking opportunities in these spheres. Tech and cyber areas of economic growth amongst the four member states will create incentives for more states to join the format.

After years of differing positions on 5G and whether to cooperate with China on technology and infrastructure development, the United States and Israel are slowly aligning their policies and strategies on cyber and tech issues. This trend highlights not only Israel’s prominence as a cyber superpower with enormous global influence but also its centrality to Washington’s global cyber doctrine. Following the U.S.-brokered Abraham Accords, the UAE and Israel specifically put emerging technologies and the cyber domain at the center of their gradual geostrategic realignment. Together with Israel’s leadership in deep tech as well as drone and anti-drone capabilities, and the UAE’s financial clout and expertise in scaling digital solutions, the two sides are forging a tech and cyber coalition that makes use of each country’s comparative advantage. For instance, the International Semiconductor Consortium (ISMC), a joint venture between the UAE’s Next Orbit Ventures and Israel’s Tower Semiconductor, will invest $3 billion in India’s southern state of Karnataka to build a chip-making plant. Notably, this initiative may be able to take advantage of Prime Minister Modi’s $10 billion in incentives to develop India’s domestic semiconductors industry. Such growing bilateral and trilateral cyber and tech cooperation among India, Israel, the U.S., and the UAE should be formalized and extended to all participants within the I2U2 mechanism.

First, while it may take more time for the I2U2 nations’ digital relationships to converge completely, policymakers from each of the member states should set up institutional frameworks to address their divergent technological systems. The four countries could use the United States-European Union Trade Tech Council (TTC) as the primary model to set up their common tech agenda. The TTC provides “a framework to promote cross-agency, whole-of-government coordination on U.S. and EU approaches to key global trade and technology issues, to deliver security and prosperity.” Ideally, India, Israel, the U.S., and the UAE should establish a high-level working group to similarly coordinate their policy on technology and cyber issues.

Second, the four countries should focus on gradually harmonizing their individual digital trade and tech standards. Each of the I2U2 partners is at the forefront of the global digital landscape. The United States’ unmatched ability to invent, design, finance, build, deploy, and scale up advanced technologies makes Washington a tech superpower, which the rest of the world strains to keep up with. India is quickly solidifying its status as another superpower in this space through its domestic digital transformation, expanding human talent base, growing digital landscape, and developing homegrown IP rights. The UAE and Israel, in turn, are both emerging tech powers with a large footprint in emerging markets and sought-after in terms of innovation, talent, financing, location, and tech capabilities. The strength of the I2U2 states’ tech landscapes, thus, creates an incentive for the gradual harmonization of their laws and regulatory frameworks surrounding issues such as 5G rollout, the development of 6G networks, cross-border data transfer, the protection of IP rights, the ethics of AI, the rollout of self-driving vehicles, the manufacturing of semiconductors, as well as the use of decentralized finance.

Third, the I2U2 countries should deepen their economic and technology cooperation on critical tech such as semiconductors, drones, anti-drone technology, data processing, AI, decentralized finance, and the crypto industry. The above-mentioned Israeli-Emirati joint venture to build a $3 billion semiconductor facility in India could serve as a model that should be replicated by the I2U2 states in this and other emerging tech areas where the four are able to find strategic and commercial synergies and work in tandem.

For the I2U2 to become the major mechanism for geostrategic integration in West Asia, it needs to establish an ambitious agenda capable of delivering successes that can progressively build upon one another. At the same time, however, this set of agenda items must not alienate other regional and global powers, especially in the initial phase of cultivating the I2U2 format. A cyber and technology agenda informed by the recognition that advanced technology and cyberspace are among the most consequential domains in an era of tech decoupling yet formulated in a way that is not antagonistic toward other states will thus be crucial at this stage. And at the same time, a robust I2U2 tech agenda could offer another strategic incentive for other countries, such as Egypt and Saudi Arabia, to join the format in the coming years.