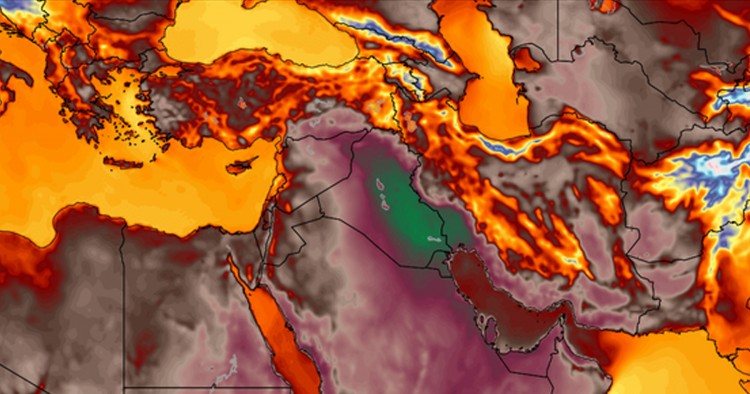 The Sendai Framework for Disaster Risk Reduction (SFDRR) is a 15-year (2015-2030) voluntary international agreement that is guiding global action and thinking on disaster risk reduction (DRR). The first major agreement of the post-2015 development agenda, the SFDRR strives for substantial reduction of disaster risk and losses in lives, livelihoods and health and in the economic, physical, social, cultural and environmental assets of persons, businesses, communities and countries. Ever since the adoption of the Sendai Framework, India has taken a lead in the implementation this framework, and this experience has many lessons to offer to other countries and regions.

The Middle East region can imbibe some of the lessons from India’s experience in implementing the SFDRR to build the resilience of their own citizens and assets. The UN Office for Disaster Risk Reduction (UNISDR) classifies the Middle East and North Africa (MENA) as a single region with similar risk exposure and DRR challenges. According to the latest GFDRR, in the MENA region, drought, flooding and earthquakes continue to threaten the economies and people of many countries. While the number of natural disasters around the world has almost doubled since the 1980s, in MENA it has almost tripled. Water scarcity, climate change and rapid urbanization have aggravated the impact of natural hazards in a region where 3% of its surface area is home to 92% of the population.

Historically, most countries in the Middle East and North Africa have approached disaster risk management focusing on post-disaster relief and recovery activities. Governments across the region are trying to change that, and recent years have seen the establishment of a number of national-level disaster risk management units, early warning systems, preparedness plans, and national risk assessments. It is in this regard that the MENA region can draw lessons from the Indian experience of implementing the SFDRR.

In June 2016, India became one of the first countries to launch its National Disaster Management Plan (NDMP). The uniqueness of this plan rests on the fact that it is totally aligned with the targets and priorities of the Sendai Framework. By launching this plan, India has also shown the way in the implementation of the Sendai Framework at the sub-national levels, which can be replicated by other countries across the world. Some of these lessons from India to the Middle East are given below.

Perhaps the greatest lesson from the Indian experience of risk reduction is innovation in disaster risk governance. India’s NDMP is a shining example of this approach. Through the NDMP, the government of India is putting its efforts behind community strengthening and understanding of disaster risk through education and public information, investing in disaster resilient infrastructure and committing to improved disaster preparedness and building back better recovery, rehabilitation and reconstruction. Innovation in governance on these themes can be replicated by the countries of the Middle East as well.

Another common area of interest for India and the Middle East is the challenge presented by extreme heat and heat waves. Due to climate change, heat waves are becoming more frequent and severe across the globe. For instance, the 2017 heat wave that swept across the Middle East caused an unprecedented rise in temperatures leading to a lot of human distress. India too has suffered from the debilitating impacts of heat waves but this experience has compelled it to take considerable strides in heat wave preparedness. Indian cities, such as Ahmedabad, have shown the way in heat wave preparedness through a successful four-pronged strategy which involves 1) public information campaigns about the risks of heat illnesses and preventive measures, 2) a warning system that maps out what actions various government agencies should take; 3) training of healthcare workers to respond better to heat illness; and 4) adapting the physical plan of the city to cope through mapping high-risk areas, making potable water easily accessible, and building temporary cooling spaces during periods of extreme heat.

A third area where India and the Middle East can work together to implement the mandate of the Sendai Framework is through reducing the exposure and vulnerability of children in their respective regions to the various risks faced by them. In India, children comprise almost 39% of the population. Over 29 million children continue to live in poverty in the Middle East. Poverty exacerbates the underlying vulnerability of children to the adverse impacts of disasters. Therefore, both India and Middle East should invest in protecting children from disasters and emergencies. Comprehensive School Safety and Security (CSSSP) is a robust way of achieving this outcome.

Most importantly, India and Middle Eastern countries need to come together to jointly address the issue of distress migration caused by disasters, conflicts or other emergencies. Unstable governments, civil strife and natural disasters have proven to be a heady mix of calamitous events for the Middle East and spawned one of the greatest refugee crisis ever seen in the contemporary world. Internal migration in India is also picking up with the rise in urbanization. It is important for both these regions to enable the migrants of their respective regions to migrate with dignity in pursuit of opportunity and save them from the exigencies of distress migration.

All the aforementioned areas are merely indicative — and not exhaustive. There are many areas on which India and the Middle East can come together to achieve the mandate of the Sendai Framework. However, focusing on disaster governance, child-centered DRR, heat-waves and distress migration can go a long way in realizing the vision of the Sendai Framework in these two regions.