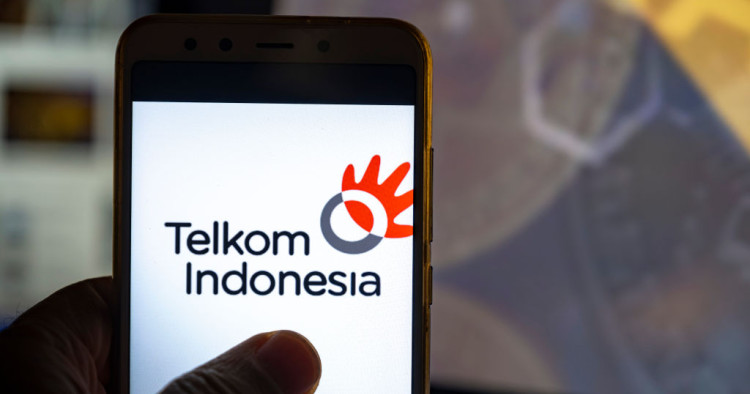 Over the past 20 years, Indonesia — the world’s fourth most-populous country and the largest Muslim-majority nation — has evolved into a democracy based on tolerance and a moderate interpretation of Islam, and has emerged as one of Asia's fastest-growing economies. This article is part of a series on “Indonesia and the Middle East: Exploring Connections,” which examines the nature, scope, and implications of Indonesia's ties with the MENA region. See more ...

Indonesia’s relations with the Gulf Cooperation Council (GCC) countries have been harmonious and especially fruitful in recent years. These bilateral relationships have spread beyond the economic realm, as both sides have strengthened cooperation in the political and cultural spheres. Indonesia-Gulf relations have also progressed on the technology front — though this blossoming area of cooperation has received little, if any media and scholarly attention.

The first significant instance of Indonesia-Gulf technology took place in 2008, when Qatar became the majority stakeholder in Indosat, one of Indonesia’s largest telecommunication providers.[1] Today, Qatar holds a 65% stake in Indosat.[2] In 2021,[3] the company, now known as “Indosat Ooredoo,” launched its first commercial 5G services in the city of Solo, in Central Java.[4] The new 5G service was expected to provide Indosat Ooredoo’s consumer and business customers with access to enhanced mobile broadband Internet, enabling them to meet growing demand in Indonesia for digital content and services over mobile networks.

For Indonesia,[5] the development of 5G technology would help accelerate the digital transformation of Indonesian society and stimulate innovation in businesses across all industries. If Ooredo’s 5G service were to reach its full potential, it would help move the nation towards a 5G-enabled future. Although for now the service is only available in Solo, Ooreedo also plans to extend the commercial roll-out to other major cities in Indonesia, including Jakarta, Surabaya, and Makassar, where demand for data services is high.[6]

Last year, Indosat Ooredoo also approved a $6 billion merger of telco units of Qatar’s Ooredoo and Hong Kong’s CK Hutchison (0001.HK) and set a deadline of 2025 for the merged entity to ramp up its services.[7] The deal would make the merged entity, Indosat Ooredoo Hutchison (ISAT.JK), Indonesia’s second biggest telecoms company after state-backed Telkomsel. In November, the Indonesian government granted preliminary approval for the merger. After the merger takes place, it is expected that the firm would increase its tower sites by at least 11,400 by 2025 and expand its cellular services to cover a minimum of 7,660 more villages or districts by 2025.[8] The firm also plans to improve its service quality by increasing download and upload throughput by at least 12.5% by 2025.[9]

In addition to the Indosat story, businesses in Qatar have also participated in various digital expos in Indonesia.[10] Acknowledging the growing number of tech savvy Indonesian consumers, these expos focus on digital lifestyle and services in e-commerce, social media, digital campaign, mobile apps, web hosting, and web design, as well as services in the financial, banking, insurance, and tourism sectors. The Indonesian government, for its part, has reached out to Qatar. In July 2020, then-Indonesian Minister of Communication and Information (Menkominfo) Johnny G. Plate, meeting with Qatar’s ambassador to Indonesia, Fawziya Edrees Salman Al-Sulaiti, extended an invitation to the Qatari  government to invest in Indonesia’s telecommunications sector and thereby help accelerate the country’s digital transformation.[11]

The United Arab Emirates (UAE), too, has exhibited interest in the development of Indonesia’s digital economy. In 2019, the Indonesian government held a bilateral meeting with UAE’s Minister of Artificial Intelligence (AI) Omar Sultan Al Olama during the United Nations General Assembly.[12] The meeting discussed the use of AI technology in all fields, particularly on how it can improve public service.[13] The two Ministers agreed to develop initiatives that will reduce the gap between the government and the private sector in the use of technology.[14] During the meeting the two countries also signed an MoU on monitoring unfair business competition in the digital sector.[15]

Over the past three years, these agreements have yielded tangible results. In July 2022, for instance, UAE EdTech platform, Alef Education, agreed to provide its free digital service to Indonesian students.[16] The service includes lessons in mathematics and Arabic language.

In addition, the UAE, in its existing US$10 billion funding commitment to the Indonesia Investment Authority (INA) for Indonesia’s new capital project, has committed to invest in E-learning and digital infrastructure as part of Indonesia’s plan to build the new city using green and environmentally friendly technology.[17]

In November 2021, Bank Indonesia and the Central Bank of the UAE (CBUAE) signed a MoU to work closely together across three main areas: digital innovation in payments and financial services to enable more efficient and secure transactions; cross-border payment systems including retail payments; and frameworks for anti-money laundering (AML) and combatting the financing of terrorism (CFT).[18] As part of the Indonesia-UAE Comprehensive Economic Partnership (IUAE-CEPA) finalized in early 2022, Indonesia and the UAE also agreed to boost ties on digital economy and supporting Small and Medium Enterprises (SMEs) in adopting digital platforms.[19]

Technological cooperation between Indonesia and the UAE has involved not just state actors but private sector actors as well. The most important example of Indonesian-Emirati private sector tech cooperation has taken place in the health care sector, between UAE’s G42 and two of Indonesia’s leading health companies, Kimia Farma, and Bio Farma. Agreements forged between these firms encompass research, development, production, and distribution of products based on laser technology and Artificial Intelligence (AI) for COVID-19 screening.[20] Also noteworthy is that in 2021 G42 agreed to work with one of Indonesia’s telecommunication service providers Smartfren in setting up a data center with a capacity of 1000 megawatts.[21]

Additionally in the telecoms sector, UAE’s Thuraya Telecommunications Company and Indosat Ooredoo have signed an MoU to develop a new range of services by combining Indosat products with Thuraya Satellite technology and devices for business customers in Indonesia.[22] New services will be developed using Indosat SIM cards roaming on the Thuraya network as well as bundling satellite devices with Indosat Ooredoo digital applications.[23] Thuraya and Indosat plan to develop, at a later stage, additional use cases for the burgeoning internet of things (IoT) market.[24]

The satellite-powered business applications allow organizations to extend their services beyond terrestrial networks, whenever they have remote connectivity requirements across various extreme environmental conditions. Indosat has identified an extensive range of specific sector opportunities for Thuraya land, data, and maritime services. The full scope of markets now set for transformational communications capabilities across Indonesia includes oil and gas, and mining; plantations; high end yachting, merchants, and fishing; and military and police services.

Jakarta-Abu Dhabi digital cooperation is not just a one-way street. Last year, it was reported that an Indonesian unicorn investor, East Ventures, was interested to invest in the UAE startups.[25] The growing closeness between the two countries in the digital sector has made the has led Indonesia to regard the UAE as a ‘strategic partner’ in developing its digital ecosystem.[26]

Indonesia-Saudi Arabia digital collaboration has also begun to gain traction. In 2019, the Bandung Institute of Technology agreed to develop a weather detection system for Saudi Arabia.[27] The Hydrometeorological Hazard Early Warning System (H-HEWS) can forecast sandstorms, heat waves, heavy rain, and other extreme weather, with an accuracy of 85%. This endeavor is particularly noteworthy because it illustrates that Indonesia-Gulf tech cooperation is not a one-way street and might indicate considerable untapped potential for further collaboration.

In 2021, the Saudi government invited Indonesia to become a founding member of the Digital Cooperation Organization (DCO), which is aimed at serving as a multilateral platform for digital cooperation.[28] In September 2022, the Saudi Minister of Communications and Information Technology Abdullah Al-Swaha met with Indonesian officials to discuss ways to enhance cooperation in the areas of digital economy growth, emerging technologies, digital government, technical talent development, innovation promotion, and space technologies.[29] This meeting built upon the wide-ranging 2019 MoU with Riyadh,[30] which envisioned offering facilities for Saudi investment in Indonesia’s digital economy sector, including spurring the development of new unicorn companies;[31] the exchange of information, experience, and knowledge among experts; measures to enable the penetration of Indonesia’s digital products or technology in Saudi Arabia; and the establishment of a Digital Task Force.[32]

Although details regarding the schedule for implementation of some of the elements of the MoU have yet to emerge, one notable breakthrough occurred in September 2022, when a joint fund was established to support Indonesian startups seeking to expand their operations into the Middle Eastern market.[33] One month later, the Saudi government launched the Umrah platform, known as Nusuk, in Jakarta.[34] The platform, which is available in Indonesian, serves to simplify arrival procedures for visitors who wish to travel for Umrah and various other new services such as visa facilities, permits, ordering processes and procedures along with Umrah packages. In November 2022, both sides agreed to cooperate on digital transformation, innovation, cybersecurity, and artificial intelligence in the field of energy.[35]

Indonesia has also developed ties with Oman in the technological sector. In December 2020, for instance, Oman, represented by International Emerging Technology Company of Oman (ETCO)  and Indonesia, Awadah Group Indonesia, agreed to develop a linguistic platform using Augmented Reality & Artificial Intelligence.[36] Under the name Salam Tech, the partnership would launch a unique application and content designed for the global market, which would commence in Indonesia, followed by plans for expansion in Southeast Asia and beyond.[37] The initiative would allow the introduction of Omani-Arabic calligraphy and other works of art in digital form to Indonesian people. The agreement between ETCO and Awadah Group was followed by a commitment by Jakarta and Muscat in 2021 to support each other’s digital transformation.[38] In August 2022, an Indonesian company, Gravel, which creates a mobile app to help contractors find construction workers, was invited by the Omani government for a possible cooperation on creating similar application in Oman.[39]

Indonesia and Kuwait have signed agreements in 2019 on research on digital technology for SMEs and e-commerce, as well as on data and technology.[40] Such frameworks could facilitate the digital ties between the two countries in the future. Although concrete initiatives have yet to materialize, the recent progress made in digital cooperation between Indonesia and the other Gulf States suggests that before too long Indonesia and Kuwait will find ways to collaborate in the digital and creative economy fields.

As Indonesia is currently working to accelerate their digital transformation,[41] the country sees the GCC countries as prospective partners to achieve its goals. In recent years, the government in Jakarta has exerted efforts to improve access to technology and communications in some of its regions, especially poor areas and the eastern part of the country, which still lack technological infrastructure and digital connectivity. Indonesia has found a welcome reception to its outreach from the Gulf Arab countries.

Yet the Gulf Arab states are not alone in seeking to increase their digital foothold in Indonesia. Other countries, notably China, have also been doing so.[42] Growing Chinese engagement in the digital space, though, raises some concerns, including the possibility of espionage and surveillance, as well as excessive dependency. In this context, the Gulf States could offer Indonesia the ability to move beyond its traditional technological partners while at the same time serving as a gateway for the GCC countries to expand their investments in the tech sector in the wider Southeast Asian region. All in all, it is likely that technological cooperation between Indonesia and the GCC countries will continue to evolve.

[19] Ministry of Trade of the Republic of Indonesia, “Minister of Trade: Indonesia-UAE Collaboration in IUAE-CEPA Key to Facing Future Challenges,” September 7, 2021, https://representative.kemendag.go.id/news/minister-of-trade-indonesia-uae-collaboration-in-iuae-cepa-key-to-facing-future-challenges.