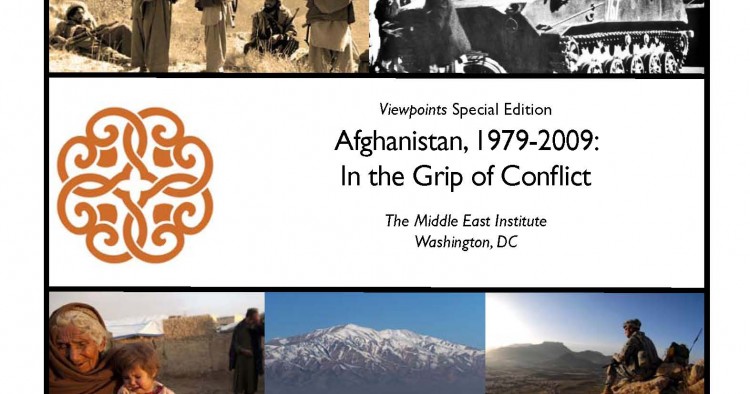 This is the sixth and final volume in the 1979-2009 special series of MEI Viewpoints.

The 53 essays contained in this edition revisit the tortured path that Afghanistan has followed over the past three decades. The essays, which are grouped under five subject headings, paint a revealing picture of Afghanistan’s complex social, political, and economic landscape and of the interplay between domestic and external forces. They also catalogue the missed opportunities and callous opportunism that have been partly responsible for Afghanistan’s misfortunes during the past 30 years.

In late December 1979, Soviet airborne forces and ground troops invaded Afghanistan. Thirty years later, as then, the restoration of the country’s sovereignty and the achievement of peace lie beyond the horizon. The successive conflicts that have occurred in the intervening time have killed or displaced millions of Afghans while reducing much of the country to rubble. Following the September 11, 2001 terrorist attacks on New York and Washington, the United States launched a military operation that ousted the Taliban from power.

Yet, Afghanistan remains in the grip of conflict — its legal economy in a parlous state and its state institutions weak. Also weak are the legitimacy of the present Afghan government, the confidence of the Afghan people in the international donor community, and their tolerance of foreign forces on their soil. Meanwhile, the United States and its coalition partners, following lengthy internal deliberations, are poised to implement a revised strategy in the face of a mounting insurgency in Afghanistan and waning domestic political support for their continued engagement there. At the same time, Afghanistan’s neighbors are eyeing these developments warily, girding themselves for the possible renewal of full-scale civil and proxy warfare.

Afghans deserve a future far better than their experiences of the past 30 years. One can only hope that they are supported in their efforts, sooner rather than later, to achieve it.