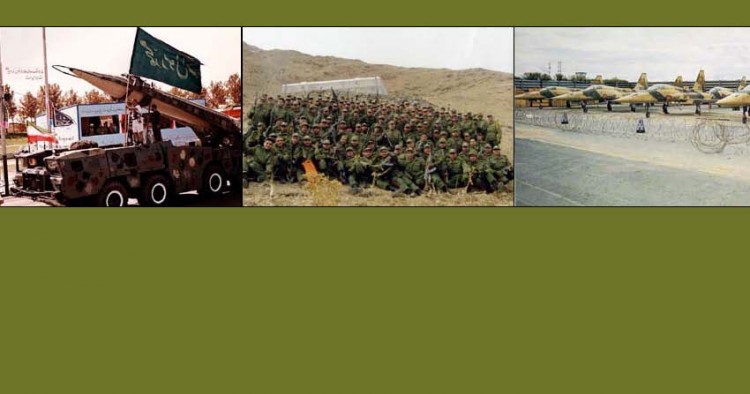 As the US-Iran showdown continues, among Western analysts there is an infinite desire for more data and analysis relating to the workings of the Islamic Republic. From a US standpoint, a better understanding of the various organs and players in the Iranian regime setup is imperative as Washington weighs its options and sets out to formulate its policies.

The fact is that, while much of the Iranian internal policy-making deliberations are still somewhat of an enigma to US policy analysts, certain aspects of the regime are better understood than others. One key stakeholder in Iran that deserves far more scrutiny in the West is the Artesh, the 350,000-strong regular armed forces.

The Artesh has been largely ignored for two reasons. First, the regime in Tehran has tied its political future to the ability of the Islamic Revolutionary Guard Corps (IRGC) to safeguard it against both internal and external adversaries. Accordingly, it is the IRGC that has become the chief military face of Iran, even though it remains a smaller force than the Artesh. Second, the Artesh has avoided the limelight and UN sanctions because it is — unlike the IRGC — an entity that is designed and operates as a national defensive force.

In the following Viewpoints articles in this Middle East Institute series, the key historical, political, and military aspects of the Artesh are discussed. Each article focuses on particular features of the Artesh, and combined they tell the story of a force that is still distrusted by the regime due to its past American patronage. But there are also signs that the regime appreciates the harmful impact of continuing a long-held policy of sideling the Artesh.

Not all scholars, even within this publication, see the same patterns emerging from the facts that are known. The goal of this series is to begin a conversation about the Artesh, its capabilities and limitations, and its role in domestic and regional policymaking. The Artesh must be understood in order to place Iranian politics in its proper context. It is our hope that this series will accomplish that goal. We would also like to express our gratitude to Alex Vatanka and Sharif Sokkary for their work as organizers and collaborators in this series.