Iran and U.S. on Collision Course in Post-Islamic State Syria and Iraq 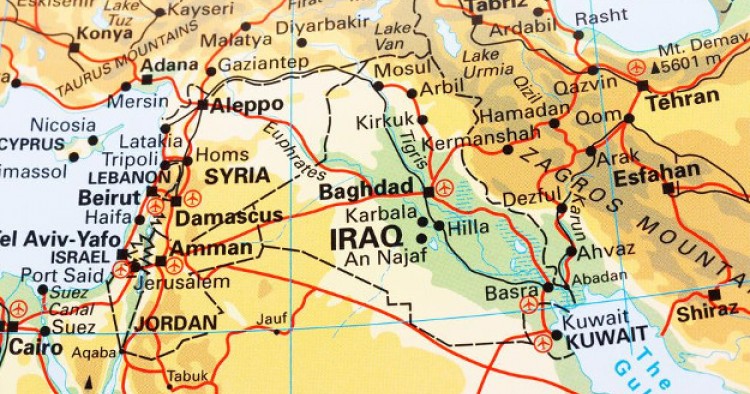 Latest reports about increased U.S. military activities on Jordan’s norther border – coupled with the Trump administration’s ongoing talks with Baghdad about the prospect of keeping American troops in Iraq after the defeat of the Islamic State – have triggered alarm in Tehran. The Iranian media – particularly outlets affiliated with the Islamic Revolution Guards Corps (I.R.G.C.) – have been speculating that the U.S. military buildup along the borders of Syria and Iraq are part of a broader effort by Washington and its allies to counter Iran’s regional ambitions. As a result, the I.R.G.C. and its regional proxies are taking “preemptive” measures to "foil" the U.S. "scheme."

On May 17, the I.R.G.C.-affiliated Fars News Agency warned that the United States and its allies are preparing for a “sensitive war” along the Syrian-Iraqi borders to achieve two key goals: 1) to prevent Iran – and by extension China – from carving a land route to the Mediterranean Sea via Syria and Iraq; and 2) to block Tehran’s “strategic supply lines” crucial to helping the “resistance front” through Syria. Iranian leaders use the term "resistance front" for Tehran's regional armed proxies that fight Israel, the United States and Iran's other perceived enemies in the region.

“When America orders its allies to mobilize and escalates threats in the region, it means that the war in Iraq and Syria is not over,” the I.R.G.C. outlet stressed, adding that the Syrian Army and the Iran-supported Iraqi Popular Mobilization Forces (P.M.F.] has a long and difficult journey before reaching the shared borders between Syria and Iraq and clear and hold the regions along the way.

It further argued that the latest regional developments are not “coincidental” and point to a calculated plan by Washington and its allies to step up their game in Syria and Iraq at the expense of Iranian interests.

These recent developments, according to F.N.A., includes the U.S. allegations that Damascus is incinerating the corpses of executed prisoners; the Israeli minister’s call for the assassination of Syrian President Bashar al-Assad; objections to the Russia-sponsored de-escalation zones in Syria; increased U.S. air strikes in Syria; Syrian opposition groups’ threat to boycott peace talks; and the U.S. military buildup along the border of the Iraqi Kurdistan.

Tabnak News Agency, which is run by former I.R.G.C. commander Mohsen Rezaei, echoed a similar warning. “There are increased activities in southern Syria that indicate preparations for an attack through Jordan and Israel and [with the help of] armed group.”

To counter the perceived threat from the United States and its regional allies, Iran has mobilized its proxy forces in both Syria and Iraq for two objectives: to seize the control of strategic regions along the Syrian-Iraqi border from the Islamic State and to challenge the presence of American troops and U.S.-backed Syrian and Iraqi groups in the region.

In Syria, according to Fars News Agency., the I.R.G.C. has in recent days deployed more than a 1,000 fighters - mostly from the Lebanese Hezbollah - to two fronts in southern Syria near the border with Jordan. The I.R.G.C. and its allies hope that the deployment of additional forces to Daraa, Homs and Quneitra regions would prevent the “U.S.-backed militants” stationed in al-Tanf border crossing from moving toward Deir Ez-Zor. Fars News Agency also reported this week that the Syrian Army and Iran-backed militia forces will deploy additional forces along the Syrian-Iraqi border and will carry out joint military operations in central parts of Syria – claiming that establishment of Russian-sponsored de-escalation zones in Syria has allowed the Syrian Army and the I.R.G.C.-controlled forces to focus on other strategic regions.

Likewise in Iraq, Iran-backed militia forces have launched a new military offensive – dubbed Muhammad Rasulullah – to seize more territory from the Islamic State in western Mosul and control the land corridor from the strategic city of Tal Afar to the Syrian border. Iran and P.M.F. leaders claim that such a move would help cut off the Islamic State’s supply lines between Syria and Iraq. But some Iraqis and regional Sunni states worry that Iran and its proxies are consolidating their presence to have influence over Iraq and Syria after the Islamic State is defeated.

As the Fars article suggests, Tehran is also attempting to establish a land corridor for access to the Mediterranean Sea by passing through Syria and Iraq. It did not elaborate on whether Iran and China planned to jointly develop such a land corridor to the Mediterranean Sea for trade purposes as well. But the commentary in the Iranian media makes it clear that the Islamic Republic sees the United States as an obstacle to its plan. On May 16, the Guardian reported that that Iran had changed the course of its planned land corridor to the Mediterranean coast as a result of an increasing U.S. military presence in northeastern Syria. The new route is said to be passing through Mayadin – a town currently occupied by the Islamic State in eastern Syria – instead of Kurdish areas in northeastern Syria where the U.S. military has reportedly been beefing up presence.

In the past year, the U.S. military and Iran-backed militia groups have been de facto allies in the fight against the Islamic State in Iraq. But now that the common enemy is on the brink of defeat, Tehran and Washington increasingly appear to be on a collision course in both Syria and Iraq.

In the past month, Iran and its proxies have already turned their attention to undermine the U.S. military presence in Iraq and Syria. Iran-controlled Iraqi militia groups have recently dialed up propaganda against the U.S. military by accusing it of aiding the Islamic State and pressuring the Baghdad government to “expel” American troops advising the Iraqi security forces in Mosul and across the country.