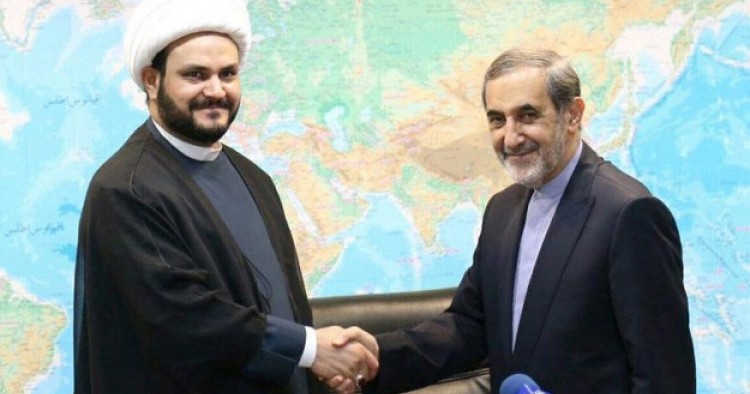 Harakat al-Nujaba, an Iranian-sponsored Iraqi militia group fighting in Iraq and Syria, today threatened to attack American troops in Iraq and the broader region in response to President Donald Trump’s announcement yesterday about the recognition of Jerusalem as Israel’s capital. “Trump’s foolish decision to make Jerusalem the Zionist capital will spark a major uprising to excise this entity (Israel) from the body of the Islamic nation, and is a legitimate justification to target American troops,” said Akram al-Kaabi, the group’s leader, according to a statement published on Nujaba’s website.

Separately, Nujaba’s spokesman, Sayyed Hashem al-Musawi, said, “It is upon the Islamic community to respond to the targeting of their sanctities if this decision is implemented.” According to Iran’s Fars News Agency, he described the U.S. plan to move its embassy to Jerusalem is a “hostile” act against Muslims, and added: “Nujaba calls on the Muslim world to take immediate action to stop Washington’s acts of bullying against the Palestinians and the sacred al-Quds (Jerusalem).”

In addition, Hashim al-Moussawi, the spokesman of Asa’ib Ahl al-Haq, another Iranian-supported militia unit within Iraq’s Popular Mobilization Forces (P.M.F.), said in a statement that the transfer of the U.S. embassy from Tel Aviv to Jerusalem is an “aggressive” action aimed at all of Islam.

Reacting to Trump’s speech, A.A.H.’s leader Qais al-Khazali yesterday called for armed struggle against America and Israel. "Trump’s decision to designate Jerusalem the capital of the occupying Zionist entity marks the beginning of the end of the racist Israeli entity. We call on all the free and faithful to unite in a single front to confront arrogant (powers) & enemies of humanity," he wrote on Twitter.

Comment: Harakat al-Nujaba and Asa’ib Ahl al-Haq are two prominent P.M.F. groups that take their orders more from Tehran than Baghdad. Leaders and commanders of the two group (the former is a splinter of the latter) engaged in attacks against American troops before the 2011 U.S. withdrawal from Iraq. While Iranian-backed groups and the U.S. military were de facto allies in the war against ISIS over the past three years, tension is heightening up between the two recently as ISIS is militarily defeated. In recent months, the two groups have intensified anti-American rhetoric and propaganda and have repeatedly called on the Baghdad government to expel U.S. troops from the country.

After a bill was introduced in the U.S. House of Representatives last month, entitled “Iranian Proxies Terrorist Sanctions Act of 2017,” commanders of the two groups have specifically threatened violence against the U.S. military and American interests in the region. The congressional bill would impose terrorism-related sanctions with respect to both groups.

The Nujaba movement has also expressed readiness to help the Lebanese Hezbollah in a potential fight against Israel in the future. In March, Nujaba announced the creation of a new brigade to seize the Golan Heights – claiming that “latest victories” against the Islamic State and Sunni rebels in Iraq and Syria have allowed the group and its allies to focus on Israel. Leaders of the group claimed that members of the new brigade are highly-trained, well-equipped and capable of fighting the Jewish state. “Israel is weaker than a spider web. Islamic resistance is capable of confronting the axis of evil and annihilating the occupying Zionist regime,” Kaabi told Lebanon-based Arabic-language al-Mayadeen news network.