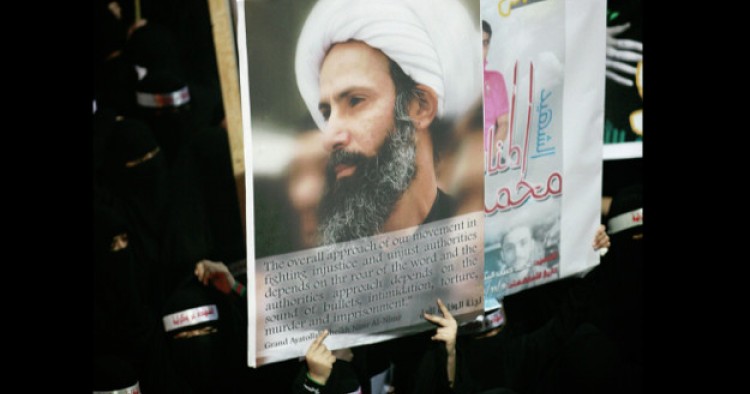 The leader of a prominent Iran-linked Iraqi militia group has voiced support for anti-government “resistance” by Saudi Shiites in the Kingdom's oil-rich Eastern Province, the Iranian media reported. Referring to the latest episode of violence in the Shiite town of Awamiya, Akram al-Kaabi, the commander of Harakat al-Nujaba, said the Shiite community in Saudi Arabia resists against the government the same way Palestinians fight against Israel. The militia commander further described the United States, Israel and Saudi Arabia as the “axis of evil” and called on all “freedom-seeking and anti-imperialism” people around the world to take a stand against the Saudi government’s “terrorist actions” in Awamiya region. The leader of Nujaba, one of Iran-supported groups accused by international human rights organizations of killing scores of civilians in Syria, criticized the international community for remaining “silent” on the plight of Saudi Shiites.

Comment: Harakat al-Nujaba is sectarian Iraqi militia group that operates under the leadership of Major General Qassem Soleimani, the commander of the Islamic Revolution Guards Corps (I.R.G.C.) Quds Force. The leader of the group, Kaabi, makes no secret of his allegiance to Iran’s Supreme Leader Ali Khamenei or his close relationship with Soleimani. The I.R.G.C. uses the Nujaba group and other powerful Shiite units within the Iraqi P.M.F. not just to fight the Islamic State, but also as a pressure tool against the Baghdad government, regional Sunni states and the United States. Kaabi once famously stated that his forces would oust the Baghdad government if ordered by Khamenei. The Nujaba group also fights in Syria and has close operational links with the Lebanese Hezbollah.

As the Islamic State is on the brink of defeat in Iraq and Syria, the I.R.G.C. has begun using the Nujaba group to threaten Iran’s regional rivals. In March, the Nujaba movement announced  that it had established a new brigade to seize the Golan Heights from Israel. And earlier this month, Kaabi threatened the Bahraini government over the prosecution of Ayatollah Isa Qassim, the spiritual leader of the Bahraini Shiites. “The Hamad [bin Isa al-Khalifa] regime should not imagine that targeting Sheikh Qassim is an internal issue,” he said in an interview with Iran’s al-Alam News Network’s Arabic channel. “It is targeting all the Shiites of the world,” he emphasized. “We in the Harakat al-Nujaba, many resistance factions, the Hashd al-Shaabi [Popular Mobilization Forces], and all world Shiites have the right to respond to the targeting of Sheikh Qassim,” he warned.

Kaabi’s threat to Saudi Arabia comes amid a resurgence of tension in the Kingdom’s Eastern Province. Saudi authorities over the weekend blocked roads to Awamiya, a day after security officials said gunmen killed civilians in the predominantly Shiite town.

Saudi Arabia was largely spared by revolutionary protests that broke out in the Arab world in early 2011. But the Kingdom’s oil-rich Eastern Province has sporadically been hit by anti-government protests in the past six years. While the protest movement in the Eastern Province was inspired by anti-government protests in other Arab countries, the Iranian government tried to exploit Saudi Shiites’ grievances for political ends – albeit with mixed results. Iranian Arabic television and radio channels began to urge the Saudi Shi’ites to rise against the Saudi and Bahraini regimes. And after the Saudi government executed Sheikh Nimr al-Nimr, revolutionary mobs attacked Saudi diplomatic missions in Tehran and Mashhad – resulting in the severing of diplomatic ties between Saudi Arabia and Iran in January 2016.

Although Shiites make up only about 10 percent of Saudi Arabia’s 30 million population, their geographical location in the oil-rich Eastern Province makes them strategically important to the government. The region is also prone to foreign interference as it is the closest to the three Persian Gulf countries with Shiite majorities: Bahrain (65 to 75 percent), Iraq (65 to 70 percent), and Iran (90 to 95 percent).