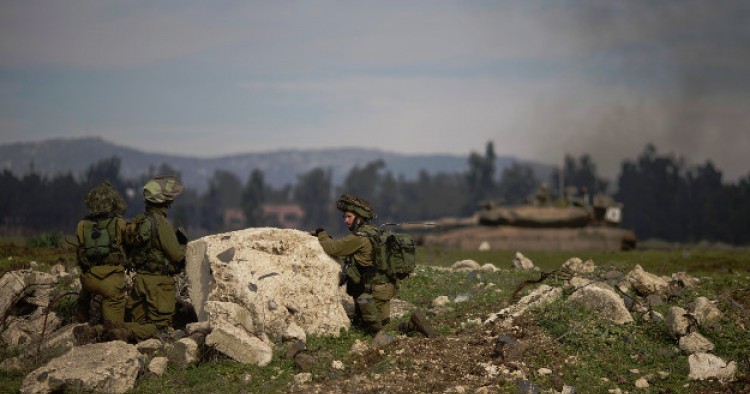 Just days after Harakat al-Nujaba, an Iran-supported Iraqi militia group, announced the creation of the “Golan Liberation Brigade,” the group’s chief commander on Saturday emphasized that his forces had created the new brigade not to attract media attention but to take action to reclaim the Golan region from Israel. “Given the extensive field experience and military capabilities of the Nujaba Islamic resistance, the creation of the Golan Liberation Brigade is not a media campaign but its real goal is resistance [against Israel],” the group's Secretary-General Akram al-Kaabi was quoted in Fars News Agency, an Iran outlet affiliated with the Islamic Revolution Guards Corps (I.R.G.C.). He also rejected the notion that Israel was a powerful state and could defend itself. “Israel is weaker than a spider web. Islamic resistance is capable of confronting the axis of evil and annihilating the occupying Zionist regime,” he told Lebanon-based Arabic-language al-Mayadeen news network.

Last Thursday, Nujaba’s spokesman Hashem al-Moussawi had announced at a press conference organized by the I.R.G.C. in Tehran that the militia group had created new brigade to “liberate the Golan Heights. “After the latest victories [in Syria and Iraq], we established the ‘Golan Liberation Brigade’. This is a trained army with specific plans. If the government of Syria requests, we and our allies are ready to take action to liberate Golan,” he pledged.

Comment: I.R.G.C. commanders have talked about helping Damascus to reclaim the Golan region from Israel for almost three decades. Last year, Brigadier General Ali Asghar Gorjizadeh, a senior I.R.G.C. commander and a veteran of the Iran-Iraq war, claimed that the Syrian government had refused Tehran’s offer in the 1980s to send an I.R.G.C. battalion to help the Syrian Army to “liberate” the Golan Heights. But he explained that the I.R.G.C. has over the past decades used the Syrian territory to train anti-Israel “resistance forces,” particularly the Lebanese Hezbollah.

And now that the six-year Syrian civil war has allowed the I.R.G.C. to gain a significant military footprint inside Syria, it is no surprise that the I.R.G.C. will seek to use its powerful Shiite proxies such as the Harakat al-Nujaba to threaten the Israeli security. Mindful of Iran’s growing military presence in Syria, Israeli Prime Minister Benjamin Netanyahu during his trip to Moscow last week asked Russian President Vladimir Putin to prevent Iran from taking advantage of the conflict in Syria to station its proxies permanently on Israel’s northern border. “I made it clear to President Putin our resolute opposition to the consolidation of Iran and its proxies in Syria,” he told reporters after the meeting. “We see Iran trying to build a military force, military infrastructure, with the intention to be based in Syria, including the attempt by Iran to build a seaport. All this has serious implications in terms of Israel’s security.”

The announcement of the Golan Liberation Brigade may be particularly worrying for Israel because, similar to other Iraqi and Afghan Shiite militia groups fighting in Syria, the Nujaba group has close operational links with the Lebanese Hezbollah in Syria. Furthermore, senior I.R.G.C. commanders have recently visited the Syrian-controlled regions of the Golan Heights on military and reconnaissance missions.

Harakat al-Nujaba – also known as Harakat Hezbollah al-Nujaba – is a sectarian Iraqi militia group that operates under the leadership of I.R.G.C. Quds Force commander Qassem Soleimani. Kaabi makes no secret of his allegiance to Iran’s Supreme Leader Ali Khamenei or his close relationship with Soleimani. Kaabi once famously stated that his forces would topple the Baghdad government if ordered by Khamenei. The Nujaba group has been fighting in Syria since 2013, and Kaabi had declared recently that more of his forces would leave Iraq for Syria once the Islamic State is defeated in Mosul.