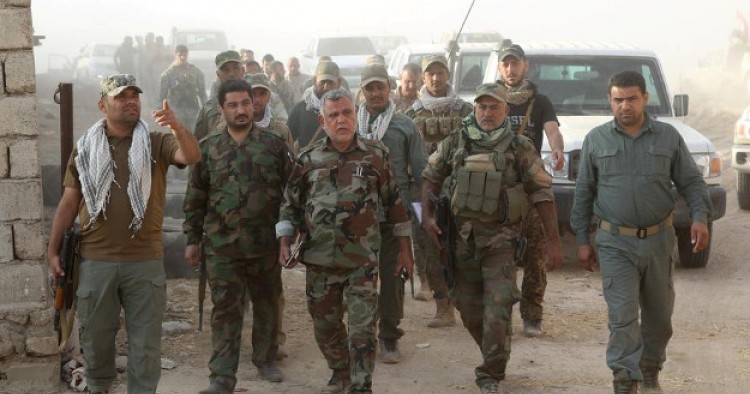 The leader of a powerful group within Iraq’s Popular Mobilization Forces (P.M.F.) has warned that the country could lapse back into anarchy and civil strife over the escalating dispute on the Kurdish autonomy.”If tension over the Iraqi Kurdistan’s referendum continues, it will certainly culminate in civil war” Hadi al-Amiri, the head of Iranian-supported Badr Organization, was quoted as saying by Iran’s Fars News Agency. “Unfortunately, when the civil war breaks out, blood will be shed,” he added.

Amiri also announced that his forces are preparing for the “ultimate operation” to oust the Islamic State from the northern city of Hawija as well as from regions along Iraq’s border with Syria. He said “terrorists and their sponsors wanted Mosul to be the beginning of Iraq’s partition and division,” but added that the plot failed and terrorists are on the verge of defeat.

Comment: With the liberation of Tal Afar, the Iraqi security forces are planning to dislodge the Islamic State from the city of Hawija. The offensive is expected to be more complicated than the highly publicized Tal Afar operation. First while the Islamic State decided to surrender Tal Afar without much resistance, the estimated 2,000 militants in Hawija will most likely put up a fight. Difficult terrain, particularly the Hamrin Mountains, will add to the problems.

But all these challenges can be overcome if the Iraqi security forces, the P.M.F., and the Kurdish peshmerga will be willing to coordinate their efforts. Hawija lies near Kurdish-controlled territory in the disputed province of Kirkuk, and the offensive begins at a time when the Iraqi Kurdistan is set to hold an independence referendum on September 25 – a move that both the Baghdad government and most P.M.F. groups oppose.