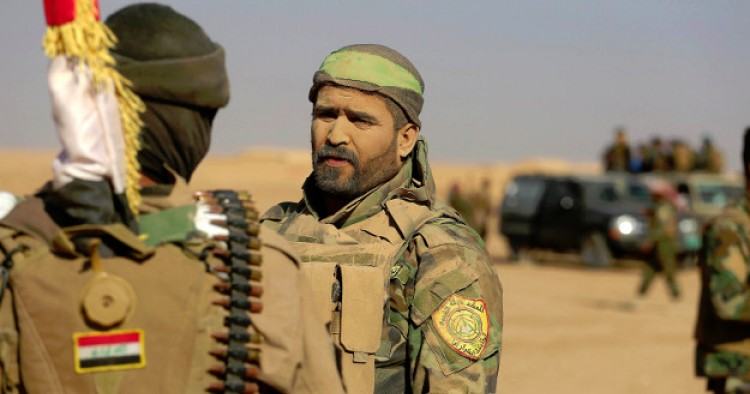 The spokesman of Iraq’s Popular Mobilization Forces (P.M.F.) reiterated today that its forces will play a leading role in military operations in the Iraqi provinces of Nineveh and Kirkuk – particularly in the strategic city of Tal Afar in western Mosul. “The Popular Mobilization Forces have a commanding and extensive presence and participation in operational zones in Nineveh Province,” P.M.F. spokesman Ahmad al-Assadi said in an exclusive interview with Fars News Agency, an outlet affiliated with the Islamic Revolution Guards Corps (I.R.G.C.). “The Popular Mobilization Forces will certainly take part in liberating Tal Afar. The operation will begin in a few days.” He further explained: “At present, these forces are stationed between Tal Abta in the south and Sinjar in the north of Nineveh Province. In addition to repelling Daesh [Islamic State] attacks in this zone, [P.M.F] also assists other forces that are participating in operations to liberate the remaining regions in the northwestern front and western parts of Mosul.” The P.M.F. commander also revealed that the militia forces will also be part of military operations in al-Hawija District and its surrounding regions in Kirkuk Province.

In western Mosul, Iran-controlled groups pose the biggest threat to the region’s security. The prominent role of sectarian Shiite militias under the command of the I.R.G.C. worries Iraqi Sunnis and regional Sunni states. These groups have committed engaged in acts of arbitrary killing, kidnapping, looting and rights abuses in the past. It is feared that they may engage in revenge killing against Sunni inhabitants of western Mosul once the Islamic State is ousted.

The P.M.F. consists of militia forces largely from Shiite but also other Iraqi ethnic and religious groups, and the alliance has now been legally integrated into the Iraqi security forces. However, the most powerful units with the P.M.F. are controlled by the I.R.G.C., which poses threat not only to the Iraqi security but also to U.S. military advisers who are assisting Iraqi security forces in Mosul an across the country. Recently, Iran-linked Iraqi militia groups have launched a vicious propaganda campaign against the United States and pressured the Baghdad government to “expel” American forces from Iraq.