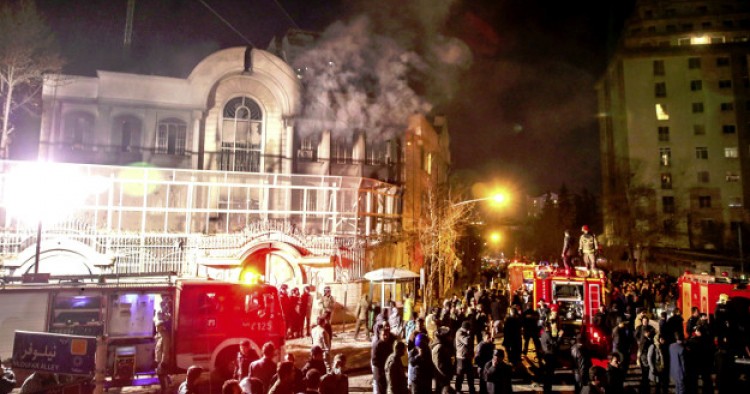 On Tuesday, a senior Islamic Revolution Guards Corps (I.R.G.C.) official refuted claims by Saudi Arabia that it had detained three I.R.G.C. members plotting attacks against the kingdom. “The claim lacks any value ... and looks more like a joke,” General Rassoul Sanaeerad, the deputy I.R.G.C. head for political affairs, said in an interview with Tasnim News Agency. He claimed Riyadh was fabricating the allegations for psychological warfare purposes against Iran.

Separately, the Iranian Interior Ministry’s director general for border affairs also rejected the Saudi claim. “Three individuals from Bushehr were detained by the Saudi border guards while they were fishing. There is no proof that these three individuals were military people. Because of the critical situation and lack of diplomatic relations between Iran and Saudi Arabia, this issue is being pursued through the United Nations and international organizations,” Majid Aqababaee said.

The Iranian media has also covered the news story extensively. Tabnak News Agency, which is affiliated with former I.R.G.C. chief commander Mohsen Rezaei, claimed that the Saudi government and media outlets made up the allegation in order to deflect attention from Iran’s missile strikes in Syria - which it claimed exhibited Iran's military power.

Comment: On Monday, Saudi Arabia said its naval forces had captured three I.R.G.C. members who were navigating a boat laden with explosives toward the Saudi-owned Marjan oilfield. Iranian officials  confirmed the incident had happened but claimed those detained were “simple fishermen” not I.R.G.C. personnel. A statement by the Saudi Arabia’s Information and Culture Ministry said the three I.R.G.C. members captured had made it clear their action was “intended to be a terrorist act in Saudi territorial waters designed to cause severe damage to people and property.” It added: "The three captured members of the Iranian Revolutionary Guard are now being questioned by Saudi authorities," it said, citing a Saudi official.

The incident comes at a time when relations between Tehran and Riyadh is at their worst in almost three decades. Diplomatic ties between the two countries took a nosedive in January 2016 when Iranian mobs torched the Saudi embassy to protest the execution of a Shiite cleric in the Kingdom. Iran’s Foreign Minister Javad Zarif acknowledged last Wednesday that Iranian authorities did not manage the embassy attack and its aftermath correctly.

Most recently, Iran’s support for the Bashar al-Assad regime in Syria and Houthi rebels in Yemen have particularly troubled Riyadh and its regional allies. Earlier this month, Saudi Arabia and several other Arab states severed diplomatic and commercial ties with Qatar over Doha’s close ties with Tehran and alleged support for terrorism. And after the Islamic State attacks in Tehran days later, Iranian officials blamed Saudi Arabia and the United States of being behind the attacks and vowed retaliation.