Iran Is Not About to Fall for Trump’s Trap 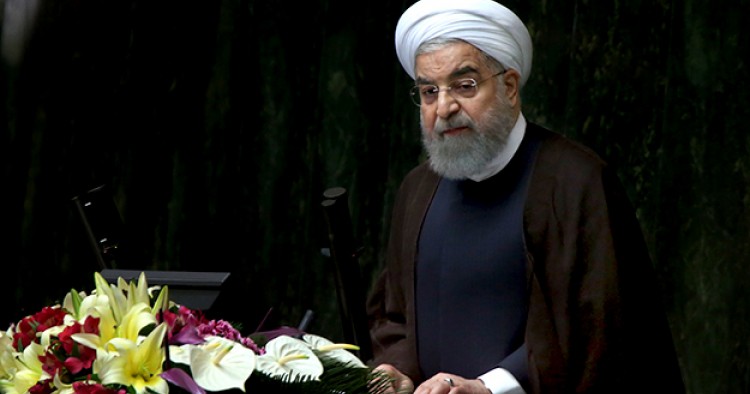 President Donald Trump likes a good war of words with foreign leaders. And besides the North Koreans, the leadership in Iran makes a first-rate target for him. After all, one of his signature campaign pledges was to undo the 2015 nuclear deal that Barack Obama’s administration signed with Tehran and five world powers.

Since Trump’s earliest days in office, he has kept alive the threat that he might unilaterally withdraw the United States from the Joint Comprehensive Plan of Action (JCPOA), a multilateral agreement unanimously endorsed by the U.N. Security Council. This represents a challenge to Trump’s counterpart in Tehran, President Hassan Rouhani, who made the deal his administration’s central accomplishment and is now banking that the U.S. president will stick to it despite Trump’s rhetoric.

But Rouhani can’t let Trump’s threats go unanswered. On Aug. 15, he warned that if Trump imposed new sanctions, Iran could turn the nuclear clock back to where it was prior to the 2015 deal and could do so “not within months and weeks, but in a matter of hours and days.” In Washington, this was interpreted to mean that Tehran might undo all the concessions it made during the negotiation process and, in a bat of the eye, move back to the edge of a nuclear weapons capability.

Iran has its own merciless politics, and Rouhani’s gambit is an effort to prevent Trump’s denunciations of the deal from acting as an anchor around his neck. At worst, U.S. opposition to the deal could hinder his domestic agenda and serve as ammunition for members of the Islamic Revolutionary Guard Corps (IRGC) and other hard-liners, who never believed that Washington would keep its end of the bargain. For Rouhani, the nuclear agreement was never an end in itself: Its successful implementation was to be the catapult that would propel him to the highest office in the Islamic Republic. He clearly seems loath to let Trump push him off his path.

No doubt, the recently re-elected Rouhani has greater political ambitions left in him. It is a safe bet to assume he is already eyeing the top job in the regime, the position of supreme leader.