Iran prepares for US sanctions 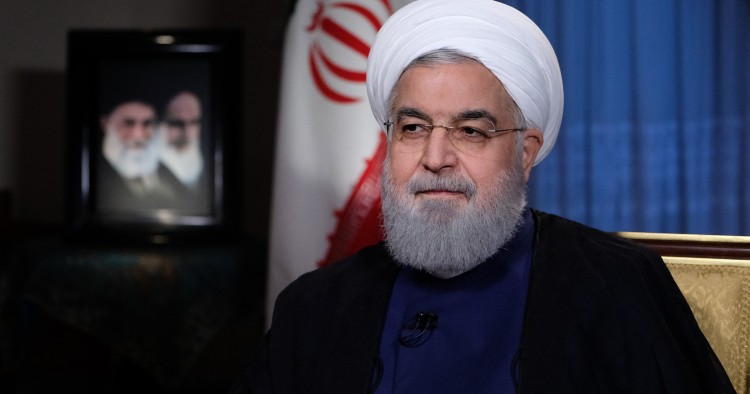 In this week's Monday Briefing, MEI experts Alex Vatanka, Marvin G. Weinbaum, and Charles Lister provide analysis on recent and upcoming events including Iran's decision to sell its oil in the private sector, the prime minister of Pakistan's search for foreign aid, and the Syrian summit in Istanbul.

Iran prepares for US sanctions

On Oct. 28, for the first time in its history, Iran sold some of its crude oil via an energy exchange house. This new approach of selling to anonymous private customers is part of Tehran’s efforts to evade US sanctions on Iranian oil, which are set to be imposed from Nov. 4. Whether it will be that much harder for Washington to identify and penalize private customers—as opposed to big national oil importers—remains to be seen.

Meanwhile, a few realities are crystal-clear. Despite such measures, Tehran’s oil exports will continue to suffer, not least due to the discounts it has to offer to entice customers. The nature of such anonymous transactions is also inherently corrupting. During the last round of sanctions on Iranian oil, the use of informal middlemen led to a number of major multibillion-dollar corruption scandals such as those involving Babak Zanjani and Reza Zarrab. Turning to the private sector to sell some of its oil also points to another reality: Tehran has no intention to readjust any of its foreign policies or negotiate with the Trump administration. Instead, it wants to buckle down and wait out the Trump presidency, whether it ends in 2021 or 2025. Aside from looking for ways to evade sanctions, the Iranian energy sector is today devoid of strategic ideas about how to retain the country’s once major role as an energy powerhouse.

In the short term, with the economy in bad shape, oil revenue is key. Officials in Tehran say the country can stay afloat by selling 1 million barrels of oil a day (compared to the pre-sanctions figure of 2.5 million barrels per day) at a price of around $75 per barrel. This might be the case but it still amounts to Iran withering as an energy power.

Later this week Pakistan’s prime minister, Imran Khan, will travel to China, the second foreign country he has visited since assuming office in August. The main purpose of his travel is the same as for his recent trip to Saudi Arabia: to acquire financial assistance to shore up a hemorrhaging Pakistan economy. Khan came away from Saudi Arabia with a handsome bounty in the form of $3 billion in balance-of-payment assistance and another $3 billion in deferred oil payments. China has meanwhile hinted that it may show new generosity toward its partner in the China-Pakistan Economic Corridor.

If the Saudi contribution comes at a propitious time for Pakistan, it also provides the kingdom an opportunity to serve its own interests. Saudi Arabia has bailed out Pakistan’s economy before, and has long been active in influencing its culture and politics. But for the first time Saudi Arabia is using Pakistan’s neediness to make major infrastructure investments that could give the kingdom a significant stake in Pakistan’s economy. The kingdom is also buying additional insurance that it can continue, as it has for decades, to count on Pakistan’s military for its domestic defense—if necessary now to foil a coup against the regime. Riyadh no doubt also hopes that in its rivalry with Iran, it can further tilt Pakistan in Saudi Arabia’s direction. Given its ties to Iran, Pakistan could also be the kingdom’s logical choice for a mediator in ending the Yemeni conflict. And at this time when the Saudi monarchy is feeling particularly insecure after receiving international condemnation for the murder of Jamal Khashoggi, the kingdom has with its largesse gained assurance of Pakistan’s steadfast allegiance.

Syrian political process at a standstill

Following a rare summit in Istanbul on Oct. 27, the leaders of Turkey, Russia, Germany, and France agreed to support existing UN-led efforts to form a constitutional committee by late 2018, as the first phase of “an inclusive, Syrian-led and Syrian-owned political process.” In addition to promoting the importance of continued de-escalation in Syria, France and Germany also stressed that such steps on the political process would be necessary before there can be any “real, sustainable, and credible return of refugees.”

From the summit’s final statements, it appears the gathering brought no new developments. UN Special Envoy Staffan de Mistura, who will resign his position in November, had earlier told the UN Security Council on Oct. 26 that the Assad regime had refused to allow the UN any role in selecting members of a civil society component of the constitutional committee—presenting the process with “a serious challenge,” he said. In effect, that regime position means that the entire process may never even start and more than a year of UN-led efforts would have been for nothing.

Russia first proposed forming a constitutional committee and then forced it onto the UN agenda, but it appears to have little desire or ability to persuade Damascus to cooperate. With the political process at a standstill, the demilitarized zone in Syria’s northwest looks to be breaking down. Pro-Assad forces have fired nearly 100 artillery rockets at opposition positions over the past four days, while a coalition of small pro-al-Qaeda factions have launched at least four attacks on regime positions. Should hostilities there escalate, the political process as it stands would face a potentially insurmountable challenge.