Iran Ramps Up Its Exchange Programs for the Houthis in Yemen 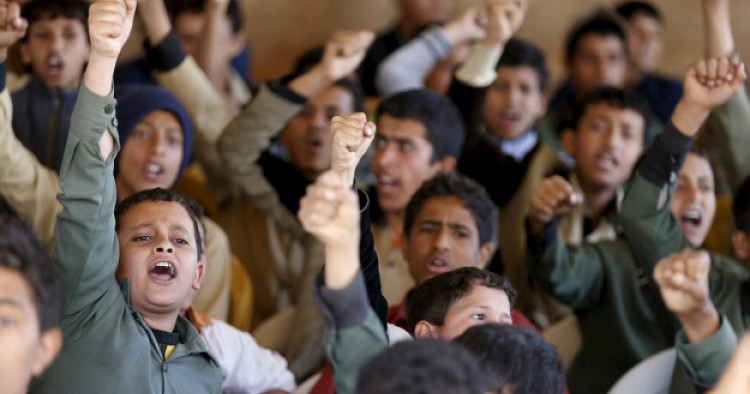 Following the Houthi takeover of Sana’a, Iran expanded its academic and cultural exchange programs in Yemen’s education sector. Iran initiated these programs in response to a Saudi-financed program to increase the number of Salafi mosques and madrassas in northern Yemen in the 1990s. Following the Houthi seizure of Yemen’s government in February 2015, Iran leveraged some of these programs —using social welfare services and fundraising networks— to create inter alia recruiting conduits for its political and military training courses, both inside and outside of Yemen. Several of these training programs are jointly operated with Hezbollah.

The widespread destruction of local primary and secondary schools from Yemen’s civil war prevented almost a quarter of Yemeni students from pursuing their education during the 2015-2016 academic year. Iran’s efforts to expand its influence and academic footprint into the local education arena have been greeted with some acrimony and pushback from Yemeni leaders. In a recent interview, Amin al-Ukaymi, the Yemeni governor of al-Jawf governorate accused Iran of sending teachers to recruit and indoctrinate out-of-school children in his local districts and institutions. He claimed that these Iranian efforts dilute Yemen’s Arab identity and create new platforms for spreading its revolutionary ideology.