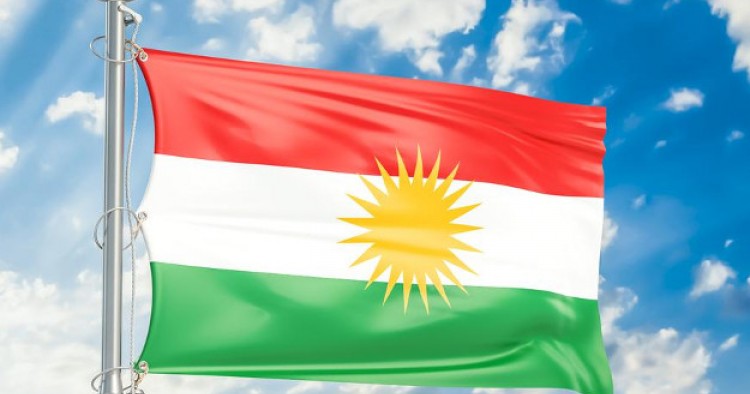 Iranian officials and state-run media outlets continue to label the recent Iraqi Kurdish leaders’ push for independence as an “Israeli project” aimed at countering Iran’s influence in the region. Grand Ayatollah Hossein Nuri Hamedani, a senior Iranian cleric, said this week that Tehran would not “allow a new Israel to take shape in the region.” An article in Fars News Agency, which is affiliated with the Islamic Revolution Guards Corps (I.R.G.C.), echoed a similar view. “The Zionist regime is permanently vulnerable as it lacks a strategic depth. Therefore, a logical option in this regard is to introduce new territories for its continued existence in the region,” argued the piece entitled “Israel Needs a Country Named Kurdistan.” The article opined that Israel is worried about Iran’s growing influence in Iraq and Syria and is therefore hatching a new “plot” in northern Iraq to push back against Tehran and its allies. “The independence of Iraqi Kurdistan and a government based on Zionism thought process in charge of oil resources in Kirkuk could serve as a guarantor of this regime’s existence. Iran’s growing power alongside the axis of resistance and their victory over Daesh and Takfiri terrorist groups have pushed the Zionist regime more than any time before to execute the project of dividing regional countries.” It continued: “That is the reason the Zionist regime has sought to support and have ties with the Kurds, and Tel Aviv continues strategic partnerships with Iraqi Kurds so as to prevent its isolation. On the other hand, it wants to influence regional affairs by partnering with the Kurds.” The article further warned that a potential creation of an independent Kurdish state could further destabilize the region. “Reducing the power of Iran and Turkey through Iraqi Kurdistan’s independence and exploiting an independent Kurdistan as a pressure tool against these countries top this regime’s agenda that could result in conflicts in West Asia.”

Separately, Major General Qassem Soleimani, the head of Iran’s elite Quds Force, praised late Iraqi Kurdish leader and president, Jalal Talabani, for his efforts to preserve Iraq’s unity and territorial integrity. “The current crisis in Iraqi Kurdistan is as a result of Talabani’s absence,” Soleimani wrote in a letter of condolence, referring to the September 25 referendum vote. The Quds Force commander added that Talabani was “a great personality who consistently thought about Iraq’s unity and independence and believed that the rights of all Iraqi ethnicities and religious sects should be enshrined in the constitution within the framework of a unified country.” In a tacit rebuke of Massoud Barzani, the president of Iraqi Kurdistan region, whom Iranian leaders accuse of having ties with Israel, Soleimani claimed that Talabani always blocked the Jewish state’s influence in northern Iraq. “Another peculiarity and eminence of this great personality was that he did not allow the enemies of the Islamic world, particularly the Zionist regime, to gain any legitimacy.” Soleimani also claimed that Talabani considered Iran a friend of the Iraqi people and a “strategic depth for the Muslim community.”

Comment: After Israeli Prime Minister Benjamin Netanyahu declared support for the Kurdish independence, Iranian leaders found another reason to oppose the referendum. They argue that Israel, with U.S. support, aims to create a client state in northern Iraq against the “axis of resistance” – a term Tehran uses for its alliance with Shiite state and non-state actors in Syria, Iraq, Lebanon, Yemen and beyond. “The Zionist regime and the world Arrogance [U.S.] are behind this,” cautioned Major General Hossein Bagheri, the head of the Iranian Armed Forces.

Similarly, the Iranian defense minister said earlier this month that Tehran will work more closely with Baghdad to confront Iraqi Kurdish leaders who seek independence. “Those who plan and implement separatism in Iraq should know that they are playing in in the field of America and the Zionist regime. This is because regional countries need peace, security and stability. And any action contrary to the popular wishes in regional countries is condemned to defeat,” Hatami added.

Ali Akbar Velayati, a top aide to Supreme Leader Ali Khameni on international affairs, also denounced the vote and called Barzani a “puppet of Zionists” who he said was on “the verge of collapse.” He stressed that Iran and its allies would not allow Barzani to create a “second Israel” in Iraq. “The people of Iran and the region will not remain silent to this move and will oppose this wrong step. Mr. Barzani will have no option but to retreat; otherwise he will be confronted.” He further warned that Iran would defend Iraq’s territorial integrity the way it fought for Syria’s unity in the past six years.

In response to the Kurdish vote, Tehran has halted all flights to and from Erbil and Sulaymaniyah in northern Iraq and the Iranian military launched war games near the Kurdish border. The Iranian government is also cooperating more closely with Ankara to undermine Iraqi Kurdistan’s push for independence. In a meeting with visiting Turkish Chief of General Staff Hulusi Akar earlier this month, the Iranian defense minister emphasized that the two countries should join hands in confronting Iraqi Kurdish leaders. “Iran and Turkey will not allow a new scenario of the Zionist regime to materialize in the region,” Hatami was quoted as saying during the meeting with Akar.