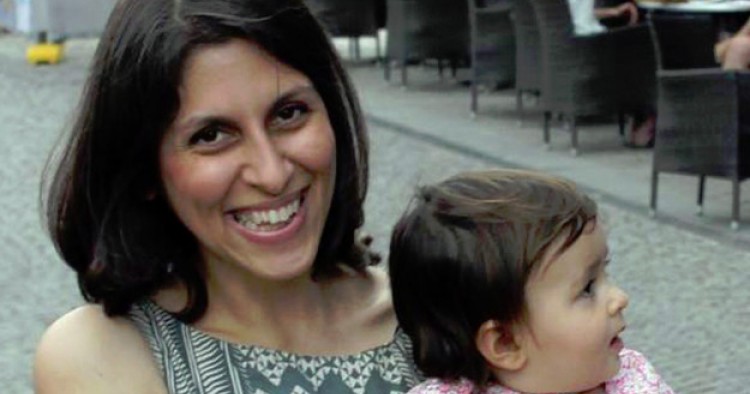 On January 22, the Iranian Judiciary confirmed that a Revolutionary Court in Tehran had upheld a five-year jail term for Nazanin Zaghari-Ratcliffe, a British-Iranian charity worker incarcerated in Iran’s notorious Evin Prison. Judiciary Spokesman Gholam-Hossein Mohseni-Eje'i did not make public the specific charges against her, but called her a “security convict.”

Intelligence agents of the Islamic Revolution Guards Corps (IRGC) arrested Nazanin Zaghari-Ratcliffe last April on spurious “national security” charges when she was returning home from Tehran Airport. Her child, who was with her at the time of the arrest, has been with her grandparents in Iran ever since. In late December, Iranian officials told her that she should either keep her toddler with her in jail or give up custody.

IRGC officials have accused Zaghari-Ratcliffe of “executing media and online campaigns as a member of foreign organizations” to foment a “soft overthrow” of Iran’s Islamic regime – allegations she and her family have strenuously denied.

Her husband has also claimed that the IRGC is using his wife as a “bargaining chip” to secure a decades-old £500 [$620] million debt for a tank deal from the British government.

The imprisonment of Zaghari-Ratcliffee appears to be yet another attempt by IRGC authorities to extort money from the West. They have also arrested several Iranian-Americans to use as a leverage for potential prisoner exchanges with Washington and extract political concessions and monetary ransom. In August, the Obama administration reluctantly conceded that it delayed a $400 million payment to Iran “to retain maximum leverage” and ensure that three American prisoners were released the same day. Many Republican lawmakers described the payment as a “ransom.”