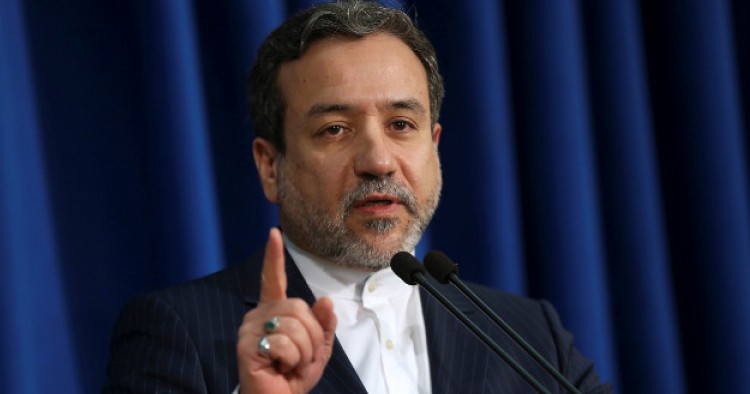 Hours after President Donald Trump signed a legislation imposing new sanctions on Iran (as well as on Russia and North Korea), the Iranian government announced that it will take “appropriate and proportionate” retaliatory measures, including further empowering the Islamic Revolution Guards Corps (I.R.G.C.) and its elite Quds Force. “The aim of these sanctions is to scare economic firms from dealing with Iran,” said Deputy Foreign Minister Abbas Araghchi. “But Europe will continue economic exchanges with Iran,” he added. “To counter this plan, we have entered the judicial power into the field and will strengthen the Revolutionary Guards and the Quds Force.” The new U.S. sanctions target both the I.R.G.C. and Quds Force for their destabilizing role and support for terrorism in the region.

Comment: Earlier today, Trump signed into law new sanctions against Iran, Russia and North Korea. The bill, which requires the Trump administration to devise a strategy for countering Iran’s conventional and asymmetric activities and threats, had been approved by veto-proof majorities in Congress. It also requires the administration to levy new sanctions against the I.R.G.C. and foreign persons affiliated with or doing business with the force.

While the new U.S. sanctions against Iran are mostly related to the country’s ballistic missile program and support for terrorism, Iranian leaders say the new punitive measures are in violation of the nuclear deal Iran signed with the United States and five other world powers two years ago. Yesterday, Tehran also lodged a complained with the United Nations, urging the Joint Commission, which monitors the implementation of the nuclear accord, to take action against Washington. Parliament Speaker Ali Larijani also announced that the Iranian committee supervising the nuclear accord has also devised a 16-article plan to retaliate against the U.S. sanctions.

As the statement by Araghchi and reactions by other Iranian leaders indicate, Tehran is unwilling to negotiate with Washington over its missile program or its role in regional conflicts. As a result, tension between the two countries is set to escalate further and the future of the nuclear agreement is thrown into uncertainty.

As Trump is signaling that he may walk away from the nuclear deal, Tehran hopes that other five parties to the agreement, particularly Germany, Britain and France, will not side with Washington.