Iran Will Reopen All Border Crossings with Iraqi Kurdistan Region 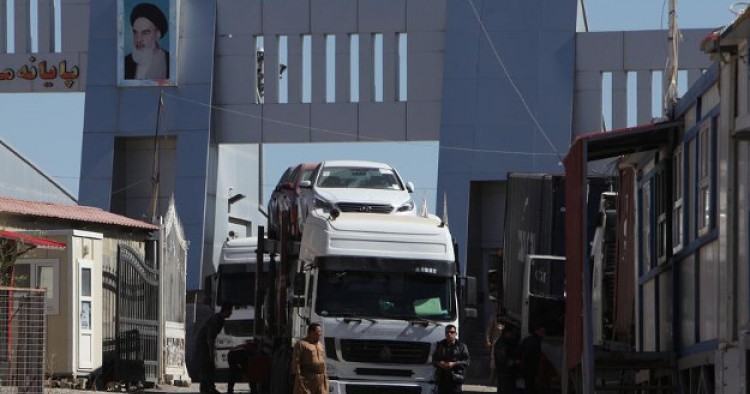 The chief of staff of Iranian Armed Forces said on Monday that the country will reopen all its border crossings with the Iraqi Kurdistan region, Iranian media reported. “Restrictions on borders between Iran and the Iraqi Kurdistan region will soon be lifted within the next days,” Major General Mohammad Hossein Bagheri told reporters. He pointed out that Iran had closed its borders with northern Iraq because if Iraqi Kurdish leaders’ plan to “divide” Iraq succeeded, the country would have descended into chaos and instability with security ramifications for neighboring countries, including Iran. Last week, Iran’s consulate general in the Iraqi Kurdish capital of Erbil announced that the Islamic Republic had reopened the Bashmagh border crossing that links Iran to the Kurdish city of Sulaimaniyah, and added that no decision was yet made regarding reopening of other border crossings. Iranian officials had claimed that they had closed the country’s borders with the Iraqi Kurdistan region after the September 25 independence referendum upon a request from the Baghdad government.

Comment: Bagheri’s comments came as the Iraqi federal government is reasserting its control over disputed areas in northern Iraq, including in the oil-rich province of Kirkuk and over the country’s border crossings with Iran and Turkey. Iraqi Kurdish leader Masoud Barzani has also announced that he will stand down as the Iraqi Kurdistan region’s president, acknowledging that his push for independence has failed – at least for now.

On October 16, an Iranian official from the western province of Kermanshah said that the Parviz Khan border crossing between Iran and Iraq was shut down because of “internal clashes between the Iraqi federal government and Kurdistan region.” Faramorz Akbari, the governor of Ghasreshirin in Kermanshah, added that all trade transactions and transportation through this border entry have temporarily been suspended until the “central government forces replace those of the Kurdistan region along this border.” According to the Iranian official, the closure of the border crossing was at the request of the Baghdad government. “Until the Perviz Khan border is closed, the Khosravi border crossing will be used as an alternative for all transactions,” he added.

Since the September 25 vote, Tehran has joined hands with Baghdad and Ankara to pressure Ebril to cancel the result of the plebiscite. Iran halted all flights to and from Erbil and Sulaymaniyah in northern Iraq and the Iranian military launched war games near the Kurdish border. On October 15, the Iranian government closed the Bashmagh border crossing, and Tehran has been helping Baghdad take control of all border crossings between the two countries.

But while Iranian military leaders and hardliners aimed to punish Erbil over the vote, the business community in Iran expressed the concern that such punitive measures also harmed Iranian businesses. About a quarter of Iranian exports to Iraq go to the Iraqi Kurdistan region.