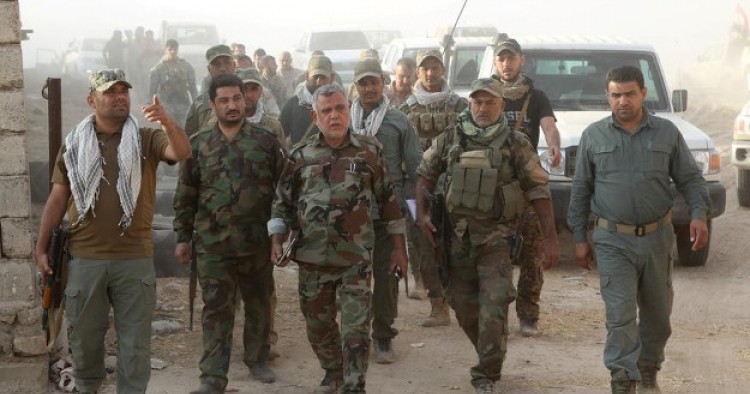 Hadi al-Amiri, the head of the Badr Organization, has said that an alliance of Shiite militia forces that fought against the Islamic State will now shift attention to politics and will participate in the upcoming parliamentary elections. In an interview with the Lebanese al-Mayadeen TV, Amiri said that the Fateh Alliance, a coalition of Iranian-supported Shiite units within the Iraqi Popular Mobilization Force (PMF), will take an active part in the elections and expressed the hope that it can play a major role in the next government.

While Amiri stressed the need for the Shiite militia groups to focus more on politics in post-ISIS Iraq, he emphasized that he and his allies will be ready to take up arms and fight when there is a security threat. “If Iraq faces any danger, I will take up arms and defend it regardless of any political position I may hold.” The Badr commander also cautioned that despite the latest progress in the fight against ISIS, the terrorist group may engage in guerrilla warfare tactics in the near future. But he stressed that “we are ready and mopping-up operations will continue.”

Comment: With the war against ISIS in Iraq officially over, Tehran and its allies in Iraq have stepped up efforts to translate their military gains into political influence. Tehran has been pressuring Baghdad to retain PMF as an independent military institution and has also been aiding PMF groups to prepare for the elections simultaneously.

Several prominent Iranian-backed Shiite PMF groups recently formed the Fatah Alliance to compete in the elections. Led by the Badr Organization’s Hadi al-Amiri, the coalition includes other Iranian-supported groups such as Asa’ib Ahl al-Haq and the Iraqi Hezbollah.

When Iraqi Prime Minister Haider al-Abadi announced in January that he was forming a coalition with the Fatah Alliance, it triggered angry reactions and deep concerns inside and outside Iraq. Shiite Iraqi nationalist leaders such as Muqtada al-Sadr denounced the political alliance. The alliance therefore fell apart after a day.

The participation of Iran-backed militia leaders has provoked concern among Iraqi Sunnis who have been persecuted and marginalized by these sectarian groups in the past. Shiite nationalist leaders and civil society groups in Iraq are also alarmed. The Iraqi newspaper al-Jarida  recently wrote that the Amiri-led alliance is an Iranian effort to impose its will on Iraq. It added that the Badr Organization, Asa'ib Ahl al-Haq, and Harakat al-Nujaba "constitute the nucleus of the Mujahideen Alliance” – referring to the initial name of the coalition.

Amiri’s remarks also indicate that although PMF leaders are gearing up for elections but are unwilling to give up their military roles entirely anytime soon – raising the fear that these groups intend to function like the Lebanese Hezbollah in post-ISIS Iraq.