Iranian women campaign to stop the rise in “honor killings” 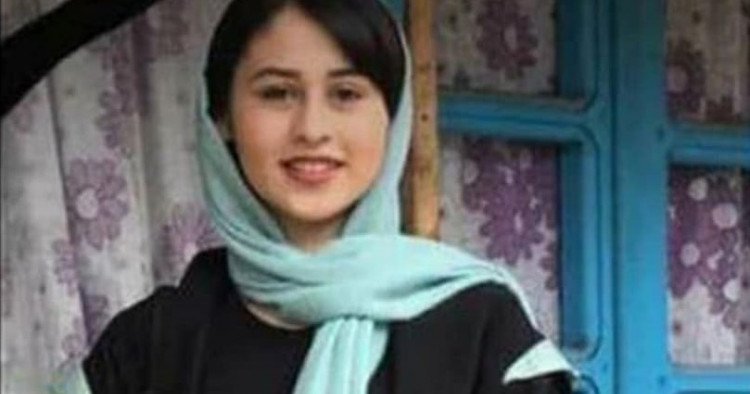 Every year 400-500 women are killed brutally in Iran to protect men’s “honor.” The killers are usually close relatives — often the victim’s father, husband, or brother. According to a report published in The Lancet in October 2020, at least 8,000 such killings were reported in Iran between 2010 and 2014. “The number of honor killing victims is greater than reported as in some cases women were driven to suicide or the cause of the death was not reported as murder but as illness,” according to Dr. Rezvan Moghadam, founder of the Iranian organization Stop Honor Killings. Dr. Moghadam has documented more than 1,200 cases of honor killings in the country. According to research, which will soon be published as a book and made available to the public, these kinds of violent killings of women and girls have been increasing for the last 20 years in different cities and villages in Iran.

Honor killings punish women for bringing “disgrace” upon their families, for example by refusing forced marriages, being the victim of rape, getting divorced, having sexual relationships, or engaging in adultery. Although honor killings are not a new phenomenon, they have been increasing in number in recent years. This is surprising because in many ways Iran is an advanced country. Today more than 90% of Iranians are literate, most have access to the internet, and more than 60% of university students are women. What, then, accounts for the rise in honor killings in Iran’s villages and cities?

A cultural shift and the law on honor killing

A significant reason for this increase in honor killings is because women and girls are becoming more aware of their rights; for example, they are not accepting forced marriage and want to have the freedom to choose their future spouses, their education and jobs, and to be present in public life shoulder to shoulder with men. They are in short demanding their personal freedom. However, at the same time, many Iranian men have not developed modern ideas about personal freedom and gender equity. They enjoy having the power to control women and resist these cultural changes.

Another reason is that the Islamic laws on the books in Iran and the officials within the Iranian state accept honor killings as men’s right over women. The social construct of honor as a value system, norm, and tradition is used as a justification for the perpetration of violence against women, and the patriarchal Iranian system of Islamic law also maintains and has strengthened this kind of violence against women. For example, Article 630 of the Iranian Penal Code allows a man who witnesses his wife having sexual intercourse with another man to kill both of them if he is certain that she is a willing participant. Article 301 stipulates that a father and paternal grandfather are not to be retaliated against for killing their child. According to Islamic law, a father owns his child’s blood and therefore he can go without penalty if he or his father kills his child. Similar laws existed before the Islamic revolution of 1979 and during the Pahlavi monarchy, but at the time the majority of women were largely under men’s control. The new generation of Iranian women, however, which has access to the internet and social media, is much more aware of its rights and does not follow the old cultural norms, resisting discrimination against women and limitations on personal freedom.

Romina Ashrafi and the campaign against honor killings in Iran

In May 2020, the tragic story of a young girl, Romina Ashrafi, was widely shared on social media and broke the hearts of millions of Iranians. Just 13 years old, Ashrafi was beheaded by her own father with a sickle while she slept. She lived with her parents in a village in the north of Iran and ran away with a man whom she wanted to marry but whose family opposed the marriage. The police found her and handed over to her father. That same night, while she was sleeping, her father cut off her head off to maintain his “honor.” This story was shared by hundreds of thousands of Iranians on social media, with users reacting strongly, publishing photos, and writing about her brutal murder. As a result of this tragedy, Iranian social media played a central role in creating greater awareness about honor killings in the country.

After considerable pressure from the public, Ms. Masumeh Ebtekar, then-President Hassan Rouhani’s assistant for women’s issues, reacted by condemning the killing of children. She presented a bill named after Romina to strengthen the punishment for the honor killing of children, which the majority of the members of Iran’s parliament, the Majlis, voted for. The bill, however, was rejected by the Guardian Council, which claimed that the law was against sharia.

The Ashrafi case and the resulting ruling gave rise to a campaign against honor killings initiated by Dr. Moghadam and joined by hundreds of Iranian women human rights activists abroad, across both Europe and the U.S. Dr. Moghadam explained that she was so saddened by Romina’s murder that she had to take action.

The problems with Iran’s current system are clear. Even after significant attention and protests, Romina’s father only received a nine-year sentence — and this is by no means an isolated incident. The murderer of 22-year-old Fatemeh Barhi, another recent victim of honor killing in Iran, was freed from prison after serving only two months.

According to Dr. Moghadam, women and girls are not the only victims of honor killings either; they also include men whose families discover that they are homosexual. For example, a 20-year-old man, Alireza Fazeli Monfared, was the victim of an honor killing just a few months ago. Monfared’s own brother and a cousin slit his throat and dumped his body after discovering his sexuality. The campaign to stop honor killing aims to raise awareness about such crimes and suggest new laws to put an end to these murders.

Iranian women’s grassroots organizations inside Iran and in the diaspora have created international alliances that have been active over the last year since the killing of Ashrafi through the campaign against honor killings. With the slogan “Women are no one’s property,” the campaign has emphasized the message that no one is defined as another person’s “honor.” Through this effort, women’s rights activists inside Iran began to talk with men and families about honor killings and document the murders. These killings are the most extreme and horrible type of violence against women, and the majority of Iranians, no matter their political opinions, religion, or ethnicity, agree that they should be stopped. To this end, the movement connects, mobilizes, and organizes Iranian women’s rights activists and groups inside Iran and globally to take action to stop the violence. This campaign can also be a building block for future efforts, to be developed into a larger movement for women’s rights in Iran more broadly.

Ebrahim Raisi was sworn in as Iran’s new president on Aug. 5, 2021 and many Iranians are expecting women and youth to face new difficulties under his hardline administration. The hardliners’ interpretation of Islamic law regarding honor killings will not allow for any changes, and this will only create more intense tension between women’s rights activists involved in the campaign against honor killings and the government. This is a broader trend as well — one not limited to just this issue. We are witnessing more conflicts and distrust between the Islamic regime on one side and ordinary people on the other, as seen in recent weeks in the protests in Khuzestan Province over water shortages. While activists with the campaign against honor killings will not be able to change Islamic law, and they can expect to be arrested and accused of activities against the regime and Islamic law, Iranian women nevertheless continue to courageously fight for women’s rights because they believe they can make life better for the next generation, with the goal that one day they will be able to live in freedom and peace.