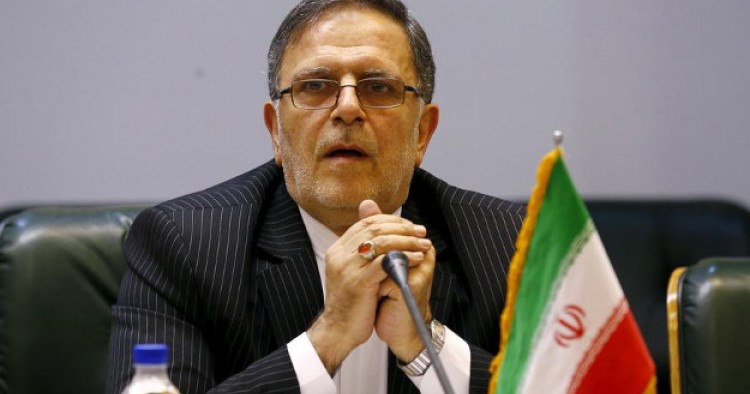 Valiollah Seif, the head of the Central Bank of Iran (C.B.I.), has traveled to Ankara to meet with his Turkish counterpart and finalize a plan to do trade exchanges based on currency swap, Tasnim News Agency reported. He expressed the hope that the move would help the two countries efforts to meet their goal of boosting the volume of annual bilateral trade to $30 billion. “We are trying to finalize… trade exchanges on the basis of currency swap with the Turkish side at the earliest opportunity and sign the necessary documents at the first meeting of the joint economic commission of the two countries that will be held soon,” Seif explained.

Comment: Trade was a key agenda item for Turkish President Recep Tayyip Erdogan when he visited Tehran earlier this month. The Turkish delegation included several cabinet members, including the ministers of energy, economy, customs and trade, and culture and tourism. The two sides signed several trade agreements. After their meeting, Erdogan and his Iranian counterpart Hassan Rouhani announced that Tehran and Ankara will take necessary measures to triple the annual volume of bilateral trade to $30 billion in the near future. The two sides also agreed to use Iranian and Turkish currencies instead of dollar for future transactions – a move that both countries hope will help shore up their declining currencies. As part of one agreement reached between the two sides, Turkey would import more gas from Iran and Tehran would facilitate more Turkish investment in Iran’s energy industry.

The amount of annual trade between Iran and Turkey had surpassed $20 billion in 2012, but it plummeted to under $10 billion last year. While most nuclear-related sanctions against Tehran were lifted in January 2016 after signing of the nuclear deal between Iran and world powers, existing U.S. sanctions have deterred foreign governments and companies to do business with Iran and have limited Iran’s access to international financial system and foreign banks. To address the issue, the Iranian and Turkish delegations discussed ways to facilitate banking relations: Iran’s Central Bank will open branches in Turkey, and Turkish Central Bank will do so in Iran. Iranian and Turkish officials have also signed new agreements to ease customs and border security restrictions to facilitate trade.